En español |Q. What's the story on reports that cellphone numbers are about to be released to telemarketers?

A. Same as always — it's not true, despite warnings in the latest wave of an e-mail that's been reappearing every few months since 2004. In the newest version, which began circulating over the summer, the claim is that all cell numbers will "go public this month" and that you'll get telemarketing calls unless you register your number on the federal Do Not Call list.

Like previous versions of the e-mail — widely forwarded by well-meaning friends — this new one has an air of authenticity because it gives the actual Do Not Call registration number, 1-888-382-1222. But though cellphones can be registered by calling that number or going to the list's website, there's no need because most telemarketers use automated dialers, and federal regulations already prohibit using those systems for dialing cellphones without consumers' consent.

One clue that the latest e-mail is just a rehash of years-old versions: It says that Do Not Call registration will block unwanted calls for five years. That was the original time period when the list began in 2003. But since February 2008, any phone number on the federal registry remains off-limits to telemarketers permanently unless it's removed by its subscriber.

This scare is now a leading urban legend. It may have resulted from talk many years ago about compiling a national directory of cell numbers. That hasn't happened because of cost and privacy concerns, but even if it did, listings in such a directory would be on a voluntary basis, intended for contractors and other out-and-around business people who want their cellphones to be findable in a 411 directory. If you took no action, your number would not be listed. Some small cellphone directories managed by private businesses do exist, but their listings are also strictly voluntary. 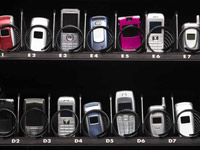