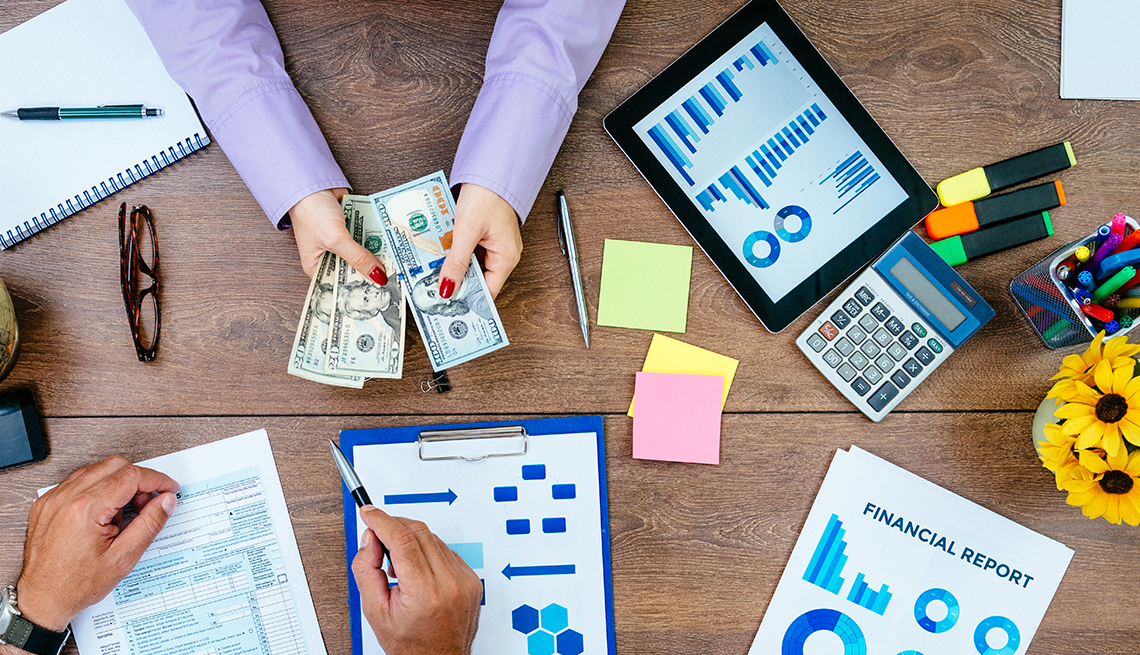 En español | My advice is always to have cash working hard but to keep it safe. Let me offer a couple of solutions for your dollars.

A critical way to begin is to avoid these two common mistakes: greed and laziness. Let's start with greed. I see so many people making foolish decisions in the pursuit of more income — sometimes called reaching for yield. These investors will buy a high-yield bond or high-yield bond funds to get those high yields. But these bonds are also known as junk bonds, and for good reason. They have ultra low credit ratings, which makes them vulnerable to default when the economy turns down. Junk bonds are not only more volatile than high-quality bonds, but they tend to plunge when stocks do — exactly the opposite of what you expect from bonds. In 2008, for example, stocks tumbled 37 percent, and high-yield bonds fell 26.2 percent.

Junk bonds aren't the only investments that disappoint when people reach for yield. Those who bought high-yielding energy-limited partnership funds in 2015 watched them blow up, losing an average 34.8 percent — including reinvested dividends.

On the opposite end of the spectrum are individuals who leave huge sums of money in their bank or investment accounts earning well under 0.25 percent annually. After taxes and inflation (currently at 2.1 percent a year), that's just giving money away. So consider these two options:

Stash your cash in the right places

According to the Federal Deposit Insurance Corp. (FDIC), as of Jan. 27, 2020, the average interest checking account paid only 0.06 percent annually. Bank savings accounts yielded 0.09 percent, and bank money market accounts yielded slightly more, at 0.16 percent. For each $10,000, you earn only between $6 and $16 a year.

Some banks and credit unions pay far more. I regularly look at sites like DepositAccounts and Bankrate. These show some banks and credit unions paying 2 percent or more, which equates to $200 a year for each $10,000. Make sure you are stashing cash in a bank or credit union backed by either the FDIC or the National Credit Union Administration (NCUA), both government agencies. There are some institutions that offer higher rates, but those investments are not backed by the federal government. Stashing cash in these falls under the category of greed, mentioned earlier, which may result in your losing some or all of your principal.

Use CDs that are better than bonds

As of Jan. 29, 2020, a five-year Treasury bond is yielding 1.41 percent, so you earn $141 annually on your $10,000. A Vanguard Treasury bond fund (VGIT) brings a tad more, at 1.59 percent. You may get slightly more on a tax-adjusted basis, because states don't tax U.S. Treasury interest. Nevertheless, your tax bump will be fairly small.

Five-year Treasury note yields are actually higher than the average five-year CD (1.13 percent), but you don't have to settle for average. Investopedia, along with DepositAccounts and Bankrate, is a good site on which to find great CD rates. Rates for five-year CDs are as high as 2.70 percent, though you may have to pay $5 to qualify to join a credit union and open a $50 savings account. Each $10,000 nets you as much as $270 a year in interest.

I happen to like finding CDs that pay higher rates as well as offer a small early-withdrawal penalty. That's because if rates rise, you can pay that small penalty and reinvest it in that same institution or anywhere else that will offer a higher rate. For example, Ally Bank's five-year CD yields 2.15 percent and has only a five-month penalty. If rates rose by a percentage point, you could pay the penalty of 0.90 percent so you could earn 1 percent more per year for the next four years.

This is superior to bond and bond funds, as bonds lose value if interest rates rise. By my estimation, an intermediate-term bond or bond fund would lose about 3 percent of its value (including the interest payment) with that 1 percentage point increase in rates in one year. With that Ally CD, you'd earn about 1.25 percent after paying the penalty (2.15 percent less the 0.90 percent penalty).

Always read the fine print before opening CDs, and make sure you stay below the federal insurance limits of $250,000 per depositor. Most people who title the CDs right can get well over $1 million of insurance at each institution. For example, a joint account is insured to $500,000, and each spouse can have an individual account with $250,000 of insurance. Titling with your children payable upon death (POD) can get you even more insurance.

"My advice is not to get greedy and shoot for income that has you losing your money or being lazy and safely earning virtually nothing on your cash." — Allan Roth

A common mistake I see is people thinking that the FDIC/NCUA insurance is per account — that is not the case. If a single person had two $200,000 accounts just in her own name at the same institution, she has only $250,000 of insurance and has $150,000 uninsured. The FDIC has an insurance calculator you can use if you are in the fortunate position of having this much cash.

Understand that if you have tens or hundreds of thousands of dollars in cash, these ideas can add up quickly and, over time, make a huge difference in your retirement.

My advice is not to get greedy and shoot for income that has you losing your money or being lazy and safely earning virtually nothing on your cash. These strategies may take just an hour or two to implement and may earn you from hundreds to thousands of dollars a year. Sometimes I tell clients to reward themselves by taking a small portion of the extra money they earn and treating themselves to a guilty pleasure they've been wanting. Giving yourself a little carrot to aim for can be a good motivator to keep you on a path to safely earning more every year.

More on Managing Your Assets