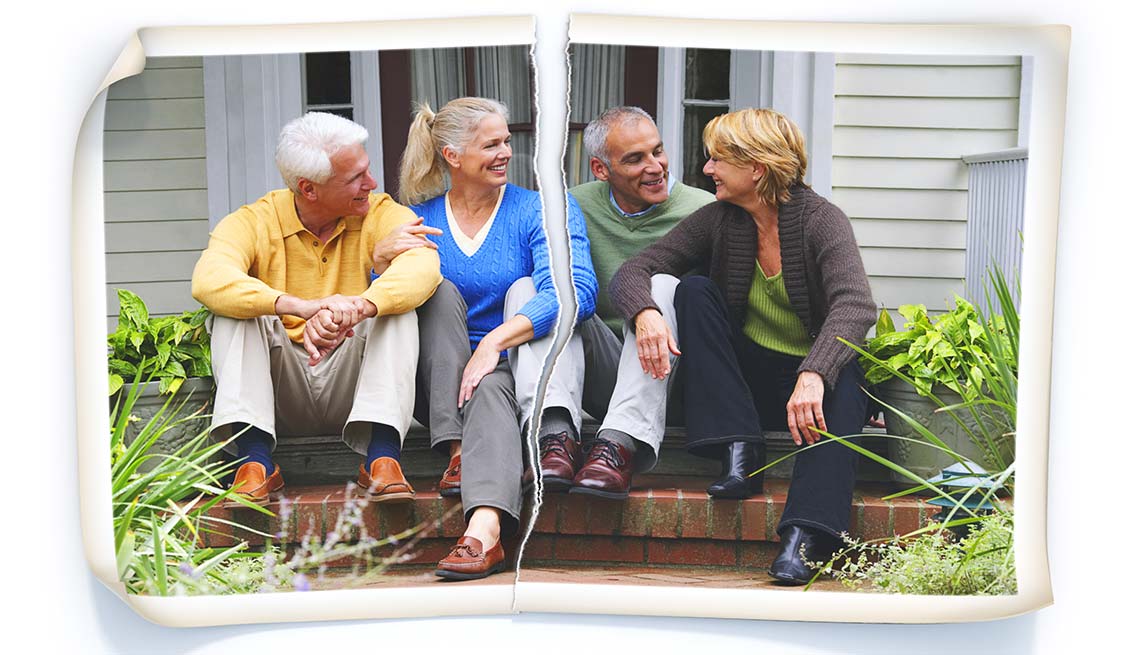 Keeping a vacation home in the family is a tricky business with the potential to rupture sibling relationships.

En español | The family rift lasted 17 years, beginning in 1988 when Olivia Boyce-Abel's mother died and left a large tract of land on the South Carolina coast. As Boyce-Abel and her three siblings disagreed over the fate of the property, which included an old family vacation home, the siblings became estranged. "We didn't even tell each other what was going on in our lives — like the birth of a child," says Boyce-Abel, who was 34 when her mother died and she became executor of her estate. "We missed many family get-togethers and celebrations."

The dispute prompted three lawsuits and took eight years to resolve. Eventually, some of the land went into conservation easements while the rest was divided among the siblings. But it was another nine years before the siblings reconciled. "It took many years to heal before we could spend Christmases together again," says Boyce-Abel. "It isn't the way it used to be, but now we see each other at least yearly."

Boyce-Abel's tale represents the dark side of what can happen when siblings inherit their parents' home, whether it's a primary residence or a vacation cottage where the family spent memorable summers. Sadly, it's not a rare story, estate planners and attorneys say. Despite parents' best intentions to assure future generations of family togetherness, an inherited home often triggers lifetime grudges and, at worst, lawsuits.

See also: Test your estate planning smarts with this quiz

"You envision your kids and their children having similar wonderful memories as they lovingly share the beach house. But before you know it, they're all fighting over who gets to use the beach house on Memorial Day weekend versus July Fourth — and what color the drapes should be, or who's going to pay for the new back deck," says Florida probate litigator John Pankauski in his e-book Pankauski's Probate Litigation Guide: Top 10 Probate Mistakes Revealed.

"You never really know someone until you share an inheritance with them," Pankauski says.

You and your siblings have just inherited your parents' home. Now what?

A growing number of boomers will likely go through this experience. The generation is expected to inherit $8.4 trillion, according to a MetLife report. A large portion of that likely will be in real estate because of the high rate of home ownership among older Americans, who also prefer to stay in their houses as long as they can, according to the AARP Public Policy Institute.

For some families, inheriting a house is a harmonious affair. That was the case for retired publishing executive Robert Smith and his three siblings, who inherited a lakefront vacation home in northeastern Pennsylvania more than 30 years ago. "From the start, the four of us figured out how to manage the property," says Smith, who lives in the Washington suburbs. "We wanted to make sure the house stayed within the family, but realized it could be unmanageable if we had too many owners on the management committee." So the siblings drew up a notarized agreement and filed it in a Pennsylvania courthouse. They agreed that only their parents' blood relatives (in other words, no spouses) could be owners, and they limited decision-making to a four-member management committee. There are only general guidelines, no formal rules, for assigning use of the six-bedroom lake house. Each of the four siblings' families gets two weeks during the prime time of July and August, although everyone is welcome on July 4. In May, June and September, the house is open to anyone; the rest of the year, it's closed. "We've always tried to keep communications clear, to sit down and discuss everything," Smith says.

"Sibling co-ownership can work," adds Arlington, Va., estate attorney Donald Manning. "But it's the exception, not the rule, because it involves money issues—and money usually brings out the worst in people."

Add the emotional stress of a parent's death and conflict is almost inevitable, estate attorneys say. "When Mom and Dad are still alive, the family tends to get along, but once they are gone, it is not unusual for the family dynamic to change," says David Fry, coauthor of Saving the Family Cottage. "Old grudges and jealousies reemerge—'He stole my bike when I was 12'—and retribution comes to the surface."

Spouses may aggravate those feelings, Fry adds. "Siblings tend to be more forgiving of other siblings, but spouses don't have the same motivation to compromise. So the [married] sibling can be caught between his or her spouse and sibling, and that can cause real problems."

Unfortunately, "we're seeing disputes a lot more often," notes New York elder-law attorney Bernard Krooks. "It's just awful." The sluggish economy also plays a role, as some financially strapped siblings seek to cash out of a longtime investment. Inevitably, there are arguments over the value of the house and payout terms.

Such disputes were certainly the case in 2008, at the height of the recession, says Seattle attorney Wendy Goffe. But disputes, she says, can also be more personal in nature. "One owner objects to something the other owner is doing and wants to get out. One may be smoking or bringing dogs, or even peanut butter, into the house when the other is allergic to smoke, dogs or peanut butter," Goffe says. "If they can't agree on minor things, it's very hard to work out big issues, like replacing the roof."

Upstate New York real-estate agent Mike Smith (no relation to Robert Smith) has frequently encountered these bitter disputes when he lists inherited houses for sale. One stands out: Four siblings fought for more than a decade over their mother's home, an apartment in a four-unit building that she owned. After a judge ordered them to sell the building, the two coexecutors went to Smith's office to sign the listing agreement. "Here they were, each one in their late 70s, calling the other a liar. One side argued that one of the other siblings was responsible for caring for their ailing mother; the other accused that sibling of taking advantage of the situation by living there rent-free. They were like 8-year-olds." 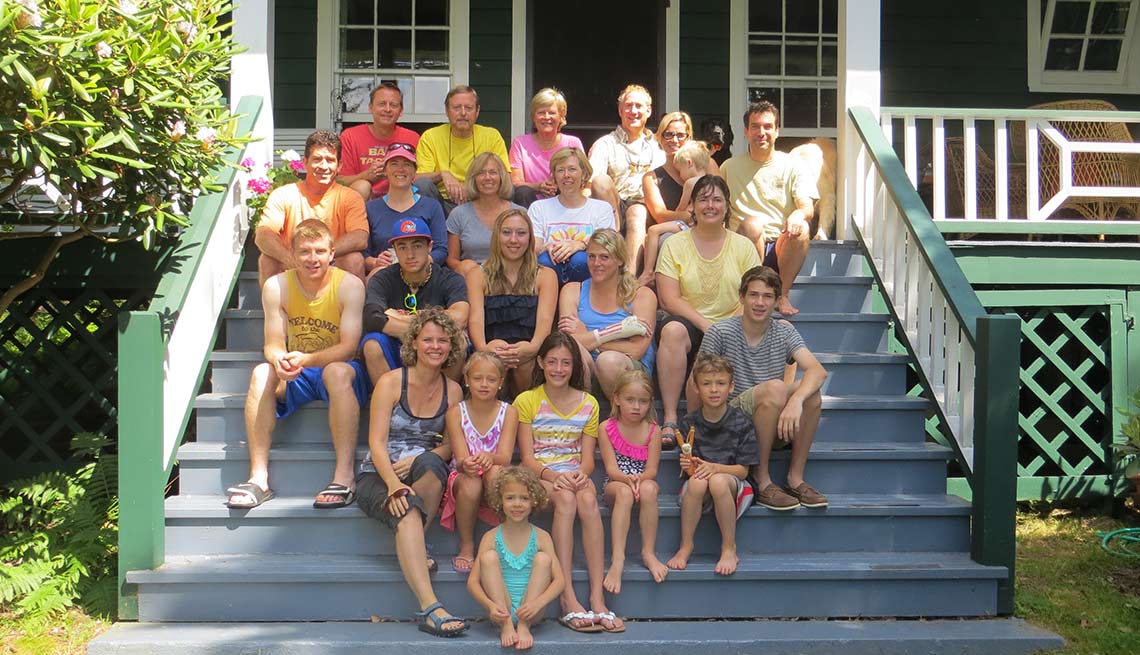 It can be done, but it takes planning: The Smith family figured out a harmonious structure to keep a beloved lakefront vacation home in their family.

Fortunately, Smith said, he and his four sisters avoided such acrimony when they had to sell his parents' Dalton, N.Y., house. Still, it wasn't easy. "Everyone wanted to sell the house, but one sister had a friend who was interested in buying, so she wanted to weigh in on approving any buyer. I said no, it was strictly a business decision."

Dealing with a parent's primary residence can be thorny, says Wilmington, Del., CPA Jordon Rosen, former president of the National Association of Estate Planners and Councils. Frequently, he says, an adult child may be living at home, taking care of the aging parent or having nowhere else to go. "The parent wants to leave the home to that one child — even if the child doesn't have the resources to maintain it. That causes a rift with other siblings who don't want to kick their brother or sister out, but also don't want to kick in money to maintain the home."

Even worse, Rosen says, is when a parent puts one child's name on the deed, thinking that will facilitate end-of-life financial management and avoid probate. "That's the worst estate planning move you can make," Rosen says. Why? The house automatically goes to the child whose name is on the deed; he or she owns it outright, even if the parent intended for it to be shared. The parent may think the child will do what's fair and share the proceeds. But often that doesn't happen.

Estate planners say the best way to avoid disputes is to have a family discussion while the parents are still alive, to explore everyone's expectations and desires. "It's a difficult conversation to have," Krooks says. It involves talking about Mom and Dad dying, and it also may force the children to admit what parents may not want to hear: that they have no desire to hold onto a property their parents loved. Boyce-Abel says, "The biggest problems come from misunderstandings, assumptions and lack of clear, direct communication." She now applies the lessons she learned from her own family's dispute to help others avoid the same fate.

"I encourage families to start planning for the future now — to have an open, candid conversation while everyone is still alive," Boyce-Abel says. "If my mother had been able to sit down and have a conversation with all of us, that would have made a huge difference. The four of us could have all been on the same page and avoided 17 years of estrangement."