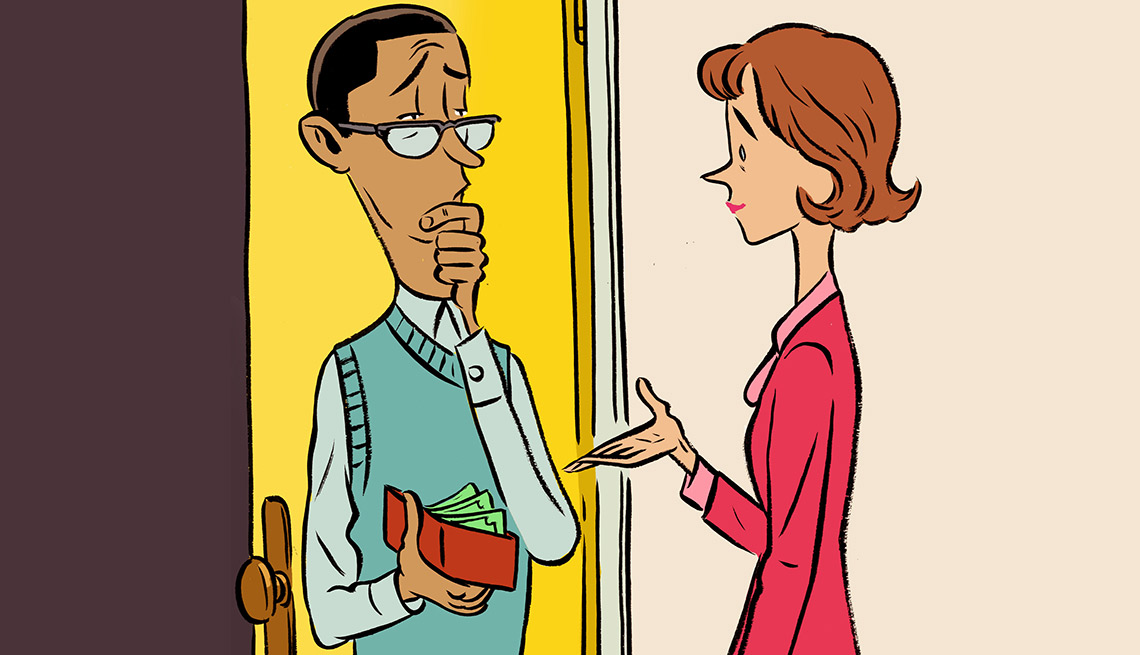 More and more people age 50 or older are borrowing money via peer-to-peer loans.

En español | Would you borrow money from a neighbor to pay down your credit card debt? How about from someone in the next town or across the country? A growing number of Americans are doing just that through peer-to-peer lenders, two examples being Prosper and Lending Club. And Prosper says more than a third of its borrowers are 50 or older. "The borrower gets a lower interest rate than what would be likely for a credit card advance or bank loan," says Peter Renton, publisher and founder of LendAcademy.com.

Interest rates for borrowers are set according to their creditworthiness but are generally below 12 percent for credit card consolidation loans, which make up the lion's share of business at Lending Club, the market leader. This year, around $7.6 billion in loans will be made, according to Renaud Laplanche, Lending Club's CEO. Interested? Here's what to know before you take the plunge.

Price is the big driver for borrowers looking to consolidate credit card debt, and it would be wise to lock in a fixed-rate loan as interest rates begin to rise. For loans of $1,000 to $35,000, says Renton, you generally need a credit score of 640 (Prosper) to 660 (Lending Club) or higher to qualify. With both lenders, origination fees for processing the loan are based on your credit score. If you have excellent credit, you could land a 7 percent rate on a three-year loan, with an origination fee of 1 percent of your balance. If you have good credit, you could pay 15 percent, with a 3 or 4 percent origination fee.

Tackling student or parent PLUS loans

While lender SoFi assesses credit scores in its decisions, it also weighs employment prospects and future income growth. The company refinances student loans down to 3.5 to 5 percent from 7 to 8 percent, which saves some borrowers an average of nearly $12,000 on interest, says cofounder Daniel Macklin. And here's a switch for PLUS borrowers: SoFi's underwriting process will likely rate your newly minted graduate's ability to pay as better than yours.

Since the credit crisis, it's been tough for small businesses to get financing, says New York–based attorney Georgia Quinn, who specializes in peer-to-peer lending. And all too many businesses end up in "the valley of death," where they fail before they can build the revenue they need to keep going. New lenders such as OnDeck and Kabbage have opened the spigots. And by harnessing technology — applicants often provide access to their QuickBooks accounts; lenders also pull information from Yelp, Amazon, eBay and other data sources — loan providers can make speedy decisions. Borrowers get their money in days, which can make the difference between staying in business and closing the doors.

Just because someone will lend money to you doesn't mean you should borrow it. "You always want to take the shortest loan term and borrow the least amount of money you can afford," says Renton.