Q. I have a reverse mortgage but the value of my home has dropped significantly. My children want to keep my home after I die. Will they have to pay off the mortgage balance, even if it's higher than the market value of the home? 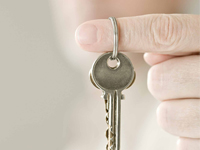 A. Reverse mortgages offer older homeowners a way to tap home equity to meet financial needs in retirement. Borrowers are not required to make monthly payments to repay the loan. Instead, they receive payments, often month to month, that cause the loan balance to increase over time. The loan becomes due when the homeowner dies, moves or sells the home.

Under current lending policy, if your house declines in value, and the balance of the reverse mortgage becomes higher than the home's market value, your children would still be required to repay the full balance if they wanted to keep the home.

But AARP is challenging this policy in a lawsuit it filed against the U.S. Department of Housing and Urban Development on behalf of three plaintiffs. All are surviving spouses of reverse mortgage borrowers and are facing foreclosure on the homes where they live.

AARP says that in 2008 HUD illegally and without notice reversed a special protection for borrowers of reverse mortgages. Up until that time, AARP maintains, HUD rules clearly stated that at the time of repayment, a borrower or heir would never owe more than the home was worth.

HUD has declined to comment on the suit. But in a 2008 letter it stated that the rule in question was never meant to imply that heirs or a surviving spouse who was not a cosigner on the mortgage could pay off the loan just by paying the market value of the house.