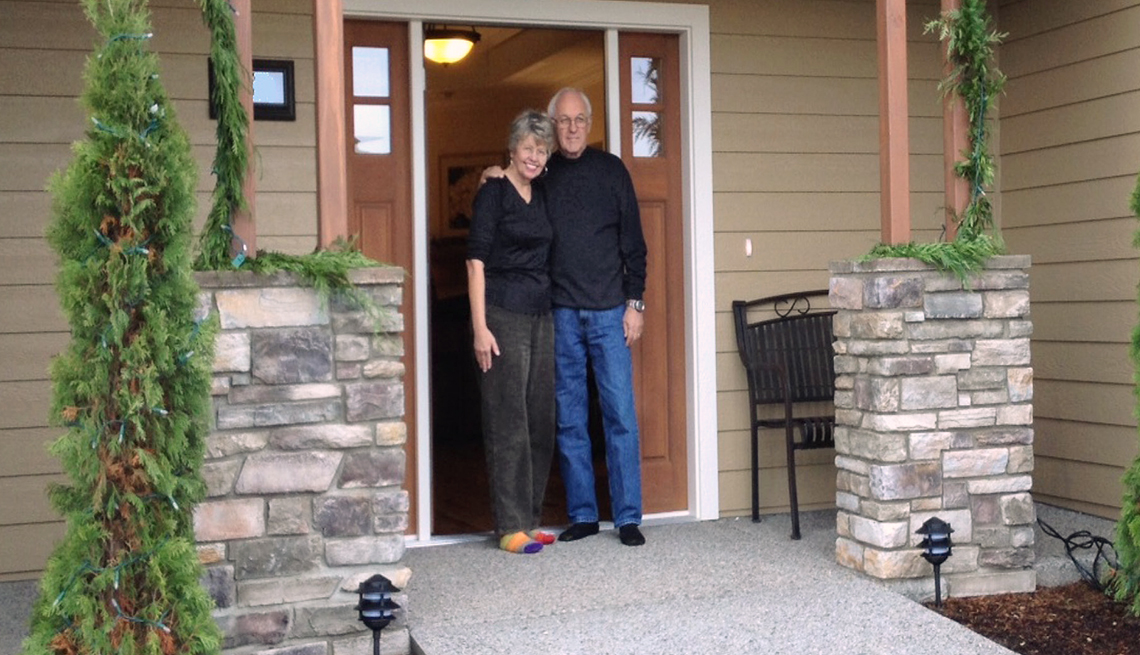 Sharon and Howard Johnson of Central Point, Ore., have modified their home with updates that will allow them to more easily age in place.

While it’s common to daydream of someday moving to a sunny clime or exotic locale, a clear majority of American adults would prefer to stay in their current home as long as possible, a new AARP survey of adults age 50-plus reveals. But only 46 percent think that will be possible.

More than 3 in 4 people — 77 percent — agree with the statement, “I’d really like to remain in my community for as long as possible,” according to AARP’s “Home and Community Preferences Survey,” conducted by NORC at the University of Chicago. Nearly the same number hope to stay in their current house. But only about half of adults 50-plus think they’ll be able to stay put. “We know that most people want to stay in their own homes, and the fact that many won’t be able to says that we need to do more to ensure that people age the way they want to,” says Joanne Binette, senior research adviser for AARP policy research and international affairs. Among the poll’s other findings:

The full study can be found here.