When it comes to lending money, it's a fine line between being generous and being a sucker. These real-life scenarios* will help you create your own ground rules for giving. 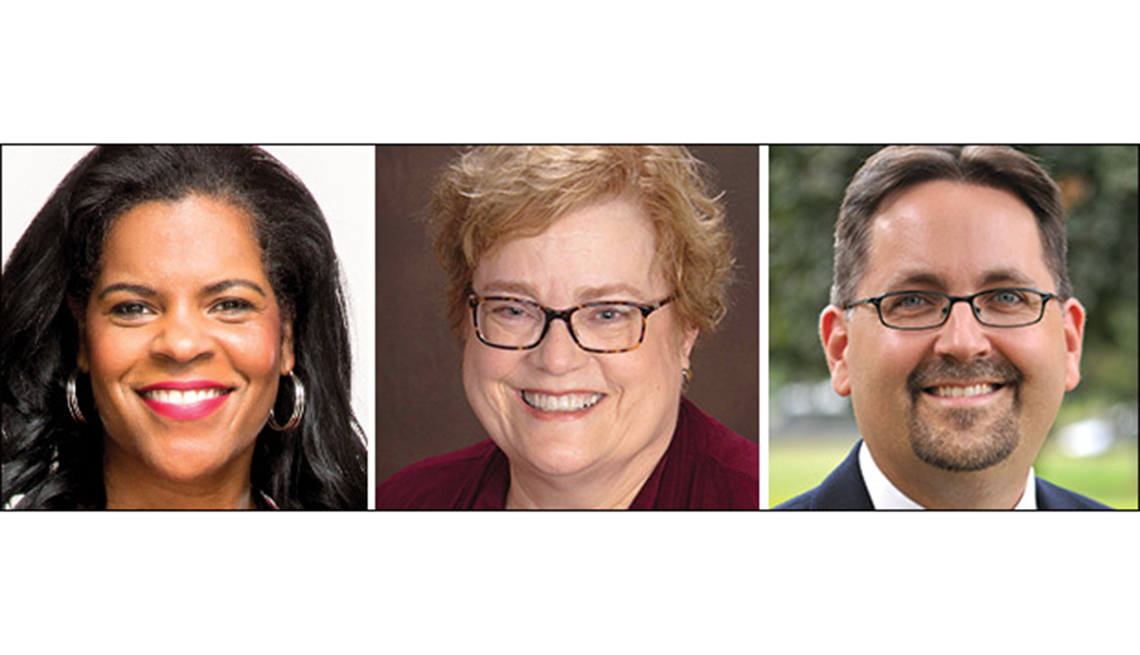 To help us assess each situation, we turned to three authorities for their unique perspectives.

In each case, what would you do? 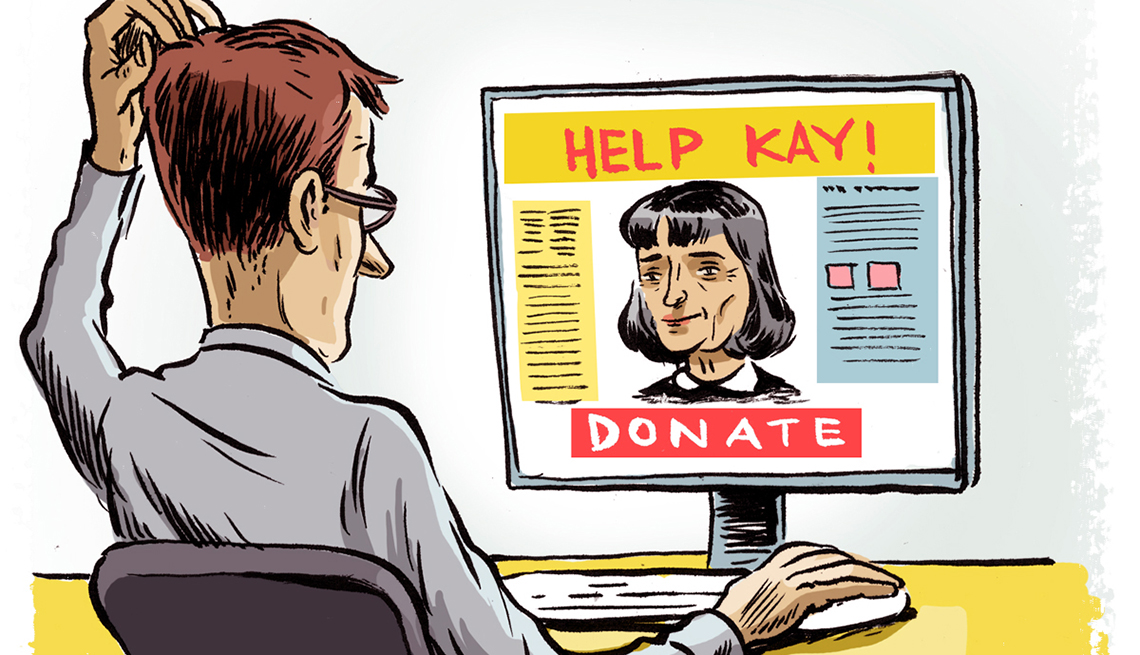 Some people who fall on hard financial times use crowd-funding websites as fundraisers.

The ask: Penny, a friend and coworker of Kay Goggin, 58, is seriously injured in a boating accident, and her medical expenses have siphoned her savings account and maxed out her credit cards. Kay solicits donations for Penny on the crowd-funding website Indiegogo and shares Penny's story, along with a donation link, on social media. Should Kay's friends contribute?

Financial expert: I'd be inclined to donate. The website is just a modern-day tool used to reach the widest audience to raise funds, and having Kay's endorsement matters. But if an unfamiliar person makes a request, ignore it: Con artists are everywhere.

Ethicist: Don't feel pressure to donate. Ask yourself, "Can I afford it? Do I want to support this cause or this person?" The beauty of online appeals is that they make it easier to donate only what you can afford to give.

Minister: Some people prefer to help someone whose story they know, even if they don't know that person well, rather than make a donation to a charity.

Bottom line: Within two weeks, $6,500 was raised to cover Penny's expenses. Donations ranged from $10 to $1,000, with more than three dozen people chipping in. A second fundraiser brought in an additional $4,000.

If you aren't sure whether you can afford to make a loan to a friend or family member, seek out professional financial advice so you can get an unbiased opinion. Be sure to express your concerns directly to the person to whom you're lending the money. Even though you are better off assuming you'll never see the loaned money again, there are some simple ways to protect yourself if you decide to give a handout.

Write up a loan agreement that states how much you are lending, how it will be paid back (installments or lump sum), with or without interest, and over what period of time. Then both parties sign. It may not hold up in court, but it can help if for some reason the borrower challenges your memory.

If you lend money to a painter and he can't repay it, ask him to paint your living room in return.

Keep the borrower's Rolex or diamond ring while the loan is outstanding. When she pays up, give it back.

If you think of the loan as a gift, any amount you get back will be a pleasant surprise, finance expert Lynnette Khalfani-Cox says.

The ask: Cynthia Allen's stepdaughter, Grace, wants to attend an expensive performing arts college on the East Coast. Grace asks Cynthia, 52, and her dad, George, 56, to cosign a $20,000 student loan for the first semester. The Allens have seven children, however, and if Grace defaults on the loan, the couple would not be able to recover financially. They believe the school is too expensive and would put Grace into too much debt, so they advise her to attend an affordable state college. Grace threatens that if they don't cosign the loan, she will "never talk to you again for as long as I live."

Financial expert: Emotional blackmail and ultimatums are sure signs that this is going to end badly. There is no way Cynthia and George should make this loan. Parents would be wise to call their kids' bluffs.

Ethicist: No! This child needs to grow up, and cosigning the loan would only encourage her current behavior. This couple needs to hold the line while saying their door is always open. They are doing the child a favor by discouraging her from graduating with a pile of debt, even if she doesn't realize it.

Minister: No, don't do it. Cynthia and George have some responsibility to model wisdom for a still-young daughter, and not cosigning a loan when you can't afford it is wisdom.

Bottom line: The Allens told Grace they could not, in good conscience, cosign on the loan. Grace has not spoken to them since. She got an aunt to cosign instead, but after her freshman year, she was not invited back to school; she has had a difficult time repaying the loan.

The Friend Who Wants More

The ask: Danielle Coulanges, 59, a schoolteacher in Texas, gets a windfall from a home sale. Her best friend of two decades, Melissa, is drowning in debt. She works full time, but her husband is a student and they have two preschoolers. Danielle gives her siblings and Melissa each $5,000, but Melissa asks for an additional $10,000 as a loan to pay off credit card balances.

Financial expert: This is probably a bad idea and could end a beautiful friendship. Even though the request tugs at Danielle's heart, her friend is unlikely to repay such a large loan.

Ethicist: Danielle should make the loan only if she wants to do it and can afford the loss.

Minister: If Danielle doesn't need the money, then she can go ahead. People in this situation may sense that by giving more, they will be growing their trust in God. That's what it takes to give away stuff, doesn't it? Trust in the God who said, "Don't worry about tomorrow"?

Bottom line: Danielle lent Melissa $10,000. Melissa's husband graduated and has a full-time job; the couple's finances are solid. The loan is more than halfway paid off, and the two women are still good friends.

The ask: Barbara Richards, 60, of Washington state, is one of five siblings. Her sister Joan is struggling financially and, when Joan's 22-year-old son commits suicide, she asks her brothers and sisters to lend her a total of $6,000 for the funeral. They can't cover it, so Barbara suggests a lower-cost option, such as cremation. Joan refuses.

Financial expert: If Barbara is able to help with even a partial loan of some kind, it might help ease Joan's suffering and be a gesture her sister would remember.

Ethicist: The first rule: Do no harm. She should give the money only if it won't hurt her own finances.

Minister: Generosity does not mean lending money you don't have. Barbara should explain to Joan that she and the family can't afford it and tell her the offer stands to help with a less expensive funeral and burial.

Bottom line: Her siblings couldn't help, so Joan got the money for the funeral, cemetery plot and headstone from friends. The family, however, remains close and still gets together on holidays.

The ask: Steve Fisher's longtime Guatemalan nanny, Sonia, is a political refugee. She asks Steve if she can have a $5,000 loan when her brother is kidnapped and held for ransom in his native country. Although Steve, 53, can't verify the kidnapping, he does some research and discovers that kidnappings are relatively common even among lower-income families in Guatemala, and he is inclined to believe his employee's story.

Financial expert: This could be a con, but Steve could look at it as a potentially lifesaving gift and not expect to be repaid.

Ethicist: If Steve can afford to give the $5,000, he should, but he should also be comfortable with never seeing the money again.

Minister: He should give her the money if he's got it. What would the consequences be if he didn't and she was telling the truth? Most of us would want to be the kind of person who would help in this type of situation.

Bottom line: Steve gave Sonia $1,000 toward the $5,000 ransom. She raised the rest of the money from other sources, and her brother was freed. She paid off the loan. 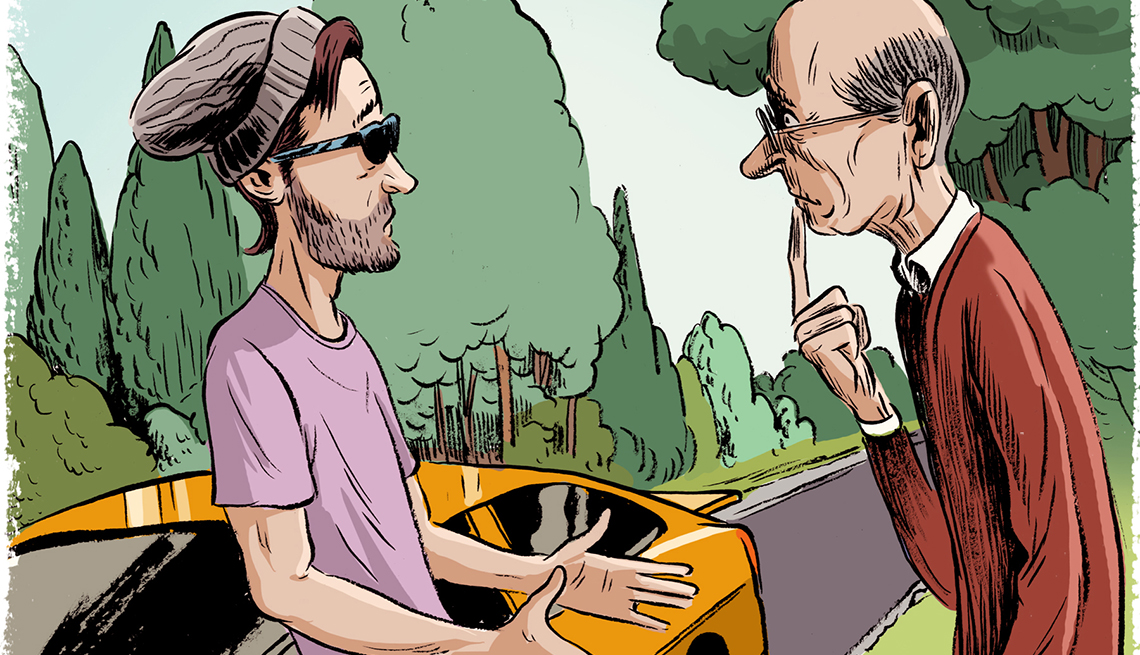 Make sure to set boundaries with family members who always have money problems.

The ask: Florida dentist Frank Chase, 80, comes from a large family. His nephew Josh (married with one child) lives beyond his means, used up his child's college fund and goes from sibling to sibling, then to aunts, uncles and cousins, asking for loans. Why does Josh have to keep making the rounds? Because he never repays what he borrows. Should Uncle Frank buy into one of his nephew's frequent requests to borrow money for expenses such as a car payment, or help with his rent?

Financial expert: No loan here! Josh is an adult who needs to become financially responsible. Continuing to support his ill-advised financial choices only enables him to avoid facing his problems.

Ethicist: No way, nohow! To do so would encourage his profligate ways.

Minister: Frank and the family may want to consider setting aside money for the day when Josh's child needs help to get a good start in life or go to college. There's always that off chance that someone's generosity to Josh will be the act of love that awakens him and inspires him to turn his life around. A definitive "no" closes the door to that possibility.

Bottom line: Frank compared notes with other family members; they all agreed not to lend money to Josh. They did, however, create a college fund for his daughter and contribute to it when they can. 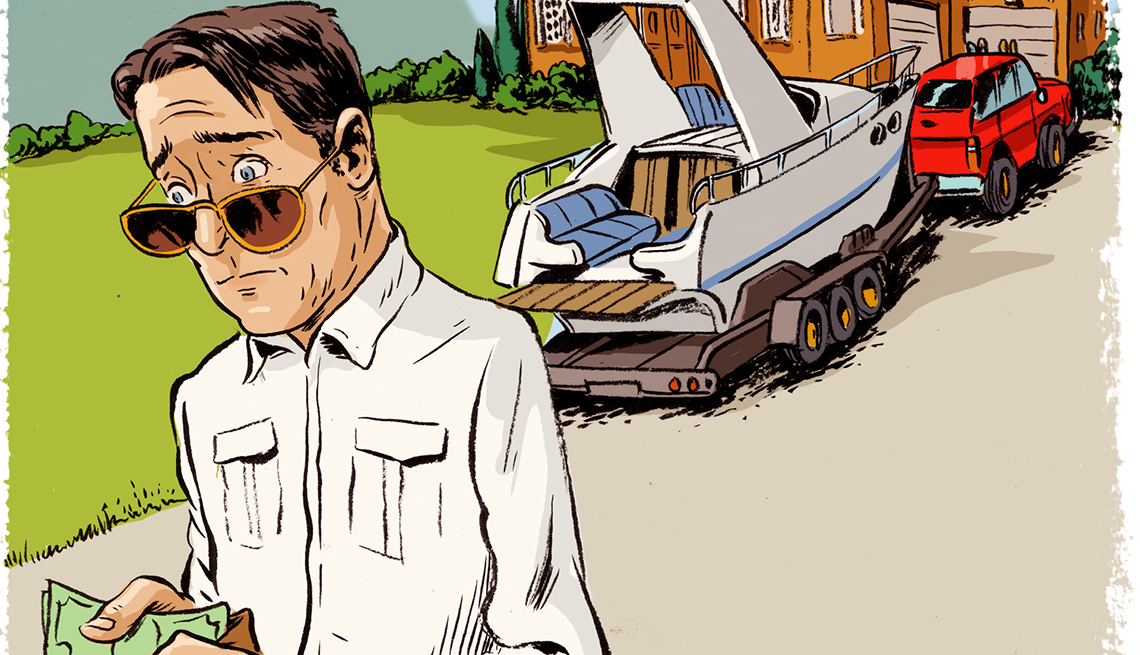 Would you lend money to someone to help cover the mortgage?

The Ask: Bob Kay's brother sells his California condo for a profit and moves to Texas. Bob's wife, Ellie, advises her brother-in-law to use what he made as a down payment on a new home to lower mortgage payments. Instead, he makes a minimum down payment and fritters away the equity from the sale. Once in Texas, the brother asks Bob, 58, and Ellie, 53, for a $1,200 loan to make a mortgage payment. Bob and Ellie sharply disagree on whether to lend the money. Bob feels guilty saying no because it's family, and he and Ellie have the money to lend. Ellie doesn't believe in making loans to family or friends.

Financial expert: This guy is a walking foreclosure. One of the litmus tests to determine whether or not an individual is truly ready for home ownership is an ability to save money. They need to lovingly decline.

Ethicist: Time for some tough love.

Minister: The couple could still be generous without wasting their money by paying for Bob's brother to get a financial counselor or take a financial planning course.

Bottom line: Bob and Ellie compromised and gave Bob's brother $750 as a gift, with the stipulation that he see a financial counselor and get on a budget. He didn't do either, and they recently learned he took an expensive vacation and is still not saving.

*Some of the names and personal details have been changed to protect identities.