﻿Inflation drives prices higher at the pump, grocery store over past year 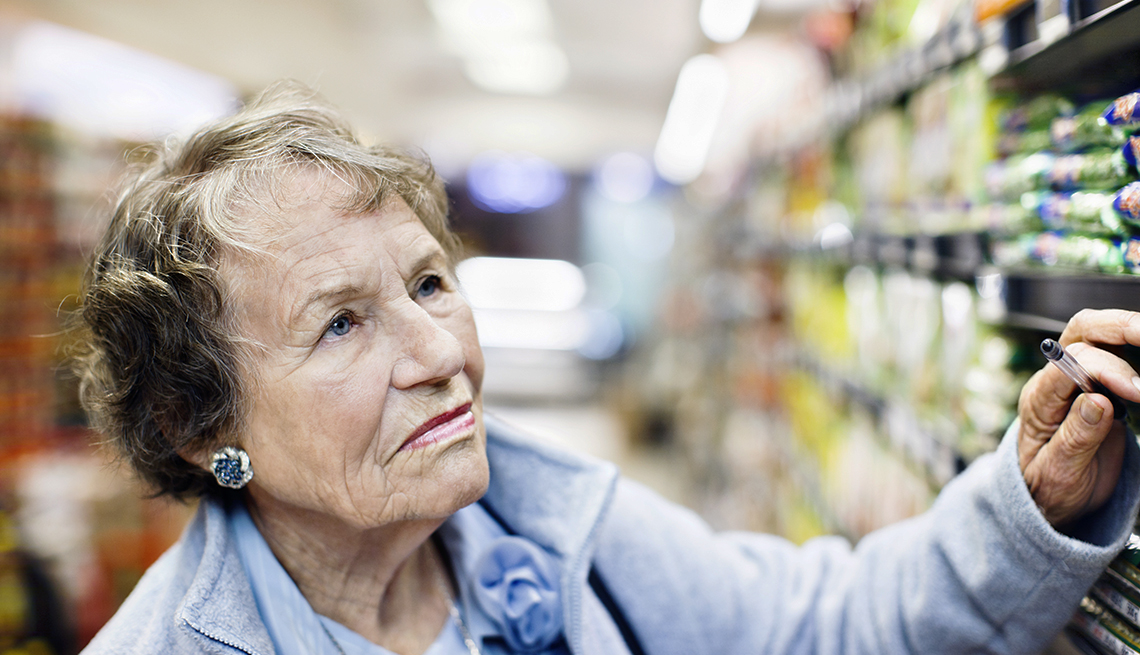 No one likes inflation, particularly retirees who are on a fixed income. Inflation in the past 12 months has jumped for ﻿older Americans﻿, as well as for the nation as a whole — but not evenly, and not in some of the places you might expect it most.

The Bureau of Labor Statistics (BLS) produces the Consumer Price Index for All Urban Workers, or CPI-U, which is what you typically see in headlines as the government’s gauge of inflation. By that measure, inflation rose 6.8 percent the 12 month﻿s ended November, the largest 12-month increase since June 1982.

Wit﻿h much less fanfare﻿, ﻿the BLS also produces the CPI-E, which reflects inflation for those 62 years of age and older. For example, medical care services, such as doctor and dentist visits, have a 9.7 percent weighting in the CPI-E, compared to 7 percent for the CPI-U. The CPI-E has risen 6.2 percent the past 12 months, slightly less than the broader CPI-﻿U.

Inflation doesn’t hit all items by the same amount, however, nor does it affect all budgets the same way. Your personal inflation rate could be higher or lower than the index, depending on where you live and what items you buy the most.

Nevertheless, any increase in inflation can hit ﻿retirees hard, despite the 5.9 percent Social Security cost of living adjustment (COLA)﻿ that ﻿goes into effect in January. Here are the five areas that have seen the biggest price jumps﻿ for those 62 and older.

The CPI-E gives slightly less weight to gasoline than the headline CPI, but it’s the price that nearly all consumers know off the top of their heads. Gas prices soared 58.1 percent the 12 months ended November. The price of a gallon of unleaded gas now costs $3.33, according to the American Automobile Association (AAA), up from $2.16 a year earlier.

There’s some good news that the current CPI data has missed: Gas prices have retreated slightly in the past four weeks, ﻿from when a gallon of fuel cost $3.41. Crude oil peaked at $85﻿.﻿4 a barrel in October; it closed at $71﻿.﻿67 on Dec﻿. 10. OPEC and its allies announced that they would increase oil production by 400,000 barrels per day in January, which should ﻿further ease gasoline prices. But there’s some bad news buried in that good news, says AAA spokesman Andrew Goss. “A potential COVID-19-induced economic slowdown hurts everyone and could prompt OPEC to slash production if oil prices drop too low.”

If you’re hoping to find a bargain ﻿on a used ﻿vehicle, good luck: Prices have jumped 31.4 percent the past 12 months. And those price hikes have little to do with gasoline. Instead, it’s because of a shortage of new cars, whose prices have risen 11.1 percent. People get put off by the high price of new cars and bid up the prices of used cars.

Why is there a shortage of new cars? Because there’s a shortage of computer chips. The average new car can easily contain 3,000 computer chips. Taiwan produces about half the world’s computer chips and, unfortunately, the COVID-19 pandemic has shut down factories and increased demand for smartphones and laptops as more people work at home. Although chipmakers are ramping up production, adding new factory capacity in the industry means building more factories, and that takes time.

Food at home accounts for ﻿7.4 percent of the CPI-E, compared to 7.7 percent for the broader CPI-U. And food at home has risen 6.4 percent, according to the BLS.

The biggest price jumps in the category come from meat, poultry, fish and eggs, up 12.8 percent. Beef roasts are up about 26 percent from 12 months earlier; steaks have risen 24﻿.﻿6 percent. And if you’re bringing home the bacon, you’re paying 21 percent more for it.

Fuel prices are one reason food is getting more expensive. Natural gas accounts for 7﻿0 to 90 percent of the cost o﻿f producing nitrogen for fertilizer. If you want to get food to market, you’ll need fuel to get it there. And the companies that process meat and other products are suffering from shortages of workers thanks to the pandemic.

Although postage isn’t a big part of the average budget – it ﻿accounts for 0.1 percent of the CPI — it’s a bit larger for people 62﻿-plus. Postage has risen 7.2 percent the past 12 months, thanks in part to a three-cent increase in first-class stamps in August 2021. The U.S. Postal Service also raised the price of packages delivered by priority mail, priority mail express and first﻿ class﻿﻿ by between 25 cents ﻿and $5 per package, depending on weight and where the packages are going.

The CPI-E places a greater weight on medical care than the CPI-U: The elderly spend 12.2 percent of their budget on medical care, compared to 7.﻿0 percent ﻿for the general population.﻿ The cost of ﻿a doctor visit ha﻿s increased 4.3 percent the past 12 months. More broadly, medical ﻿care services, which includes doctor, dental and vision services, have risen 2.1 percent the past 12 months, while eyeglasses and eye care has ﻿increased 1.1 percent.

Historically, the cost of medical care has risen faster than the broad inflation index, but that hasn’t been true lately, according to the Center for Retirement Research at Boston College. That’s one reason the CPI-E has risen less than the CPI-U﻿ the past 12 months. In fact, had the Social Security COLA been calculated using the CPI-E, it would have been 4.8 percent, rather than 5.9 percent.

How to cope with rising living costs