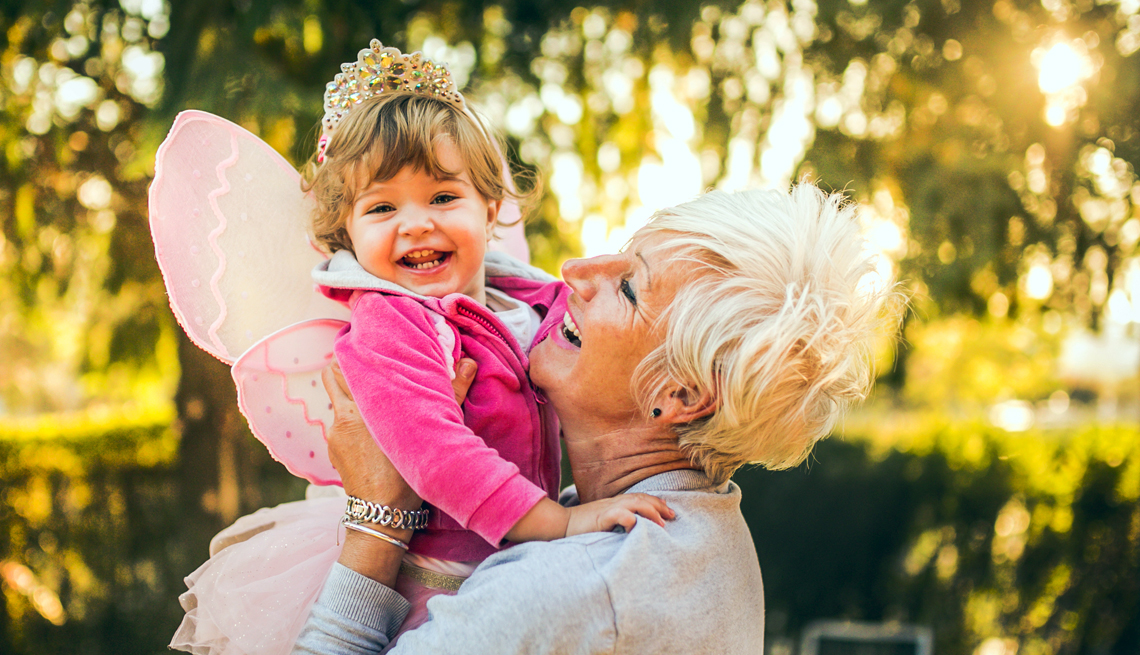 You don't have to break the bank to bring joy to your grandchildren.

When your children were younger, going out to the ballpark or visiting an amusement park may have been a special occasion, but it didn't break the bank. These days, however, entertaining grandchildren is likely to give you a serious case of sticker shock.

Here's what you can expect to pay when entertaining youngsters today and ways to protect your wallet.

Thinking of taking the grandkids to Walt Disney World Resort in Orlando? You'd better start saving money now, because even a modest Disney vacation can easily set you back $1,000 or more.

Today, a single-day ticket costs $97 to $114, depending on the time of year you go and which of Disney's four Florida-based theme parks you select. The two-day pass for two parks is $202 a person for anyone 10 and older.

Besides tickets, don't forget about another cost you'll encounter before even entering Disney's hallowed gates: parking. Preferred parking at Disney World is $35 a day.

Then there's the food and other Disney experiences to consider. Say you take a granddaughter to Disney's Magic Kingdom. She'll likely ask for a "character meal" inside the Cinderella Castle. That's where she can feast at "Cinderella's Royal Table" and meet Cinderella herself and other characters, such as Snow White or Ariel from The Little Mermaid. A character lunch is $61 for adults and $38 for children.

Once inside the castle, your granddaughter no doubt will be so enchanted that she'll want to get her very own princess makeover. Naturally, she can do it right there at Bibbidi Bobbidi Boutique, where Cinderella's fairy godmother and her skilled apprentices give girls a fancy hairstyle, apply makeup and nail polish, and supply a brand-new Disney princess costume — complete with a wand and crown. The price tag for this deluxe package: $199.95 plus tax.

Clearly, times at Disney have changed — and so have prices. But there are ways to reduce the financial bite.

The financial fix: Avoid Disney World during peak summer months, when prices are highest. You'll save $17 per ticket by going during "value" season, including late January and early in February and September. (Be aware that some rides will be closed in January, and September is still hurricane season.) Also, skip the overpriced princess experiences — just play dress-up at home. Alternatively, have your granddaughter bring her own princess costume and buy a more basic package to save about $100. Just say no to buying Disney photos and use your own camera phone instead. Finally, if you can stand the longer walk, opt for the $20 standard parking lots, which are nearly 43 percent cheaper.

Discover great deals and savings on travel, entertainment and more

Baseball ticket prices have nearly doubled over the past two decades. The average baseball ticket cost just $11.32 in 1996, the Economic History Association reports. Depending on how old you are, you may even remember paying $4.45 for the average ticket in 1980 or $2.72 a ticket in 1970. Last year, a day at the ballpark averaged $77.92 for two, according to a survey of Major League Baseball stadium prices by financial website GOBankingRates. This figure includes two tickets for $41.41, two hot dogs at $8.73, two beers for $11.89 and $15.89 for parking.

Now you might not buy beers, but figure on forking over cash for other drinks or souvenirs — such as the baseball jersey your grandson might want. Be aware, too, that prices vary greatly from ballpark to ballpark. GOBankingRates says fans attending a game at the cheapest stadium pay about $110 less on average than those visiting the most expensive stadium.

The financial fix: Hit the baseball stadium on special deal days, such as 2-for-1 admission or "kids enter free." Also, take public transit if possible. Parking in some places is wildly expensive. Case in point: If you're catching a Boston Red Sox game at Fenway Park, you could shell out up to $40 on parking alone. But a round-trip fare on the Massachusetts Bay Transportation Authority (aka the T) subway into Fenway is only $5.

Going to the movies is a favorite entertainment pastime in America, but regular ticket prices have more than doubled over the past generation, from $4.22 in 1990 to $8.61 today, according to the National Association of Theatre Owners.

The snacks and goodies at movies are notoriously overpriced, too. A bucket of large popcorn, candy and two large sodas will add another $25 to your tab. Next thing you know, a low-key trip for two to the movie theater has set you back more than $50.

The financial fix: Forgo 3-D and Imax films. Just see regular films. Today's high definition-quality movies are stellar. Go in the afternoons when you can get lower matinee pricing. And eat before you go to the movies, or enjoy snacks and other goodies at home later. You can survive two or three hours without popcorn, candy or soda!

Hot holiday gift of the year

Maybe you're thinking of buying an entertaining gift for one or more of your grandkids — as a holiday item, birthday gift or just because you want to see your grandchildren smile.

Last year hoverboards (self-balancing electric scooters) — which cost about $200 to $400 — were all the rage. This year, high-tech toys and gadgets continue to dominate the list of holiday favorites, based on Amazon.com's 2016 list of hot holiday toys.

Among the most-sought after items: a Traxxas Aton Quadcopter, which is a remote-controlled helicopter with an attached camera that sells for $338; and Cozmo, a $180 real-life robot that expresses emotions based on your actions and has a personality that "evolves the more you hang out" with it.

Interestingly, an electronic toy with a very similar concept to Cozmo was equally popular 20 years ago. Fisher Price billed Radar the Two-Way Tutor as "an interactive learning toy based on voice recognition technology, so it actually understands what's being said and responds."

Radar may not have been as technologically sophisticated as Cozmo, but at a cost of just $59.99, it didn't carry Cozmo's hefty price tag either.

The financial fix: Don't buy gifts according to the herd. Fads come and go, and today's hot item may be quickly forgotten or put away by your grandchild. Kids often grow bored with high-priced toys. But many children will take real pleasure in simple gifts that you can make together. Another alternative: Dream up a creative, free or low-cost activity that you can do with them. Your grandchild — and your wallet — will thank you later.