Sessions are listed in alphabetical order. The bracketed text indicates the conference track.

Keith Benjamin has led the city of Charleston, South Carolina’s Department of Traffic and  Transportation since April 2017.  In this position, he oversees all transportation maintenance, planning and partnerships at the local, county and state level. Benjamin previously served in the Office of Policy Development, Strategic Planning and Performance as well as led the Office of Public Liaison at the U.S. Department of Transportation.

A 2018 Next City Vanguard Fellow, Benjamin has served as a member of the National League of Cities Advisory Panel on Health Disparities, the Better Bike Share Partnership Equity Panel, the National Working Group on Healthy Food Access with the Food Trust and the National Urban League and the National Capital Region Transportation Planning Board, Citizens Advisory Committee. He is a graduate and deans awardee of Swarthmore College.  [CM .75]

Engaging citizens to enhance where they live through their skills and life experiences is essential to creating livable communities, and older adults — the “Experienced Class” — are leading the charge. People age 50-plus are involved in their communities and with causes they champion. In this session, city leaders will share how the contributions of “experienced” residents and people of all ages are helping to solve challenges and inspire change. [CM .75]

The nonprofit Cities of Service helps mayors build stronger cities by changing the way local government and citizens work together. Myung Lee previously served as a deputy commissioner with the City of New York Administration for Children’s Services. She has extensive nonprofit management experience and has led organizations focused on homeless assistance, domestic violence and early childhood development.

The four-term mayor of New York’s second largest city, Byron W. Brown has directed and delivered on major projects in every section of the city, improving and strengthening neighborhoods throughout Buffalo. His goal is to make Buffalo a place “where no one is left out, and no one is left behind.”

Prior to being elected mayor in 2016, G.T. Bynum served for eight years on the Tulsa City Council, becoming the council’s youngest chairman ever. Throughout his time in city government, Bynum’s focus has been on fiscal restraint, public safety and infrastructure.

As the mayor of her hometown since 2012, Karen Freeman-Wilson is the first woman to lead the city of Gary and the first African-American woman to be a mayor anywhere in the state. A former state attorney general and director of the Indiana Civil Rights Commission, Freeman-Wilson holds leadership roles with the United States Conference of Mayors and the National League of Cities.

With a three-decade career in community development, Micheli is a member of the Cities of Service coalition and has led the development of volunteering and social action strategies in York and Barnsley, where as the head of stronger communities, he developed the council’s award-winning community engagement programs.

“Anchor institutions” can bring skills and resources that complement efforts to create and encourage livable communities for people of all ages. In this session, representatives from the philanthropic, nonprofit and public sectors talk about their experiences working with anchor institutions. [CM .75]

Leveraging the resources of the Tufts Health Plan Foundation, Nora Moreno Cargie and her team build relationships with nonprofi t organizations, businesses, municipal leaders, community members and older adults in support of stronger, vibrant communities that are great places to work, grow up and grow old.

An urban gerontologist, Alan DeLaTorre has been involved in Portland’s age-friendly initiative since 2006. He also serves as coordinator of PSU’s Senior Adult Learning Center, chair of the Environmental Design Committee for the Academy for Gerontology in Higher Education and as an appointed volunteer with AARP Oregon.

Prior to recently joining the Federal Reserve, Patrick Pontius  served as the executive director of the White House Council on Strong Cities, Strong Communities, where he led an interagency team that piloted an innovative model of federal-local collaboration.

As New York City’s parks commissioner since May 2014, he oversees the management, planning and operations of nearly 30,000 acres of parkland, which include parks, playgrounds, beaches, marinas, recreation centers and wilderness areas.

Prior to returning to his native New York City for the position, Silver served as the chief planning and development officer and planning director for Raleigh, North Carolina, where he led the comprehensive plan update process and a rewriting of the development code to create a vibrant 21st-century city. His career has included roles as a policy and planning director for New York City’s Department of Planning, a principal of a new planning firm, a town manager in New Jersey, and deputy planning director in Washington, D.C. He is a past president of the American Planning Association.

Silver is a contributing author and editor of the International City/County Management Association’s (ICMA) latest edition of Local Planning: Contemporary Principles and Practice. He’s been elected to Planetizen’s list of the 100 Most Influential Urbanists and named an honorary member of the American Society of Landscape Architects, a fellow of the Academy of the Social Sciences, an honorary fellow of the Planning Institute of Australia and an honorary lifetime member of the Royal Town Planning Institute. He has been honored as one of the top 100 City Innovators in the world by UBM Future Cities. In 2012, the Urban Times named Silver one of the top international thought leaders of the built environment.

During this LOR Foundation-hosted session, conference attendees will deliver rapid-fire presentations about ways their communities are becoming more livable. [CM .75]

LaMonte Guillory drives the LOR Foundation’s external presence within the philanthropic and rural communities by ensuring that LOR represents the people who make up the vibrant, growing and culturally significant rural towns of the American West. He advances important discussions about the future of rural livability and the need for community-driven solutions to leaders, policy makers, the media, funders, nonprofits and national associations.

Looking Forward: The Issues That Matter for Cities

Nancy LeaMond of AARP and Bryan K. Barnett — mayor of Rochester Hills, Michigan, and vice president of the United States Conference of Mayors (USCM) — discuss several of the key issues being faced by city leaders and how local governments and residents are working together on solutions. [CM .75]

With responsibility for driving AARP’s social mission on behalf of Americans 50-plus and their families, Nancy LeaMond’s team includes 650 staff members across all 50 states, the District of Columbia, Puerto Rico and the U.S. Virgin Islands. She leads major AARP issue areas, including the AARP Livable Communities initiative.

When he won a historic third term in 2015, Bryan K. Barnett became Rochester Hills’ longest-serving mayor. His administration has been nationally recognized for innovation, fiscal responsibility and environmental leadership. Barnett will become the president of the USCM in June 2019.

Putting It All Together: A Focus on Age-Friendly States

Three states have enrolled in the AARP Network of Age-Friendly States and Communities. Representatives from Colorado, Massachusetts and New York explain how they’re working to make their states livable for residents of all ages, life stages and abilities. [CM .75]

Mike Festa leads AARP’s programs, advocacy and outreach to his state’s more than 800,000 AARP members. From 2007 to 2009, Festa served in Governor Deval Patrick’s cabinet as the Secretary of Elder Affairs. An elected legislator in the Massachusetts House of Representatives from 1999 to 2007, Festa began his career as an assistant district attorney in Middlesex County and served in local Melrose government for 12 years as an alderman-at-large and school committeeman.

As an advisor to Governor John Hickenlooper, Wade Buchanan takes a holistic, visionary and cross-departmental approach to tackling aging issues within the state government and collaborating with private, public and nonprofit partners. Buchanan played a critical role in bringing Colorado to age-friendly state status. He previously served as the executive director of the Bell Policy Institute, AARP Colorado’s key partner in work-and-save legislation.

Along with Secretary of Elder Affairs Alice Bonner, Robin Lipson works on initiatives to help older people remain in their communities. Lipson has been the lead staff person supporting Governor Charlie Baker’s Council to Address Aging and serves on the Executive Committee of the Massachusetts Healthy Aging Collaborative.

Greg Olsen oversees the office of aging’s day-to-day operations and the administration of federal and state-funded programs that assist the state’s more than 3.7 million older adults and their families.

To return to the main conference page, visit or bookmark: AARP.org/Livable2018 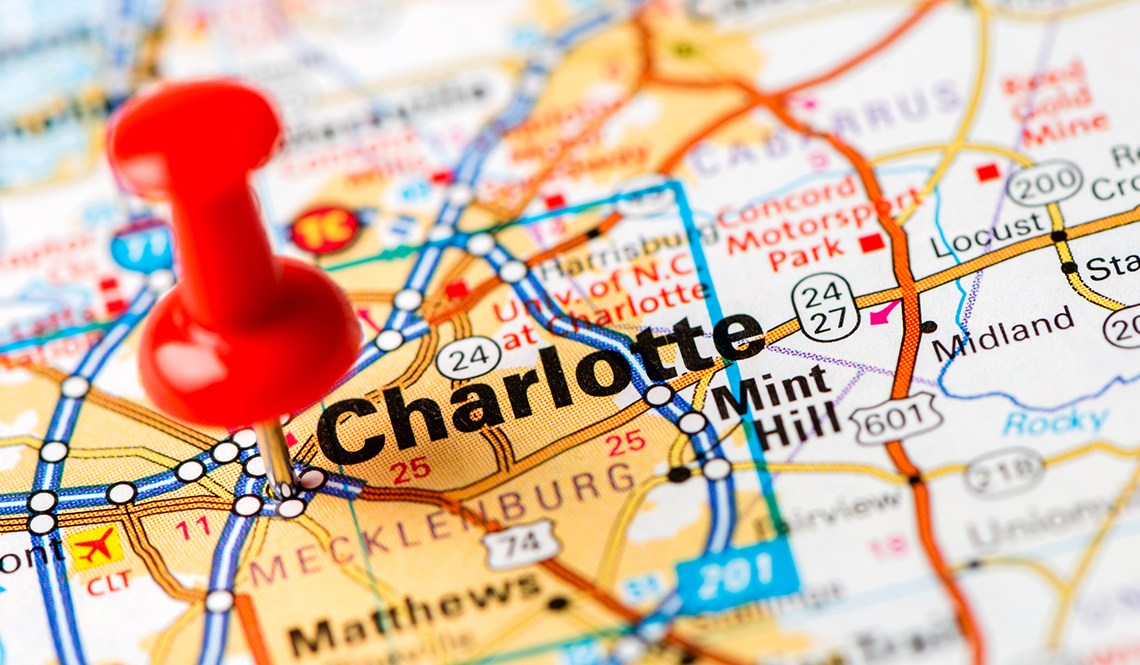