13 Things to Throw Away Right Now 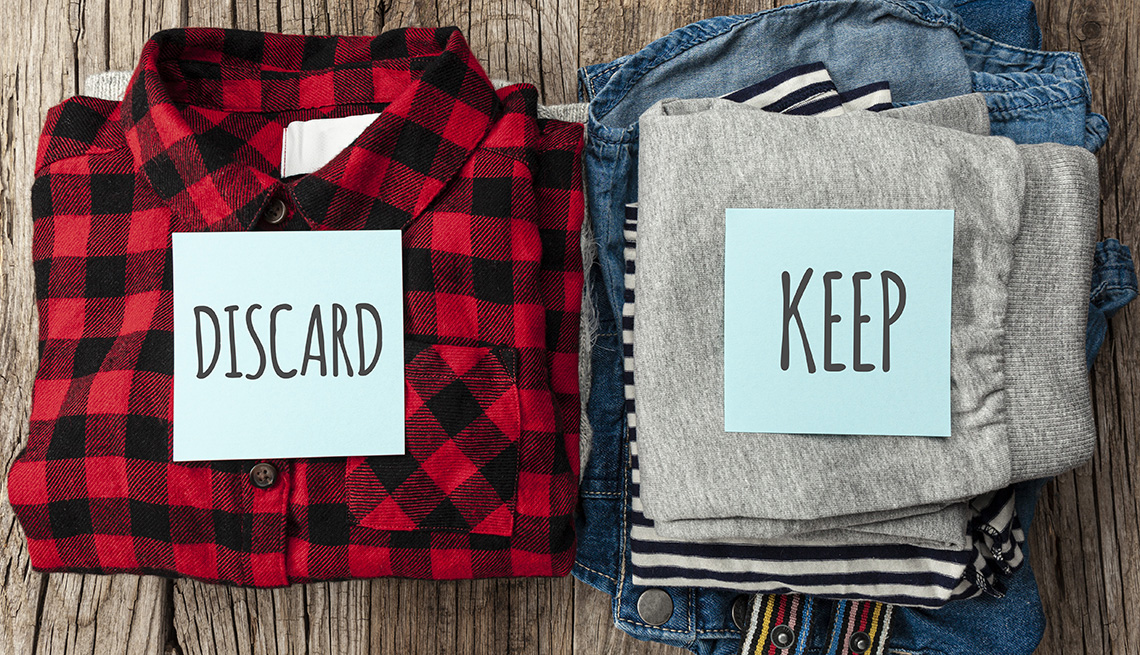 “I have kept all my Seventeen and Vogue magazines since I was 14,” she admits. “I have trouble getting rid of sentimental items — and clothes.”​

But when she and her husband sold their 3,500-square-foot house and moved into a 900-square-foot condo, they embarked on a path of downsizing. The move, Livengood says, made her learn to embrace a clutter-free lifestyle.​ 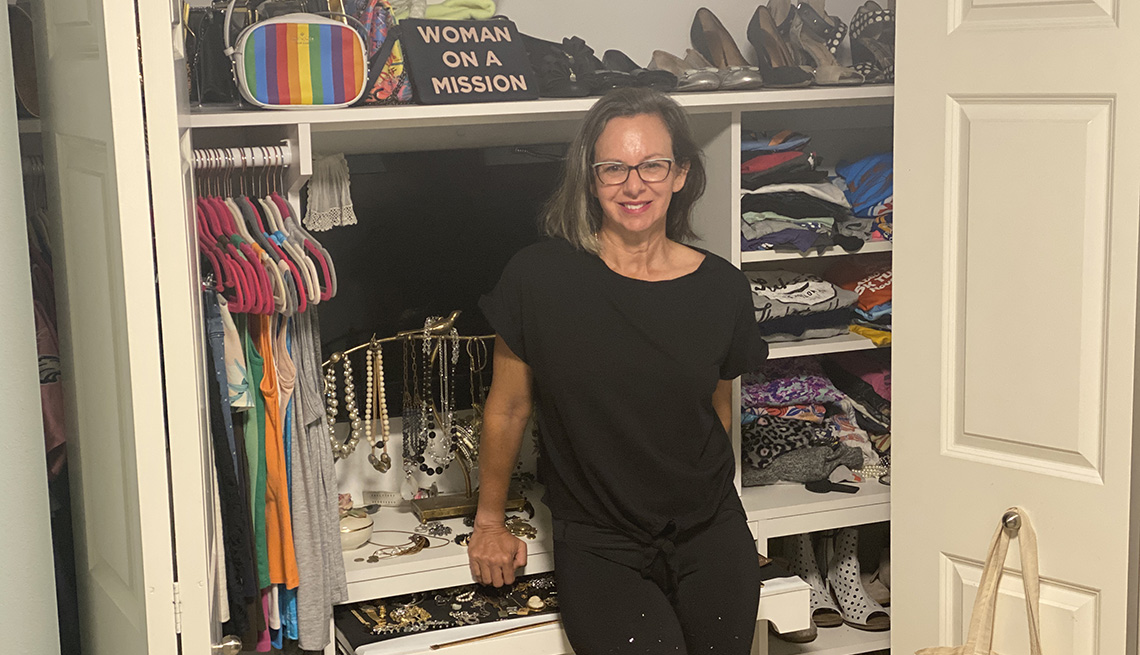 Kim Livengood learned to toss out unwanted items for a move to a smaller home.
Courtesy Rob Livengood

To start the tossing, the 53-year-old public relations professional in Sarasota, Florida, began with those old magazines and then challenged herself to keep only enough clothes to fit inside her closet. She tackled kitchen accessories and towels and was on a roll from there.​

“Once I started giving things away and recycling, I started to feel lighter,” Livengood says. And if she was able to cut down on the amount of stuff she owns, “anyone can!”​

Minimalism on the rise​

Livengood is not alone. In recent years, there has been a push toward minimalism, especially during the pandemic.​

People were at home more and were “face to face with all that stuff,” says Ryan Nicodemus, one half of the Minimalists, a pair on a mission to help others trim down their possessions, and the coauthor of Love People, Use Things: Because the Opposite Never Works. “They’re starting to question what actually does add value to their lives.”​

His coauthor, Joshua Fields Millburn, is quick to point out that minimalism isn’t living in a stark white house with empty walls and no furniture; it’s about keeping what enhances your life and getting rid of what doesn’t.​

That’s because he doesn’t have a lot of excess “stuff” and instead strives to own only things that serve a purpose or bring joy.​

The duo of Fields Millburn and Nicodemus is quick to point out that the average American home contains a whopping 300,000 items. Minimalism, Nicodemus says, is what helps people sift through all of that.​

Clutter has been linked to stress and anxiety and can even lead to overeating junk food and procrastinating. And Fields Millburn adds that it can have a negative impact on many areas of life.​

Clutter, according to the Minimalists, does more than take up space. Purchasing an item costs money, which can lead to financial stress and the need to work harder to acquire more. Items require storage and space, which can lead to mental and psychological stress. And while people’s first instinct is to tame clutter by purchasing products to help organize it, the Minimalists say this is not the answer.​

“Organizing is just well-planned hoarding,” Fields Millburn says. Thus, the best way to “organize your stuff,” per the experts, is to keep the things that add value to your life and get rid of any items that don’t.​

Ready to start eliminating things in order to make room for what matters the most? This expert guide will tell you exactly what to toss.​

1. Anything that doesn’t add value​

Fields Millburn says to ask yourself: “How might my life be better with less?” This can help you understand why you want to downsize, which is highly individual. For instance, some people want to quit their buying habit for more financial freedom, while others want fewer items to care for and more time to spend with family and friends.​

“Understanding the why behind simplifying gives us the leverage we need to begin to let go and helps us understand what is excess,” Fields Millburn explains.​

To the Minimalists, “just in case” are three dangerous words. “If you look around your house, you’ll likely find thousands of items you’re storing just in case you might need them in some nonexistent hypothetical future,” Fields Millburn says. These items can usually be replaced, if need be, for less than $20 and in less than 20 minutes. The exceptions to this, Fields Millburn notes, are emergency items like first aid kits, which you should definitely keep handy.​

“It’s about saving less,” says Courtney Carver, author of Be More With Less and creator of the minimalist fashion challenge called Project 333. Give yourself permission to get rid of duplicate, similar or blurry photos, coupons or mailers you aren’t using, bills and statements you can get online, old newspapers and magazines, and things you’ve ripped out of a magazine.​

Nicodemus scans photos and tosses physical copies, while Dana White, founder of A Slob Comes Clean, takes a photo of a photo to create a digital version.​

White begins her decluttering process by emptying the trash around the house. “This is good to start with because you have no emotional attachment to it. It’s going to get you moving, reduce the overall volume of the mess and help you start to see individual items,” she says. Empty your wastebaskets, shred piles of papers you’ve been meaning to shred and get rid of the junk mail piling up on your kitchen counter.​

Holding on to a favorite mug that’s chipped or a necklace that’s fallen apart? Time to let go. “Be honest about what things are damaged and toss them,” White says — even if you’ve been meaning to sell them. “If it’s damaged, it probably does not have the value you’ve been assuming it was going to have one day.”​

The same goes for things that are missing parts. For instance, White says to store Tupperware with the lids on, and if one is missing a lid, chuck it into the recycling bin.​

“You always use your favorites but still have extras for a variety of reasons,” Carver says. Maybe something was on sale, or you think you should own more of a certain item, but you ultimately get to determine how much of what is enough. Items that fall into this category, she says, can include coffee cups, measuring cups and spoons, wooden spoons, wire whisks, handbags, sunglasses and pens.​

“If you are holding on, thinking, It’s not hurting anything, reframe and ask yourself how it’s helping and contributing to your life,” Carver suggests. “If it’s not, you don’t have room for it.” This often includes things like random spices and sauces, uncomfortable shoes, empty frames and containers, books you’ve already read or never plan on reading, junk drawer items (or the whole drawer), knickknacks, freebies or gifts you were given but don’t like.​

Be realistic about which hobbies you’ve moved on from, and toss the related materials you’re not using. “Maybe you collected stuff for knitting and tried it once and didn’t like it,” White says. Then it’s time to donate the yarn. And if you come across hobby materials and want to finish the project, go ahead. Allowing finishing a project to count as decluttering “is a really helpful mindset shift,” White says. Keeping brushes for a painting hobby you’re never going to have is not.​

9. Items from a past phase​

If you don’t have a dog anymore and don’t plan on getting a new one, give yourself permission to get rid of the dog bed, bowl and leash. And if you’re retired, pack up the majority of your professional clothes and office supplies. This, White says, will give you more space for items that serve the phase of life you’re in right now.​

This includes medications, food and makeup. If you can’t find the motivation to declutter here, do it for your health, says Julie Coraccio, a professional organizer and author of Clear Your Clutter Inside & Out. “Did you know that if you wear bad makeup, you could get pink eye, inflammation that can lead to redness, bumps, a rash or even blisters and swelling?” she says. Properly dispose of expired medications and toss out old food for your safety as well.​

11. Things that bring up bad memories​

If an item doesn’t make you feel good, send it on its way. “Release the unflattering photos, the gift from your no-longer friend or mementos from an ex,” Coraccio suggests. “Clear your space to welcome new experiences and people into your life.” Using sites like Facebook Marketplace, Craigslist and Offer Up is an easy way to list things to sell or give away.​

“Many of us have skinny jeans or T-shirts from high school that no longer fit us. Every time we see these items, whether we are aware of it or not, it’s an unpleasant reminder,” Coraccio says. Your closet should house items you look forward to wearing instead of being a place to cast aside what you know you’re not going to wear.​

Digital clutter can build up as well, Carver says. Unsubscribe to podcasts you don’t listen to, and delete music you don’t enjoy from iTunes. Drag documents you saved and never access, or email you don’t need, to the trash. Unsubscribe from email subscriptions you aren’t using and from people on social media you don’t want to follow anymore. Delete apps that drain your time and energy, and social media platforms you no longer care about.​

Why Clutter Is Bad for Your Health​

Having too much stuff and not having it organized does more than just make a mess. It impacts stress levels and mental health. ​

Numerous studies have found that the impact of clutter can contribute to anxiety and depression and help undermine healthy habits. ​

And that’s not all. Research from 2009 found that mothers living in cluttered home environments had higher levels of the stress hormone cortisol than those living in more organized spaces. ​

So decluttering isn’t just for show — it could improve you health. —Michelle R. Davis

Editor's note: This article was originally published on January 3, 2022. It has been updated to reflect new information

Nicole Pajer writes about health for The New York Times, Woman’s Day and other publications. 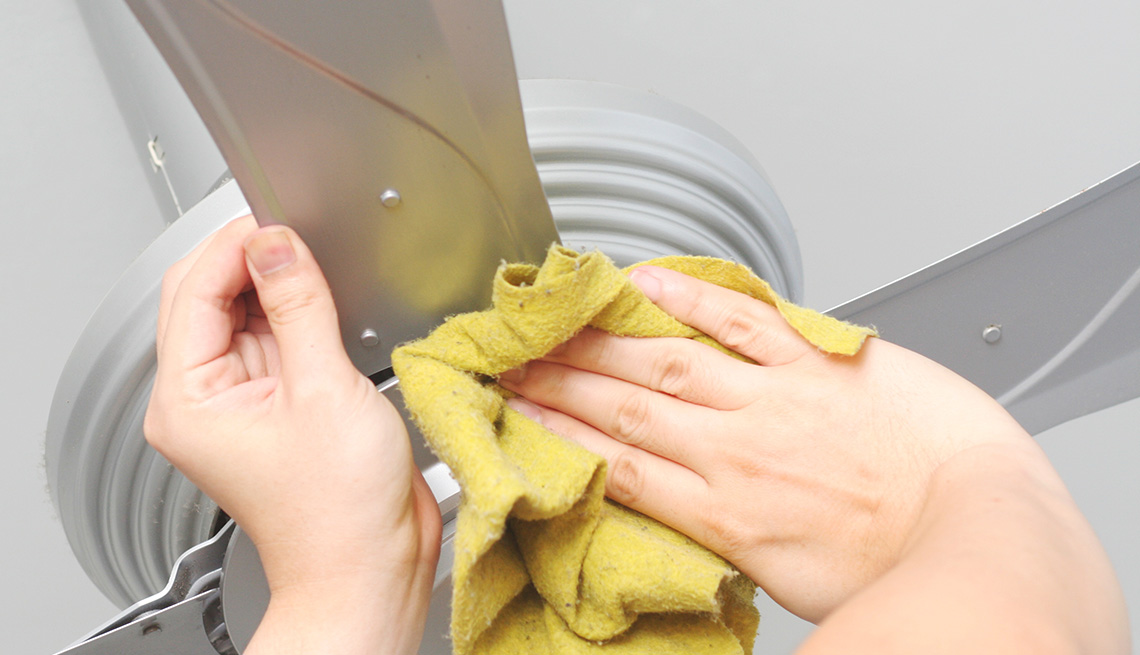 7 Spaces to Clean in Your Kitchen, Bedroom and More

The dirtiest things in your house might surprise you 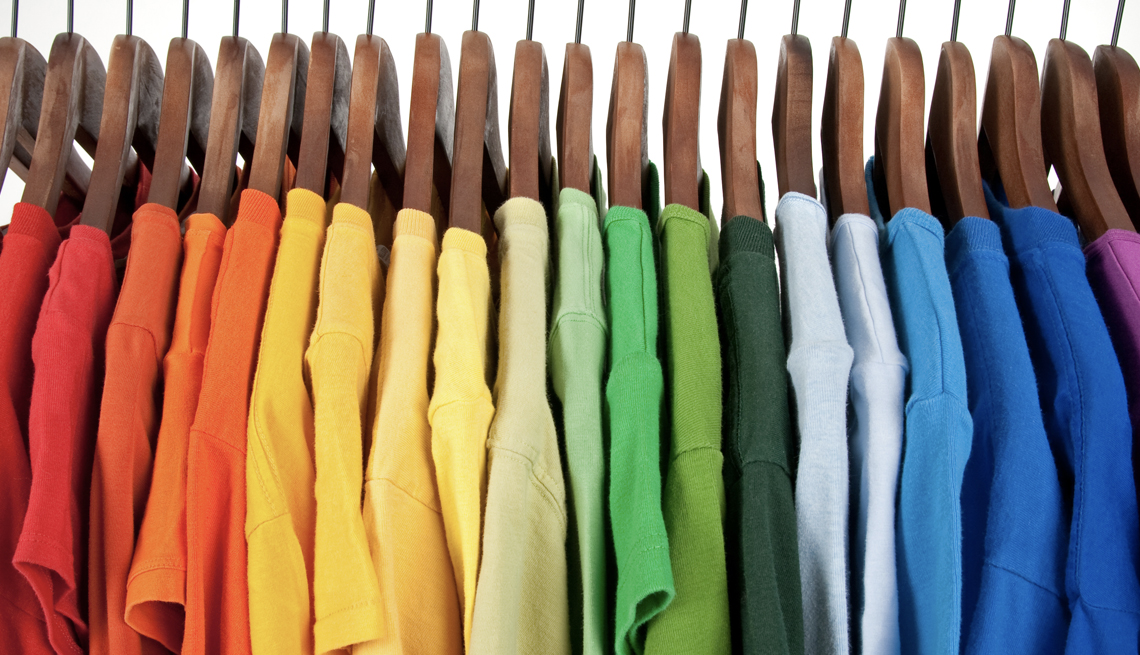 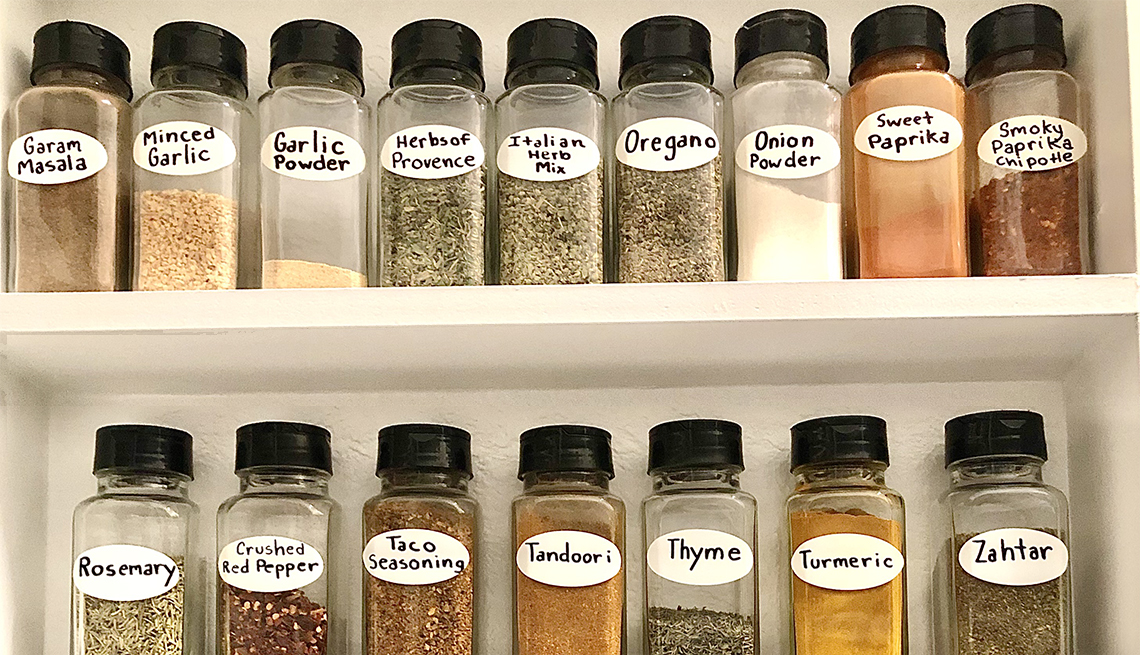 7 Ways to Organize Your Spices for Easy Cooking