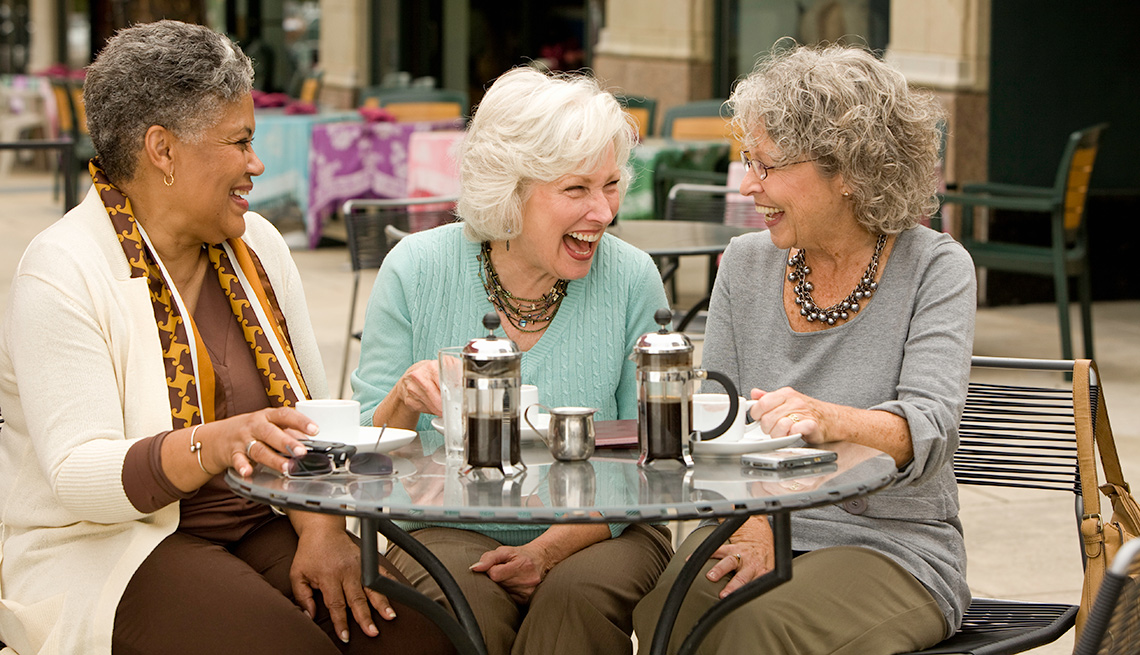 In the next two decades, the number of renters age 65 and older will swell by 80 percent to 11.5 million, according to the Harvard Joint Center for Housing Studies.

Two years ago, Deborah Knox, saddled with debt from her Tucson, Ariz., condo, was tired of living alone. Something, she felt, needed to change. “I wanted some community, I wanted some sort of relationship, I wanted intimacy,” says Knox, 73, a career consultant.

At the same time, Sharon Kha, who has Parkinson’s disease and also lives in Tucson, was looking for someone who, in exchange for free rent, would help her with everyday tasks like making dinner and getting ready for bed. The alternative was to move into an assisted living facility. A mutual friend introduced the two women.

In August 2016, after months of dialogue, Knox moved into Kha’s three-bedroom house. A door separates the two sides (Knox gets the front, Kha lives in the back), but it is rarely locked. Instead, the arrangement has opened up a new chapter in both women’s lives.

“These eighteen months have been such a rich gift,” says Kha, 74, who is retired. “I expected my last years to be struggle and loneliness, and it’s really turned out to be one of the happiest times in my life.”

Kha and Knox join a growing number of boomers who have become roommates in their later years. Call them the Golden Girls Generation, one forged from a confluence of factors. Boomers are living longer, with not enough money saved for retirement at a time when housing prices are rising across the country. Nearly half of the 50-plus people surveyed in 2016 by SpareRoom, a roommate search platform, said they could not afford to rent a place by themselves, and 58 percent did not have their name on the lease. And over the next two decades, the number of renters 65 and older is expected to grow by 80 percent, to 11.5 million, according to the Joint Center for Housing Studies of Harvard University.

“There are literally millions of older people who are quaking in their boots, afraid that they don’t have enough money,” says Annamarie Pluhar, the founder of Sharing Housing, an educational organization, and the author of Sharing Housing: A Guidebook for Finding and Keeping Good Housemates.

A cottage industry has sprung up in the last few years to help this demographic find roommates. Companies such as Roommates4Boomers, Silvernest and Let’s Share Housing pair renters with homeowners. Silvernest, a Denver-based company, says that 33,000 people have used its nationwide service, which charges users $30.

Utter the word “roommate” and most people think of college or being in their early 20s, a transient life stage when throwing a good house party was far more important than the quality of one’s dining set. Move into a shared home after 50, and the challenges can be daunting. A homeowner may feel possessive of certain belongings or protective of long-held routines, while a renter may feel adrift and powerless.

“Sharing housing is not the American dream,” says Michele Fiasca, the founder of Let’s Share Housing, a roommate search service in Portland, Ore.

Living with another person takes compromise and communication, behaviors that can be hard to practice when you barely know the person in the bedroom down the hall. When Knox began moving her belongings into Kha’s Tucson house, the two women encountered their first potential conflict: They each had a beloved coffee table, but space for only one.

And so Knox got her table, and Kha got her home.

But the process of negotiation never ends. Knox and Kha go out to dinner once a month to discuss issues that are not working, like how to share the living room when the television is on. On the whole, they get along well; so much so that they now give talks on shared housing.

Not all arrangements run so smoothly. Susan Clark, who lives outside Kansas City, Kan., has been renting a room in her home to various housemates for years, charging between $500 and $700 a month. While some renters made pleasant housemates, others proved difficult. She evicted one man for nonpayment of rent, then took him to housing court. “It was a little scary,” she says. Others were simply inconsiderate.

“They don’t realize the value of the house. They don’t care if it gets dirty,” says Clark, 59, who no longer works because of a disability, and found her current housemate through Senior Homeshares, a nationwide housemate platform in Boulder, Colo. “It is kind of frustrating.”

To avoid conflicts, home sharing advocates advise people to draw up a housemate agreement, addressing issues such as cleanliness, guests, rent and use of space. A trial period also helps, giving both parties a chance to bow out.

But when the arrangement works, it can be transformative. For Knox, living rent-free has given her a life unencumbered by debt. And for Kha, companionship has allowed her to continue to live at home. Kha recently celebrated a birthday with friends, including Knox. At the party, she asked Knox if she felt like family. Knox didn’t hesitate. “Absolutely,” she said.