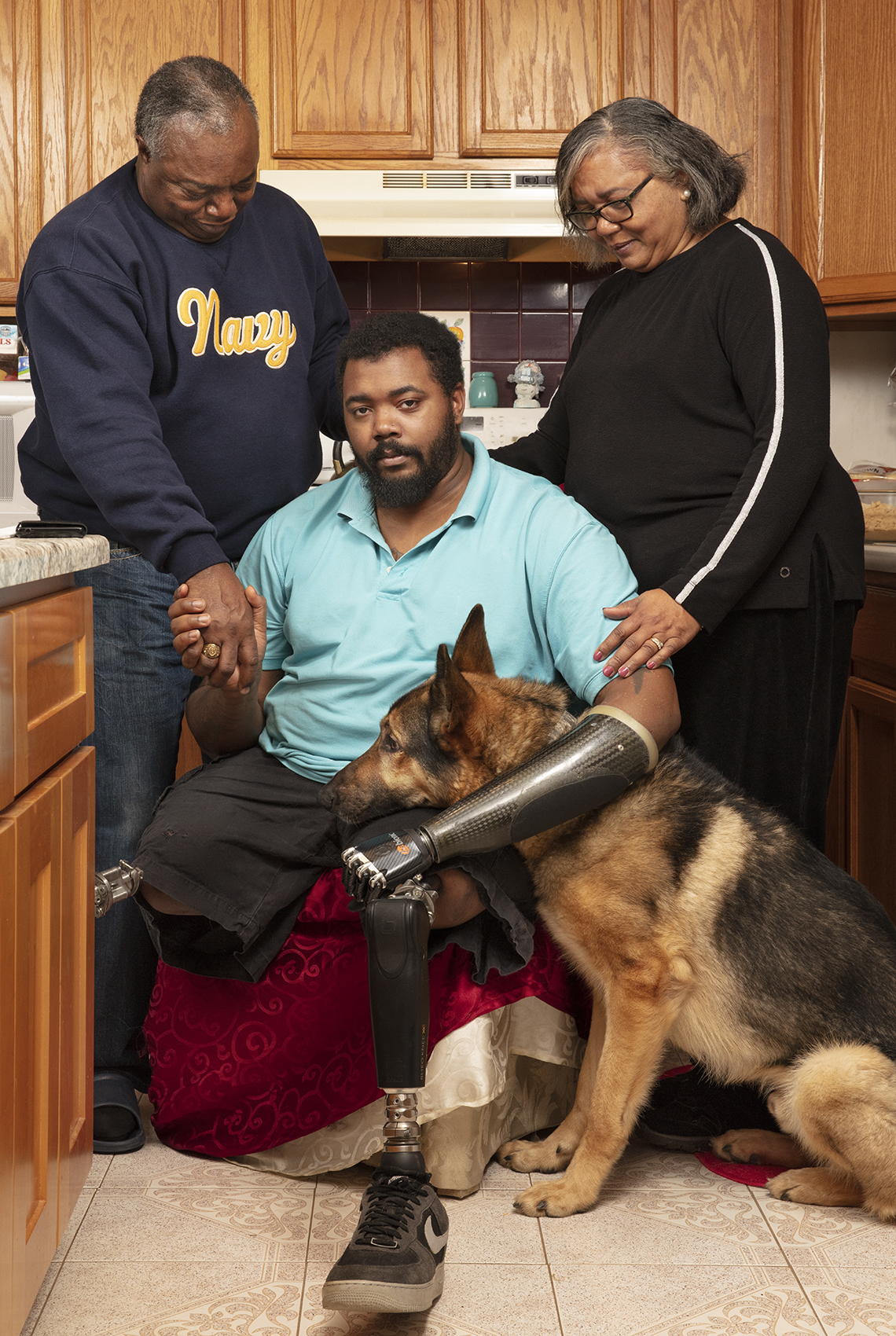 Larry Bailey Sr., 67, of Zion, Illinois, spent 30 years in the Navy, most of that time as a medic on nuclear submarines. He retired in 2000. His wife, Mary Bailey, 66, spent two years in the Navy, as a hospital corpsman. Larry Bailey II, 33, of Sumerduck, Virginia, joined the Marines in 2007 and was wounded while in Afghanistan in 2011. He is now a triple amputee who pursues his daily life with the help of prosthetics. He can walk and has moved into a new home with his daughter, Aiyla, and dog, Audi. His home was built for him by the Stephen Siller Tunnel to Towers Foundation, along with other contributions. Larry II also drives his own car, works as an independent government contractor and is planning to open a coffee shop near his town.

Larry II: During my freshman year in high school, the TV was always on in the commons area before classes, and I was watching on the morning of September 11, 2001. In that moment, we didn’t know who or what had done this, but it kind of felt like someone was doing something to me. Later on, when I was ready to graduate, I told my parents I wanted to join the military. They both said, “We don’t think you’re disciplined enough.” They were probably right. But after two years of college — and I also worked the whole time — I was ready to go.

Mary: I understood the need to serve the country, and I thought it was a good thing for him to want to do. I was concerned that he would be deployed to Afghanistan or Iraq or wherever. But I was proud that he wanted to do that.

Larry II: On this day in June 2011, we had taken over the local Taliban commander’s compound. We were exchanging fire. I turned around and yelled to them to pass me more 240 ammo, which is the type of machine gun we were using. As soon as it was in my hands, I pivoted, and then, the next thing I knew, I was flying up in the air. It was weird because it was almost like in the movies. Then I was coming back down, in slow motion, and I hit the ground. The compound had been booby-trapped with IEDs. Next, one of my buddies, Jack Marino, was on top of me, smacking me in the face and applying tourniquets for my wounds. And we just hung out there until the medevac helicopter came in. As I was loaded onto the helicopter, I said something smart to the doctor, and she just said, “We’re going to put you to sleep now.” The next thing I knew, I was waking up in a hospital, looking at my family.

Larry Sr.: Once the phone call registered and we understood that, yeah, he’s alive but hurt seriously, they told us we could be flown to Bethesda, Maryland, to be with him at the Walter Reed medical center. We knew that we had to go there and we had to touch our son, OK? We had to, for us to accept the fact that he was injured but still alive.

Mary: We had a lot of support. The British Army doctor who had been out there in the field that day came to visit him at Walter Reed. It was the first time she had ever come to the United States to see some of the wounded warriors, and she wanted to see him. That was part of why he was able to survive and be here today, because of her and her team. And then for her to come and visit — we said she was one of his angels. 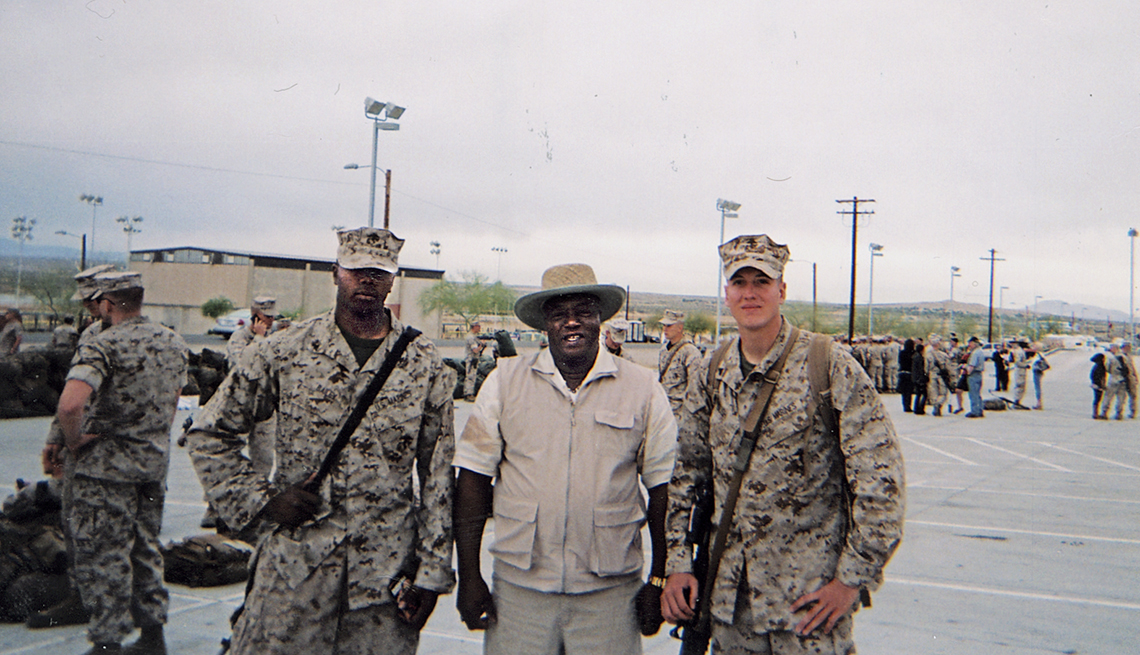 Larry Sr.: One of the things I understood about Larry from the get-go was his attitude. He had a positive attitude. The first thing he said when we saw him was, “Dad, I want to walk again.” And we said, “Larry, we’ll do everything in our power to help you — whatever it takes.”

Mary: My coworkers, the nurse practitioners, just came here to our house and took over. They were concerned about us. They took us to the airport when we got the news. They made sure we were eating. They made sure I got home from Bethesda, because Larry Sr. ended up staying and being Larry II’s caregiver for 18 months.

Larry II: What I tell other people is that one of the best things that can help you out if stuff is going really rough — I know people hear this all the time, but it’s true — is to surround yourself with family, close friends. And if you don’t have anybody like that, there are people — caregivers and others — who are willing to put themselves in that position.

Larry Sr.: Like Larry. Larry would go to other wounded warriors’ rooms and talk and encourage them and try to give them hope. Because there were service members at the hospital that no one came to visit, and they’d lost the drive to live. So Larry would go in there and talk to them, and I talked to them, too, like they’re your son or your daughter.

Larry II: Things like grocery shopping and getting housework done is easier now that I am used to it. Small stuff can be annoying. Like zipping a coat. Because I have big hands, and now one big hand and the prosthetic. But I don’t have any regrets. I think about what-ifs, not regrets.

NEXT: The Burgess Family 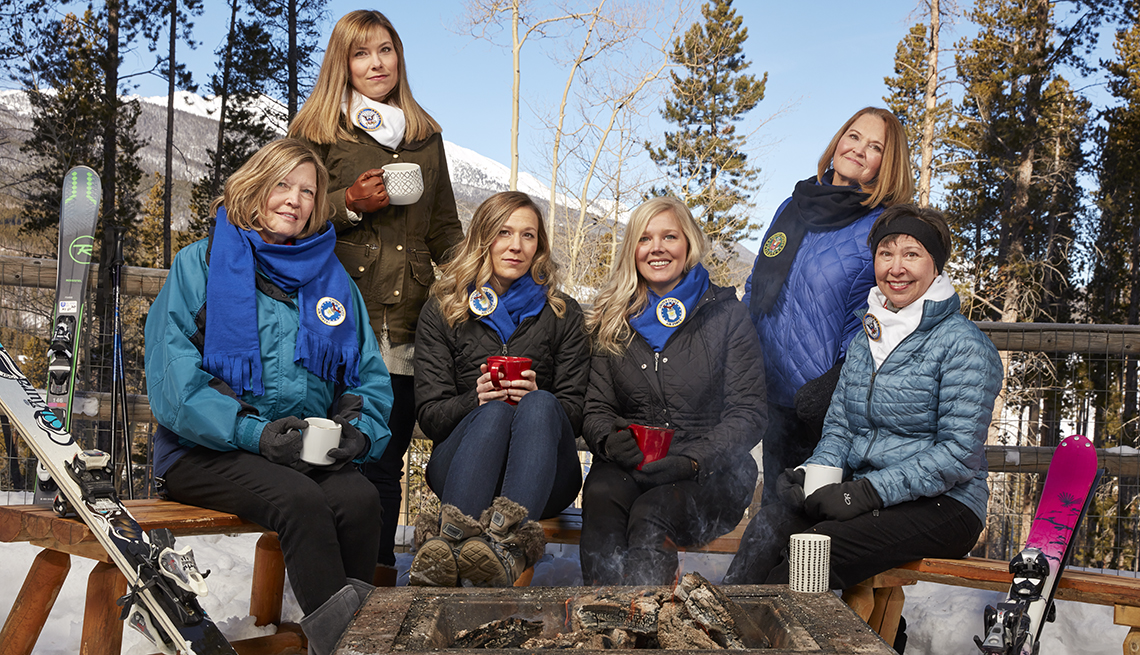