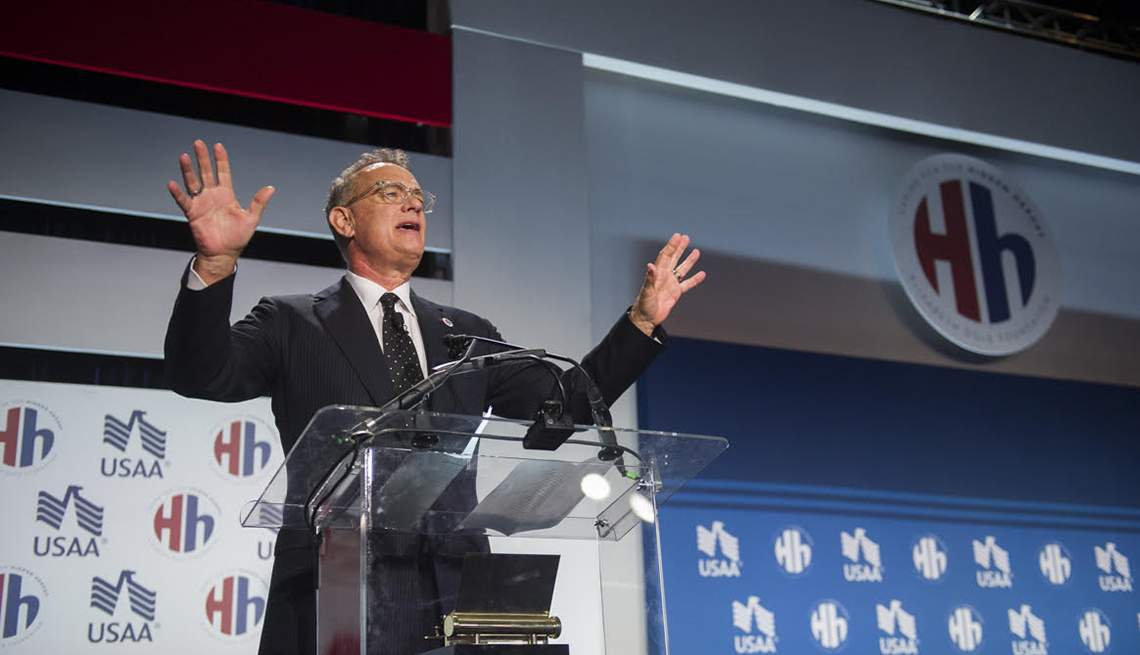 Few public figures have been as dedicated to supporting military families as Tom Hanks. As campaign chair for the Elizabeth Dole Foundation, Hanks helps raise awareness of the struggle facing those who care for wounded veterans. And at a fundraiser for the organization Thursday, the actor received the organization’s Hidden Heroes Champion Award and discovered that Dole had decided to rename it the Tom Hanks Award.

“The best chance for a veteran to thrive is to have a well-supported caregiver,” Hanks told the audience at the Heroes and History Makers event, cosponsored by AARP, which raised $1.7 million for the foundation. Hanks paid tribute to the influence of Bob and Elizabeth Dole and their ability to build nonpartisan support for important causes. “When one of the Doles calls and invites you to a meeting, you tell your staff, ‘I’m going to meet the Doles. When I get back, I’m going to be involved in something,’ ” he joked.

Hanks, who has produced such important TV miniseries about war as Band of Brothers and The Pacific and who was nominated for an Oscar for the World War II drama Saving Private Ryan, also joined a roundtable discussion featuring AARP CEO Jo Ann Jenkins, historian Jon Meacham and author Peggy Noonan.

“Caregivers represent $450 billion in unpaid work annually,” Jenkins said. Sen. Susan Collins of Maine and prospective Speaker of the House Nancy Pelosi of California, both of whom had family members who served at the Battle of the Bulge, were honored for their bipartisan work on behalf of veteran caregivers.

Explaining how each of us, if we dedicate ourselves to service, can improve our own lives as well, Hanks shared his three rules of success: “Show up early, know what you need to do, and have an idea for how you make things a little better.”