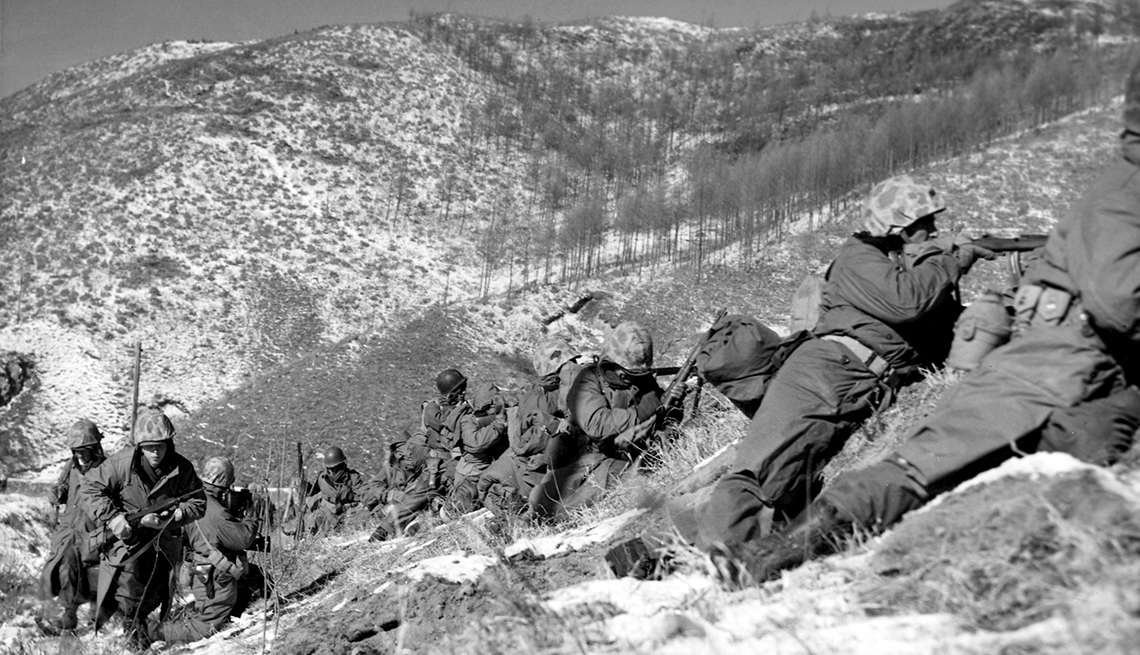 The Marines were surrounded, in bitter conditions, during the 1950 Battle of Chosin Reservoir.

En español | Lieutenant Richard Carey was in the 1st Marine Division at the Chosin Reservoir when an estimated 80,000 Communist troops surrounded U.S. forces in late 1950. One snowy night, Carey encountered his friend Jack Deloach, whom he’d met in 1949 when Deloach was a platoon sergeant at Camp Pendleton, in California.

I was in charge of intelligence in my sector and was told to get together a group of about 100 Marines and go up the hill to reinforce a company under attack. That’s when I ran into Jack, dug in on a hill. He was a good ol’ country boy from Georgia. Pretty rough language, colorful guy, with that Southern slang. He wasn’t afraid to tell anybody what he thought. He loved the Corps and could do any job. He’d taken shrapnel in his forehead, a grazing wound that was bleeding badly, and he couldn’t see very well. “Sarge,” I said, “I’m here to help as much as I can,” and he said, “You’re welcome to join in, Lieutenant — we could use you.” So I crawled into the foxhole with him.

He was peeling grenades out of a container and handing them to me, and I was pulling the pins, letting the spoons fly. I counted, “One thousand one, one thousand two” — they were three-second grenades — then I tossed them. The Chinese were right on top of us. We had a helluva fight but held the hill.

It helped that we had called in Corsairs with napalm. I remember watching those planes with Jack, thankful but also jealous. I said to him, “Those pilots are going back to Japan to a warm bed and a hot meal. I’m going to put in for flight training.”

In March 1951, I was wounded — they awarded me a Silver Star after that battle. I spent a couple months in the hospital; the next year I went to Pensacola, Florida, for flight training. And there, sure enough, was Jack, training officer candidates. I greeted him by saying, “There’s the old soldier doing everything he can for our Marine Corps!” Jack just grinned and said, “I’m honored to do it, Captain.”

Carey, 90, of Plano, Texas, far left, was a Marine aviator for 34 years, retiring as a lieutenant general after three combat tours in Vietnam. Later an airport, then courts, administrator, he remains active in Marine organizations. Deloach, near left, became a master sergeant and retired; he died in 2001. 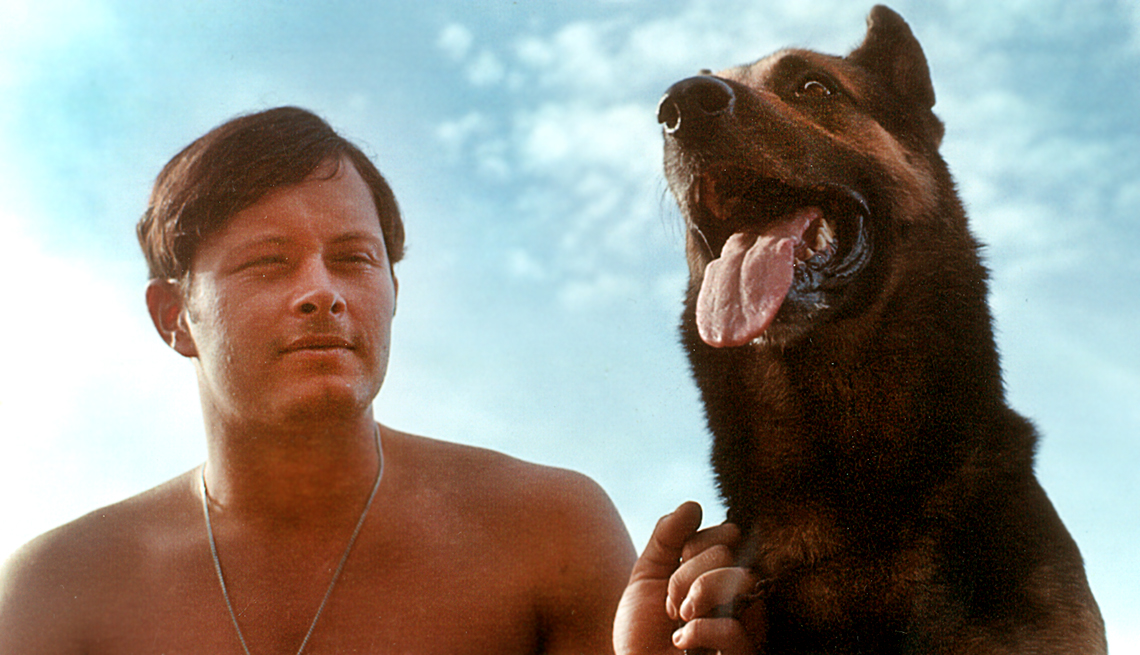