TWO YEARS after the invasion of Iraq, the insurgency had spread rapidly. Tal Afar, a city in northwest Iraq, was a hotbed of attacks against both U.S. and Iraqi National Army forces. In September 2005, U.S. and Iraqi troops led an assault on insurgents in the city. Sergeant First Class Gary Villalobos, 34, of the Army's 3rd Armored Cavalry, had been in Tal Afar for a month when he headed out on this patrol. 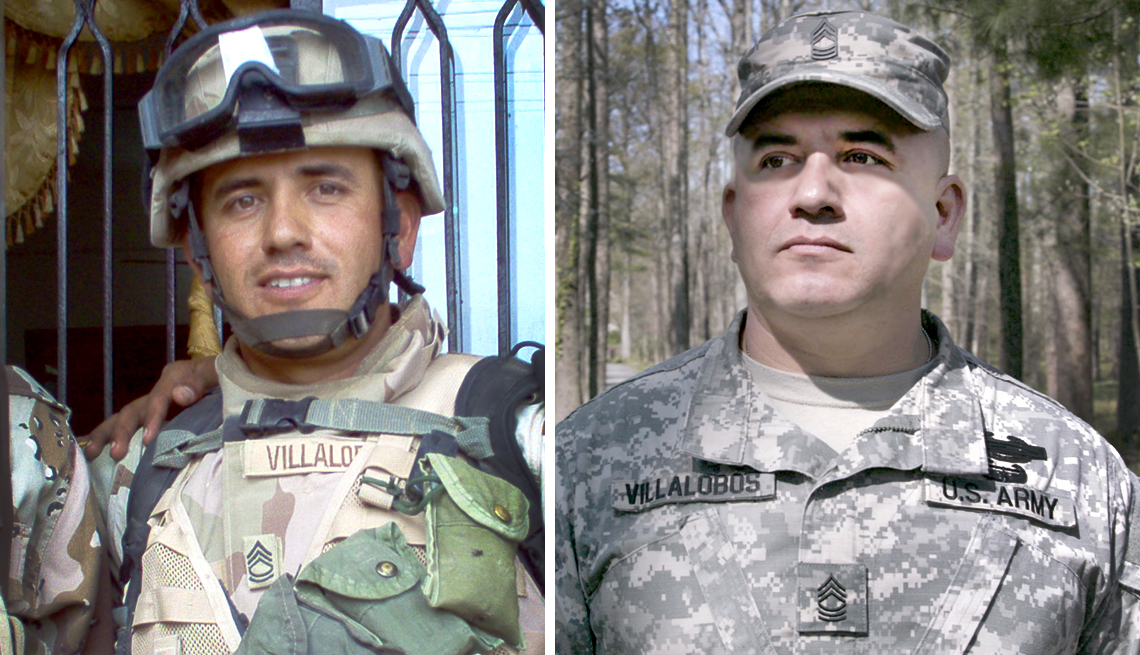 Gary Villalobos earned a Silver Star for his heroics in Tal Afar. After four tours of duty in Iraq, he is now the senior military science instructor at Southern Illinois University. (Courtesy Gary Villalobos)

THE IRAQI ARMY soldiers were under siege, so we patrolled with them. Lieutenant Colonel Terrence Crowe headed this ad hoc patrol. We'd developed 30 high-value targets in the city and captured 23 of them within the first hour. A couple hours into the op, I was told to move my Iraqi Army platoon two blocks up the road, about 150 to 200 meters. 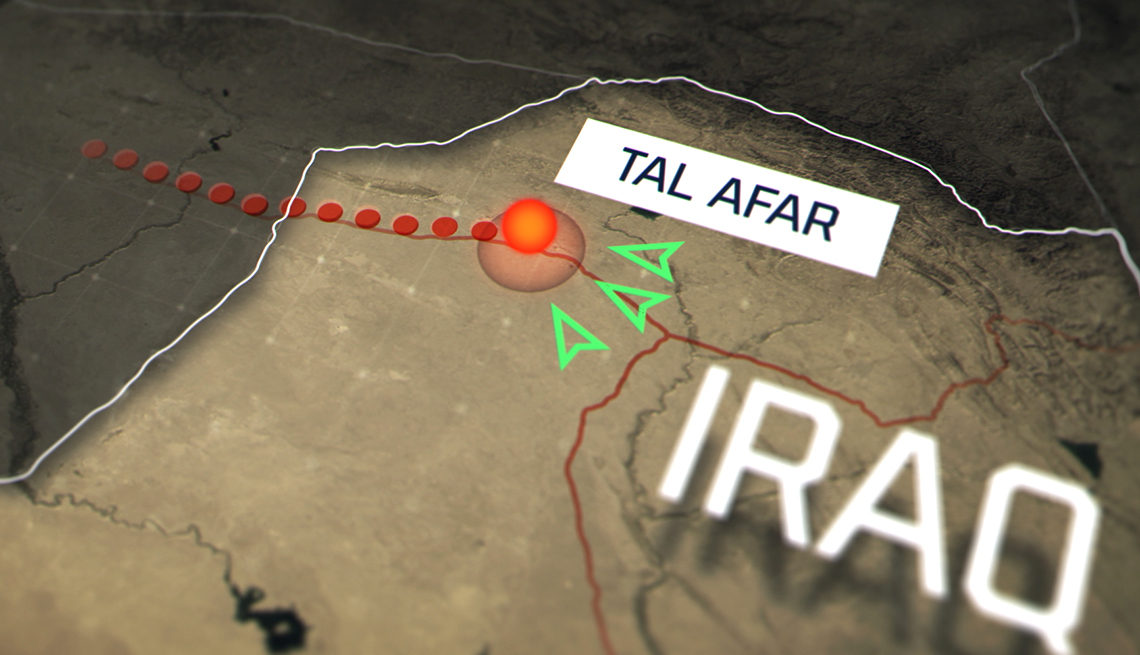 Tal Afar was a strategic insurgent-held city along the highway by which weapons and drugs entered Iraq from Syria. The green arrows represent the U.S. Army’s 3rd Armored Cavalry Division approaching to make its initial assault on the city. (AARP Studios)

On the way, there were no issues. Colonel Crowe was in the lead, walking down an alley. It was like a dogleg: quick right turn, quick left turn. I'm walking down the alley, and shit just blows up. I see Crowe drop about 10 feet in front of me. I could see four or five enemy on the rooftops for a split second. 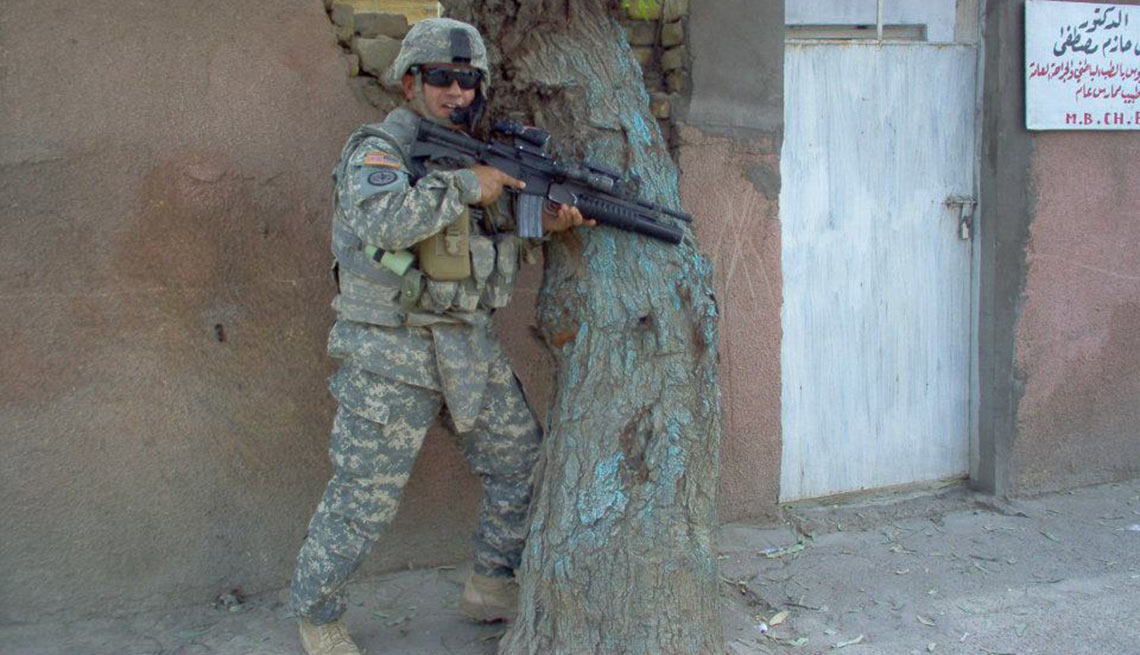 I reported a downed officer and returned fire. I threw a grenade, and one enemy was KIA, and the rest slipped out of sight. Crowe was hit, and I was pretty sure his femoral artery in the thigh was cut — there wasn't a single shot above his belt line. They knew where his body armor protected him.

I felt helpless; I couldn't reach him in time in spite of how close he was — the Iraqis with me did not know how to lay down covering fire.

It took about 15 minutes before I could get Colonel Crowe's body to the evacuation vehicle. Because it's as they say — you never leave a fallen comrade behind.