IN OCTOBER 1944, a fleet of Japanese warships attempted to make a run through the 47-mile-long Surigao Strait, in an effort to disrupt the Allied landing at Leyte Gulf.

They were met by a well-prepared force of American warships at the north end of the strait, including the destroyer USS Melvin, where Philip Hollywood was a 19-year-old fire controlman second class manning one of the ship’s guns.

The Melvin joined a line of destroyers that raced to meet the much larger Japanese battleships, and it sank the battleship Fuso with a pair of torpedoes. This would be history's last great surface naval battle. 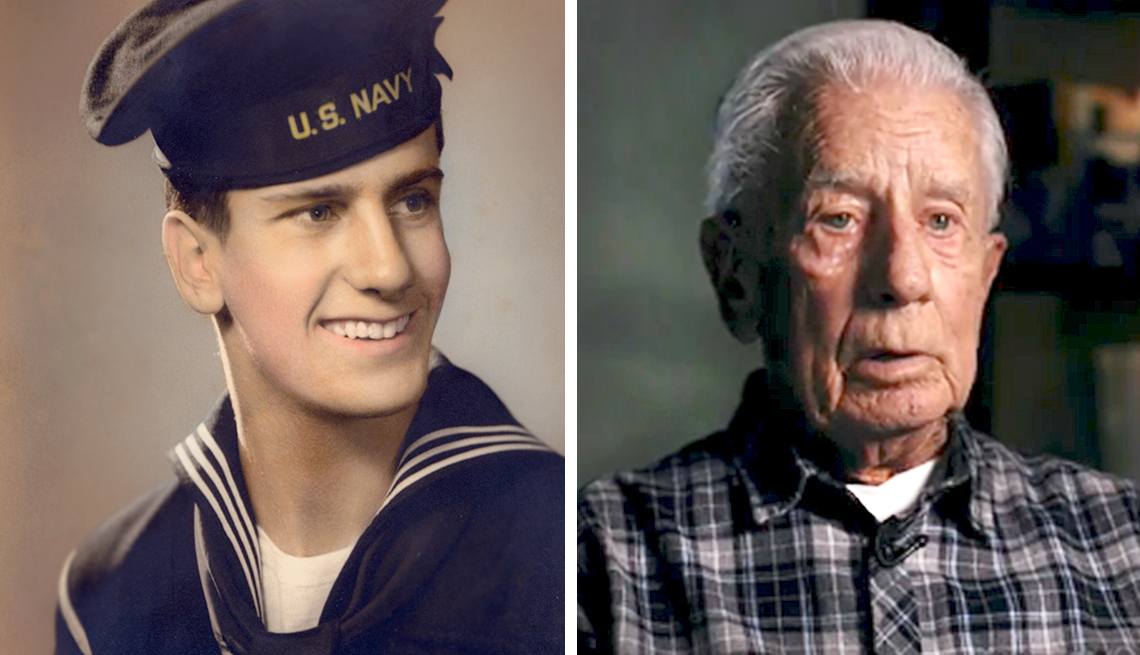 World War II veteran Philip Hollywood enlisted in the Navy when he was 17 years old. He was just 19 when he took part in one of history’s greatest naval battles. (Naval photo courtesy Philip Hollywood)

OUR ATTACK TOOK about five minutes. The job was to get as close as we could to the enemy ships, launch torpedoes and get out alive. We were in total darkness inside the fire control director, a fully enclosed box above the bridge.

But occasionally, through my lens, I could see a salvo of shells coming down. I was hearing a lot on the headphones from fellows at battle stations outside:
"They turned on a searchlight!"

"Wow, we just got illuminated by a star shell!"

"Those guys are on target!"

Nobody in our box was making a sound. Japanese shells started landing on both sides of us, and guys were screaming about how close that one was or this one was. When our torpedoes finally launched, we made a fast turn. We started making smoke from our boiler rooms to camouflage our movement and went around the north end of Dinagat Island. I opened my hatch and watched the show. These huge salvos from our battleships and cruisers at the top of the strait seemed to float down — then, BOOM! 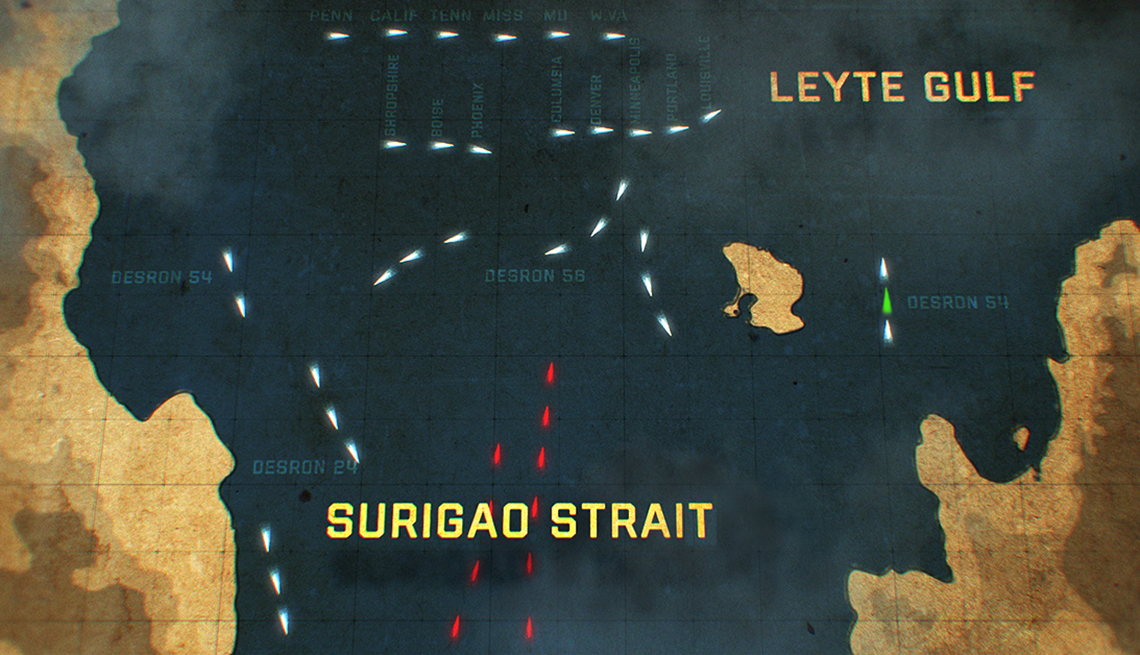 Ships of the Imperial Japanese Navy, depicted in red, steam into the waiting formation of U.S. warships. The USS Melvin, shown in green on the far right of the map, sank the battleship Fuso with a pair of torpedoes. 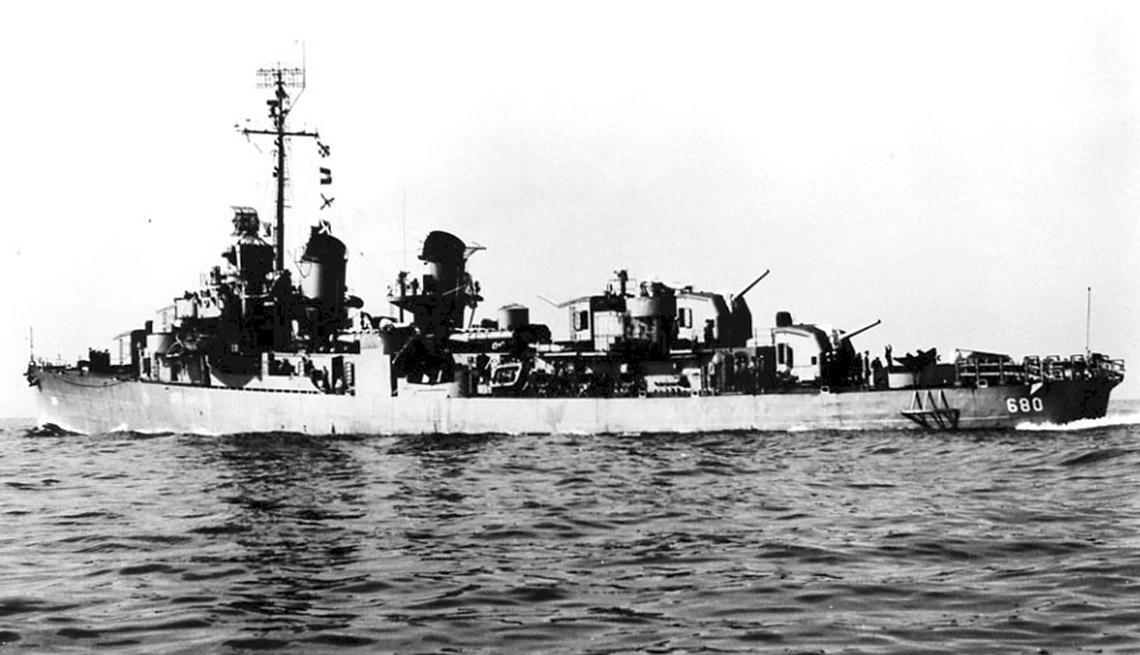 I felt sorry for the Japanese. Because our ships were crossing in front of them, we could fire all our guns at once — but the Japanese could fire only their forward batteries — it's [a naval tactic] called crossing the T. They had steamed into an ambush. I'm proud of my service to my country. It will never happen again, a sea battle like that. I was a part of history.

After the war, Hollywood worked his way up to be vice president of the Shoreham Hotel (now the Omni Shoreham) in Washington, D.C. He passed away in March 2016 at age 90.

Next: Battle of Ia Drang