Imagine meeting for the first time at the altar? What are your chances for a happy, healthy and successful marriage?

En español | Ten months ago I got a call that changed my life — and that of the three couples I helped to marry off.

Perhaps I should explain.

I was asked to be a matchmaker on the pilot of the FYI Network's reality show Married at First Sight. During the four months I worked on the project, much to my surprise, I learned a good deal more about what it takes to make a successful marriage.

The premise of the 13-episode series — which aired from July 8 to Sept. 30 — was that three couples would meet for the first time at the altar after being matched by a panel of experts that included me, a clinical psychologist, a sexologist and a chaplain. At the end of six weeks, the couples would have the option to stay together or divorce. As of this writing, two of the three couples are still married.

So ... what has kept them together? I think eight key factors made the difference between bliss and bust.

If couples could not share feelings honestly and kindly, they were sunk. Crucially, if they could not listen — and follow up to find out why their partners felt or acted the way they did — the marriage could not survive. The couple whose marriage did not last reacted quickly and angrily to any slight, real or perceived. Meanwhile, the still-married Jason and Courtney communicated about everything, from his ambitions (EMT Jason aspires to be a firefighter) to her initial lack of a supportive family. (Courtney's parents and siblings did not attend her wedding.)

Like all of us, these partners made mistakes (occasionally big mistakes). But each successful pairing featured two people who were forgiving enough to learn from a transgression — and to forge on. Famously, Doug initially lied about smoking to Jamie: He claimed that he had quit, and she angrily spelled out her disappointment in him as a person when she found out he hadn't. But then Jamie calmed down and began the hard work of learning why Doug had lied; when she realized it was because he loved her and didn't want her to know he'd been weak, she felt compassion for him. He promised he would never lie again, and her empathy strengthened their marriage.

Many people start out with a fixed idea of what they want from a partner, which becomes an excuse to break up the relationship when they (inevitably) don't get exactly what they expected. Flexible people, by contrast, work hard to figure out their partner, then readjust their expectations as necessary. Courtney never anticipated falling in love with a man who would be in constant training, day and night, for the first six months of their relationship (Jason was attending the fireman's academy), but she adjusted quickly because he was important to her.

Courtney had to wait for Jason to believe in their relationship with the same confidence and intensity that she did. Had she pushed it, the relationship that was slowly being kindled might have been snuffed out. Allowing her partner to move at his own pace turned out to be a key success factor.

The couples who really stood out had a generous spirit toward the relationship. Doug was devoted to welcoming Jamie's family members because she had stressed how important it was that her husband fully accept them, no matter how difficult they might be. (Jamie's mother was a substance abuser.) Every time a person put the other one first — be it learning to cook for the partner or going to see the partner perform (Courtney was in an 1890s-style burlesque show!) — it bolstered the relationship.

Self-assured partners believe in their own core worth — and are not afraid to reveal how that makes them worthy as a mate. So even though Jamie didn't find Doug particularly attractive when she first walked down the aisle (she melted in tears after the wedding), Doug didn't let it get to him. Convinced that Jamie would see him differently once she got to know him better, he simply kept the faith that he had the goods — and that Jamie would come to appreciate them. (And she did!)

When one partner admired something the other had done, and said so, the compliment breathed oxygen into the relationship. Doug constantly told Jamie how much he respected what she'd done for her family (assuming custody of her siblings) and the fact that she'd carved out a career for herself as a nurse at Columbia University Medical Center. Vaughn, by contrast, often made disparaging remarks to Monet, which reached a crisis point when he told her she was "not my type" after consummating matters on their honeymoon night. Generally a kind and bubbly person, Monet retaliated by informing Vaughn he had yet to live up to his "potential." You can imagine how well that went over.

Virtually no one reaches adulthood without having his or her trust betrayed by someone else. Jason had never gotten the chance to know his father, while Courtney walked down the aisle alone because her family didn't approve of her marriage to Jason. Yet both successful couples somehow mustered the faith required to trust the love, loyalty and commitment of their new spouses.

More than eight attributes are needed to create love and make it last, of course — but if you're capable of even half of these, I just might be fixing you up with a stranger on Season 2 of Married at First Sight. If you'd like to nominate yourself as a participant for the show, visit fyi.tv. Click on "Shows," then Married at First Sight and "Singles Wanted." Finalists will be selected in late 2014 or early 2015. 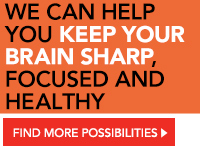