Seth and Lauren Rogen Use Humor to Tackle Dementia

When Alzheimer’s runs in the family, prevention and a cure become personal

Actor-comedians Seth Rogen, left, and Lauren Miller Rogen talk with AARP CEO Jo Ann Jenkins about Alzheimer's disease, the toll it's taken on Miller Rogen's family and how the couple are raising money for research and awareness through their Hilarity for Charity nonprofit.
Linda Dono, AARP
By

Nothing is remotely funny about Alzheimer’s disease.

But Seth Rogen is using his fame as an actor and comedian to raise awareness around dementia and confront the stigma surrounding a subject that folks are often reluctant to talk about. About 55 million people globally live with dementia, and nearly 10 million cases are diagnosed every year, according to the World Health Organization.

The financial and emotional burden on families and caregivers is enormous. An AARP study from spring 2021 estimated that family caregivers spent more than a quarter of their own income every year on caregiving activities, an average of more than $7,200. The median cost of care for older adults in the United States who need assistance for dementia or other chronic conditions ranges from almost $60,000 annually to more than $100,000, depending on whether the care is at home or in a nursing home, according to insurer Genworth, which tracks the costs.

A decade ago, Rogen and his actress wife, Lauren Miller Rogen, started the nonprofit Hilarity for Charity. Adele Miller, Miller Rogen’s mom, was diagnosed in her mid-50s with an aggressive case of early-onset Alzheimer’s, and Adele Miller’s parents both developed dementia.

The couple joined AARP chief executive Jo Ann Jenkins on stage Jan. 6 at the CES trade show in Las Vegas in conjunction with the AARP’s AgeTech Summit to discuss the disease and how technology can help combat cognitive decline.

Balancing humor with a deadly serious topic is no easy task.

“It’s become very organic to who we are,” Seth Rogen said in an interview. “If you have a comedic perspective on life and if your outlet is comedy, then it might take some time to process. But ultimately the only way to approach something like this is through that lens. It’s not as challenging as it once was for us.”

His wife agreed. “At our first charity event 10 years ago, we didn’t really mention Alzheimer’s at all,” she said.

Some years back, Miller Rogen started capturing footage of her mom’s journey with the disease. The video will be used in an AARP-sponsored documentary from filmmaker James Keach, who also directed the 2014 documentary Glen Campbell: I’ll Be Me.

“What we really would like to show people is the real true reality in this horrendous thing,” Miller Rogen said of the new film. “My mom didn’t talk for the last six years.”

She and her husband may have comedic backgrounds. But she said the movie will not be sugarcoated or come off as sitcomish.

“We want to make something that people can watch, they can learn, they can relate to and feel inspired by,” she said.

Keach’s Glen Campbell documentary followed the late singer’s final concert tour after he, too, had been diagnosed with Alzheimer’s. It also had a lighter side.

“I’d say, ‘Glen, how’s the Alzheimer’s? He’d say, ‘I don’t have Alzheimer’s I have part-timers,’” Keach said in an off-stage interview. “Then I’d ask tough questions like, ‘What did you forget today?’ He’d say, ‘Hell, I don’t know. You tell me.’ It’s creating the levity. We all have to laugh, even people with Alzheimer’s.” 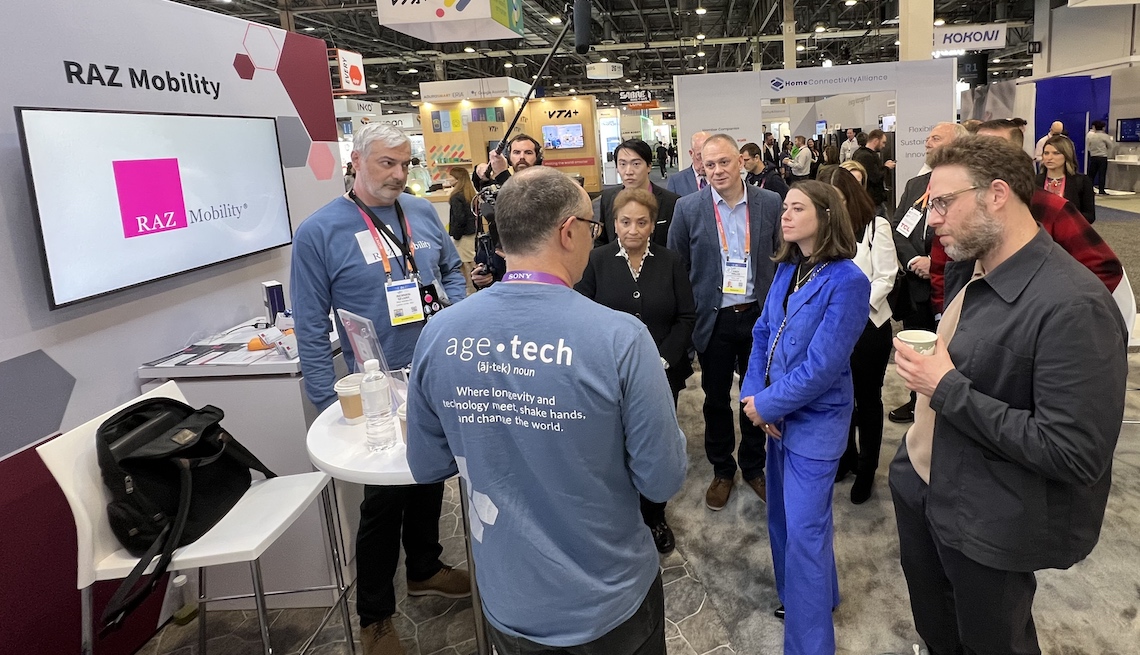 In their own work to bring awareness to dementia prevention, the Rogens are preaching the importance of getting enough sleep and other habits that support brain health, which are important ways to lower your dementia risk, according to the federal Centers for Disease Control and Prevention.

“The average person knows how to take care of their hearts: Don’t eat too much fat,” Rogen said. “If you smoke, it’s bad for your lungs. If you exercise, it’s good for your muscles and your body. But almost no one knows what to do for their brain.”

He lamented that most young doctors he comes across haven’t been inspired to join the fight against dementia or Alzheimer’s because the field is grossly “underfunded in comparison to a lot of other more glamorous diseases.” AARP is doing its part to change that.

“One of the things I say when I’m up on the Hill advocating is every member of Congress has a caregiving story,” Jenkins said. “This whole issue about brain health is something that our 38 million members tell us is the one thing they fear most in life, losing their cognizance and having brain health issues.”

AARP has invested more than $100 million in the Dementia Discovery Fund. The venture capital fund in the United Kingdom provides money to biotech companies seeking to discover therapies and cures to stop or slow the onset of dementia.

AARP also teamed up with the Alzheimer’s Society, Challenge Works and other organizations to launch the Longitude Prize. This international competition pushes the world’s innovators to use artificial intelligence and machine learning to develop assistive technologies that will improve the quality of life for people with dementia and their caregivers. 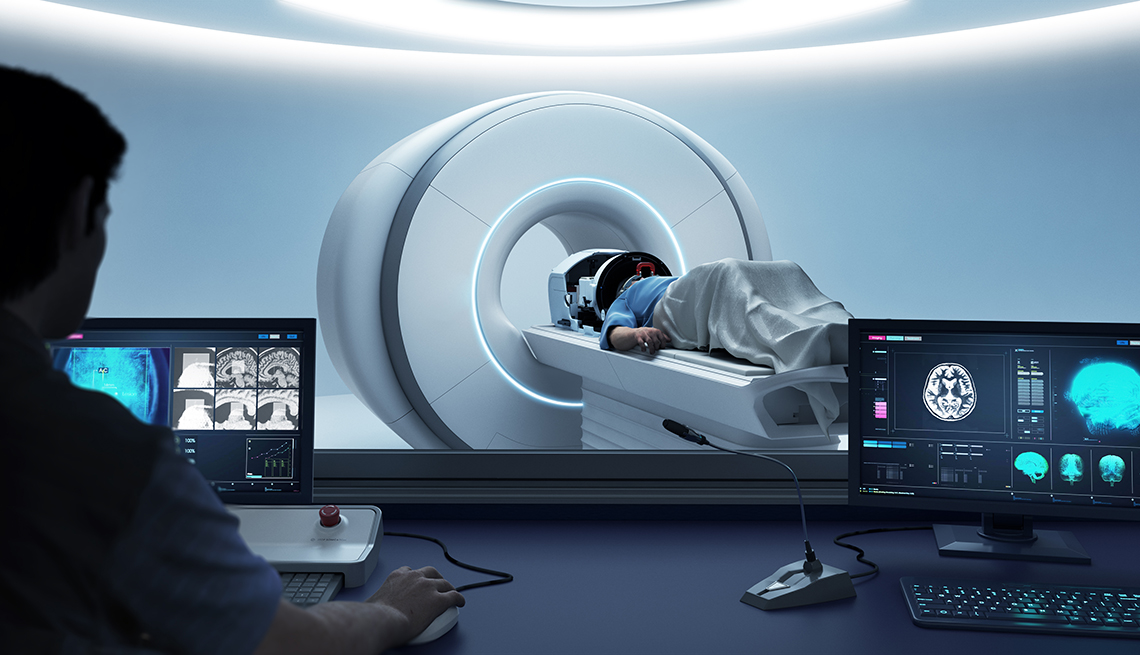 Researchers are studying its impact on the brain