Bionic arms, tricorders and universal translators among devices anticipated — most of them this year 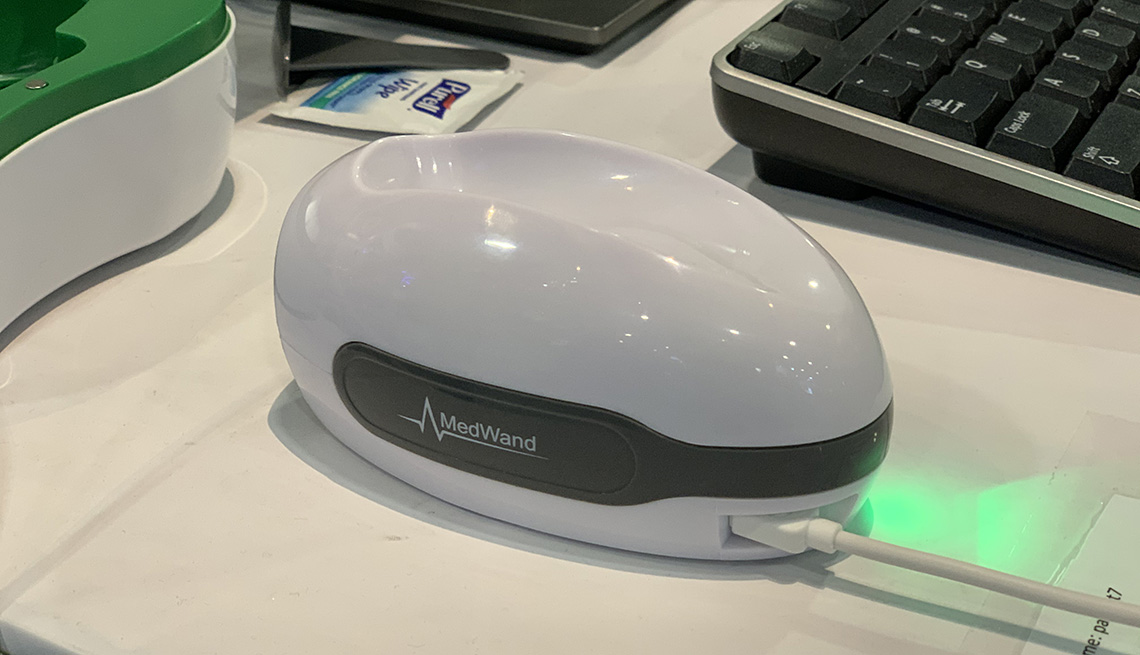 2020 promises to be an exciting year for high-tech gadgets and gizmos.

Many of the computers, giant TVs, high-tech cars and wearable tech showcased at CES, the annual Las Vegas consumer electronics convention where more than 4,400 companies showcase their wares, aren't just prototypes but gear scheduled to be ready for buyers this year or a little beyond.

Here is a closer look at four impressive items.

Anyone remember the tricorder from Star Trek, a handheld medical device that can scan a person and diagnose diseases and other ailments?

While the tricorder is science fiction, the next best thing may be the MedWand, which is due out later this year for $399, pending Food and Drug Administration (FDA) approval.

About the size of a computer mouse, MedWand is a portable diagnostic tool that lets a physician remotely assess a patient. You can be sick in bed or live in a remote town, but a doctor could virtually scan you via this gadget you own when it's connected to your computer's USB port.

The second generation of the device is said to be wireless.

How does it work? This telemedicine solution has 10 scopes and sensors, including a blood pressure monitor, a dermatoscope for skin exams, an electrocardiograph, an ophthalmoscope for eye exams, an otoscope for ear exams, a pulse oximeter to help measure respiratory rates, a stethoscope for lung exams, a thermometer that doesn't require skin contact and a throat illuminator.

Samir Qamar, chief executive of Las Vegas-based MedWand, says this tool shouldn't be used for self-diagnosis but rather guided by a physician in real time or by a professional reading the captured data. 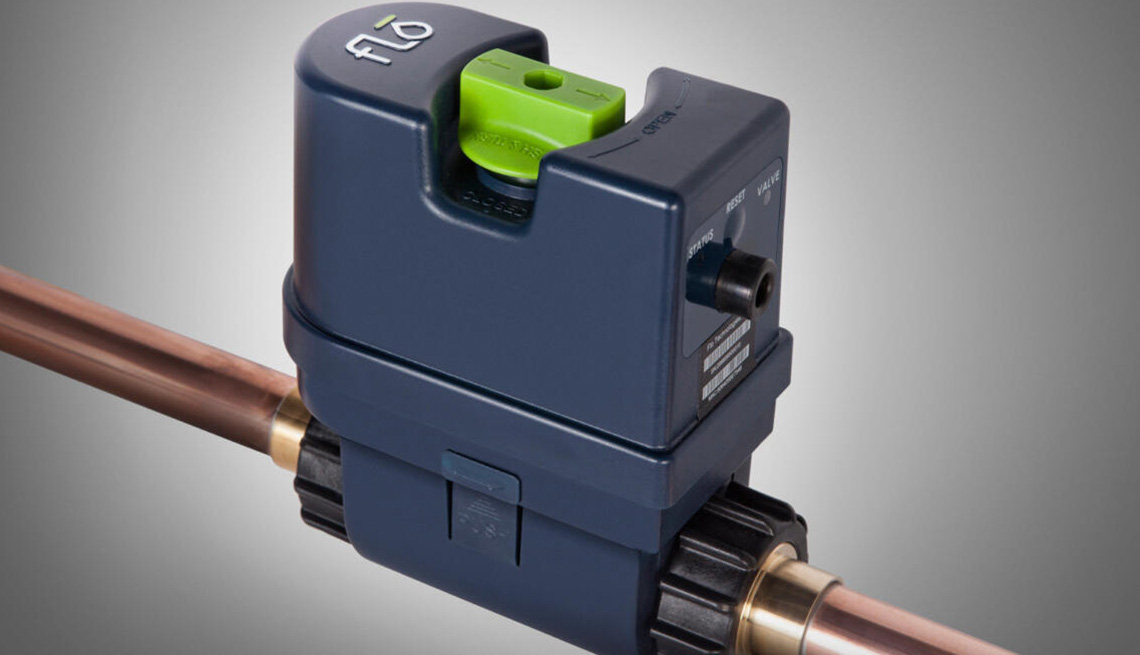 Consider Flo by Moen a kind of security system for your home's water supply.

The smart water shutoff valve proactively identifies problems — potentially a burst pipe or a tap left running — before they become headaches and notifies you on an app anywhere in the world. It also can be set to turn off the water automatically if you are away.

A professional contractor would add this gadget to the main water line into your home in an area that doesn't get excessively hot or below freezing, or it can be installed inside the home. Then it joins your Wi-Fi.

The connected device from Moen, based in North Olmstead, Ohio, detects flow rate, pressure and temperature. It allows you to better understand your home's water usage, such as someone taking excessively long showers or a toilet running in a spare bathroom, to help reduce costs. Flo by Moen is available now for $499. It has no monthly fees, and home insurance providers may give you a discount if you have it installed. 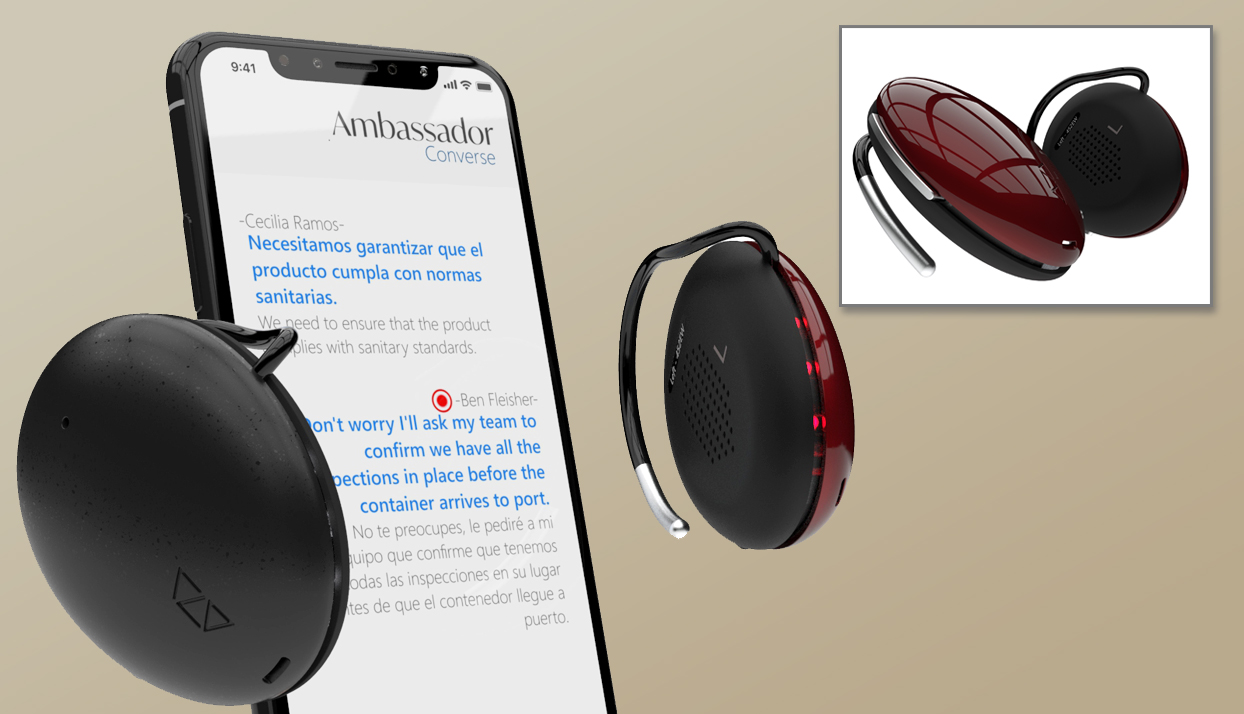 Imagine traveling to Italy without knowing any Italian or attending a conference in Mexico City and finding out the presenter is delivering her keynote address in Spanish. As long as you're wearing the Ambassador, a small clip-on earpiece, you'll hear others speak in your mother tongue.

Available in March for $199, Ambassador from Waverly Labs is a wearable language translator. When wirelessly connected to a nearby smartphone, it can translate up to 20 languages and up to 42 dialects, according to the company.

It also can be used in a Converse mode that supports up to four people, so each person can talk in his or her own language.

If my live demonstration was any indication, the technology is not quite real time. The spoken words are first uploaded to the “cloud” — servers for Waterford, Virginia-based Waverly Labs — to be processed, and the translation is downloaded to your earpiece. But it's quite quick at just a few seconds’ delay.

The way it works is similar to voice assistants such as Alexa, Google Assistant or Siri. Your queries are first uploaded to the companies’ servers, then answered. 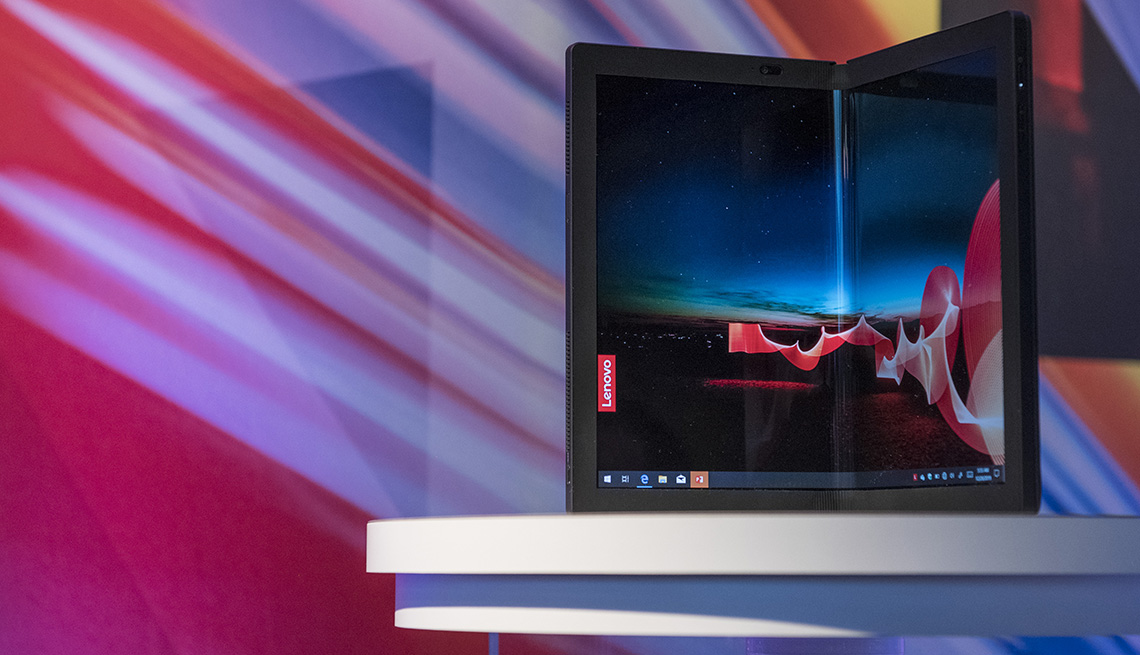 Versatility in holding your PC

This might not change the world, but it's the most innovative computer design I've seen in a very long time.

At CES, I spent 24 hours with the world's first foldable PC, called the ThinkPad X1 Fold.

Available sometime midyear from Hong Kong-based Lenovo and created with Intel, this new and versatile ThinkPad can be used in several modes:

• Unfolded horizontally to its full 13.3-inch size to stream a movie or play a game on its clear OLED display using the kickstand built into its fitted case

• Unfolded vertically so you can use the included stylus, called an Active Pen, to sign legal documents

• Bent like a laptop so you can type using its virtual keyboard on the half that's flat on a table, or use the bundled physical wireless keyboard if you prefer. You'll see the document on the top half of the screen.

• Bent like a novel to read e-books. Or watch a video on one side of the screen while shopping online on the other.

You get the idea. When you're done, you can fold this 2.2-pound Windows 10 device to drop into a purse or backpack.

• A bionic arm. BrainCo, a company in Somerville, Massachusetts, that specializes in brain-machine interfaces, showed its prosthetic arm, dubbed Dexus, controlled entirely via the wearer's thoughts.

Instead of requiring extensive training, this bionic limb is said to easily translate intentions to hand movements. No word on when it will be available, but it's pending FDA approval and may sell for as low as $10,000; traditional prostheses cost four times that, BrainCo President Max Newlon said.

To control the limb, the technology detects and translates human brain signals through the use of advanced sensors and artificial intelligence algorithms.

• A full-body exoskeleton. The Sarcos Guardian XO already is commercially available for a pricey $100,000, but this battery-powered robotic suit can “boost human performance and endurance while helping to prevent injury,” said a spokesperson in the Delta Airlines area of CES.

The wearer moves normally, but Guardian XO, which the Salt Lake City-based robotics company designed initially for Delta employees, augments the actions with its superstrength, such as effortlessly lifting 200-pound objects with only 1 pound of force.

You just might spot a baggage handler wearing one at an airport later this year. 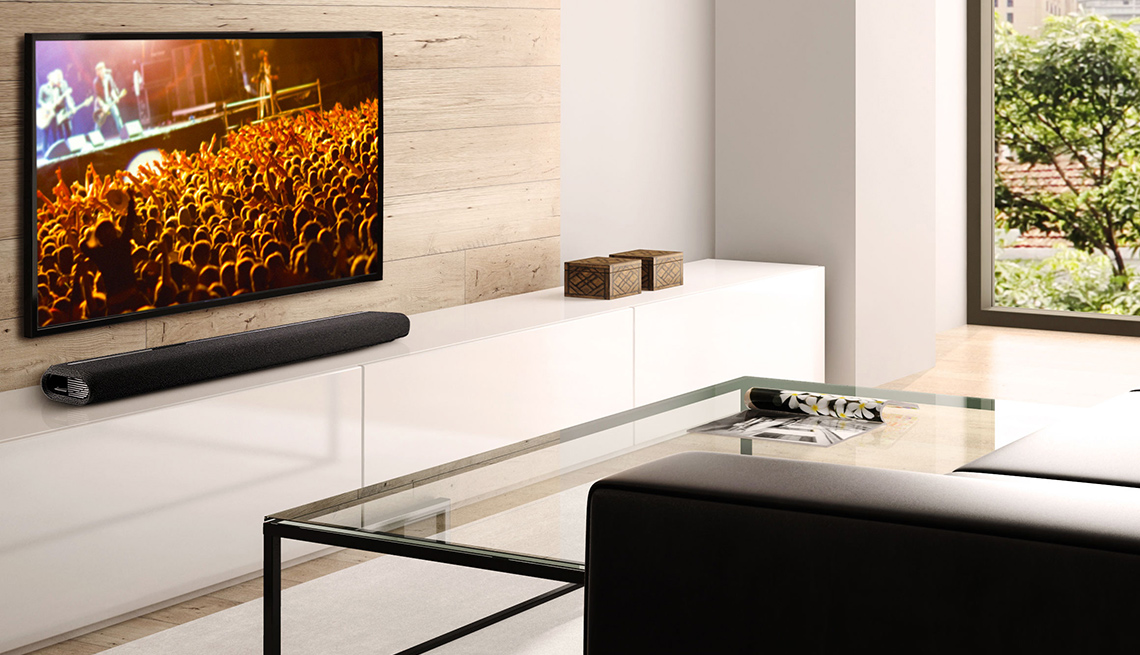 How to Better Hear Your TV 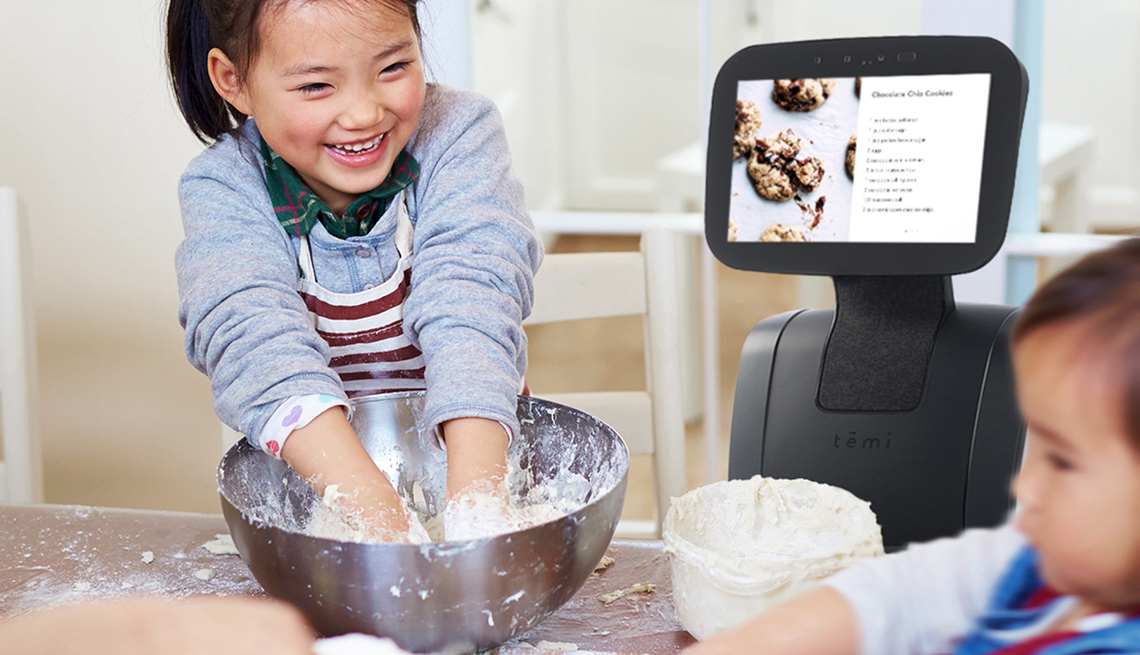 Living With a First-of-Its-Kind Home Robot 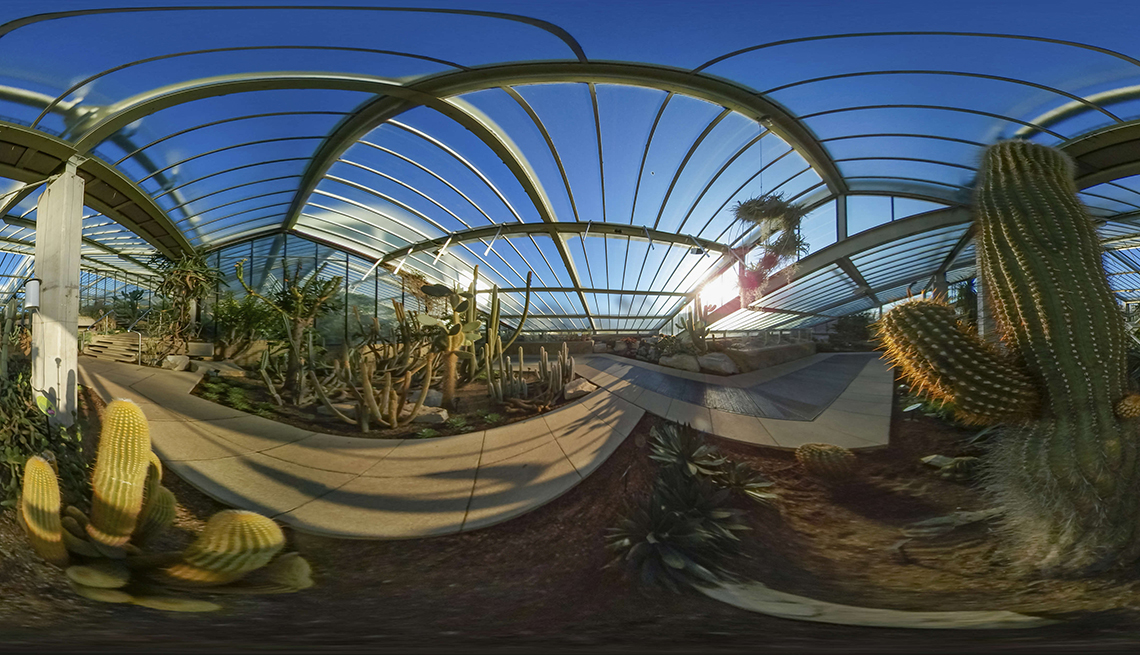