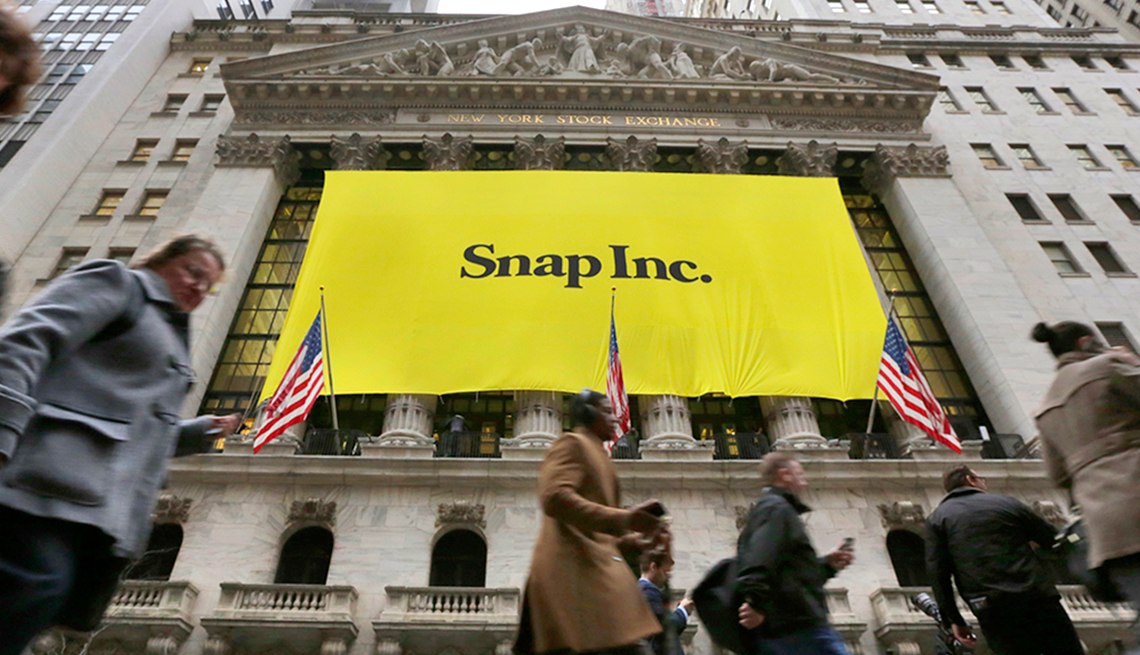 The fastest-growing segment on Snapchat is over the age of 45.

In the most anticipated tech-industry initial public offering (IPO) since Facebook went public in 2012, Snapchat parent company Snap made its ballyhooed stock market debut this morning. It did not disappoint: From its initial pricing of  $17, the Snap stock price shot up to $24 at opening.

The texting and image-sharing app is a hit with millennials, who on average check in with it 18 times a day. (Now you know why your kids or grandkids aren’t returning your calls!) And certainly the younger demographic has driven the app’s outlandish growth to more than 158 million global daily users at the end of 2016.

But it’s not all kids on Snapchat. In fact, when it comes to new users, the fastest-growing segment is those 45 and older. According to market research firm eMarketer, in 2016, U.S. Snapchat users in the 45-54 age range doubled from 1.7 million users to 3.5 million, while the number of users over 55 nearly tripled. To be sure, in the U.S., middle-aged and older Snapchat users still account for a small portion of the app’s total users: eMarketer projects that by the end of this year, 11 percent of all Snapchatters will be over 45. But that’s still up from 5.6 percent just two years ago.

And watch out for the rise of the Social Security-eligible Snapchatter: The eMarketer survey projects that by 2021, 2.2 million users will be older than 65, a startling elevenfold increase over 2015.

Analysts say older users may be attracted to Snapchat for very different reasons than the app’s traditional millennial users, many of whom rely on it to share pictures and text messages that disappear after being viewed by the intended recipients. In a push to diversify the content and attract new users, Snapchat has focused, over the past few years, on signing more content deals with news publishers and TV networks that publish short news stories and special mini episodes of shows.

The push has worked, at least as a way to draw older users. Those over-45 Snapchatters may not be exchanging as many self-destructing selfies but, according to eMarketer, they are signing up in greater numbers and using the app as an increasingly useful source of information and entertainment. And, of course, as a way to see what the kids are into these days.