Spreading the Joy of Double Dutch 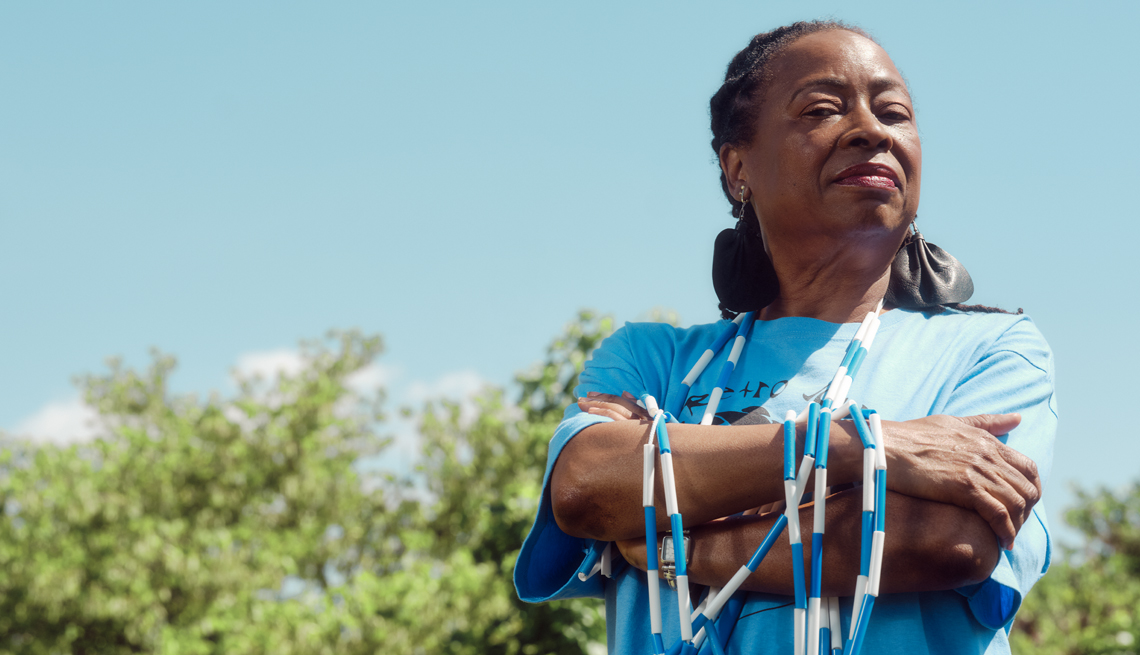 Joy Jones learned to jump double Dutch as a child. As an adult, the 66-year-old semiretired public library associate took ﻿out her jump ropes again and founded a double Dutch performance group.

Jones, the author of five books, including one about double Dutch called Jayla Jumps In, spoke with AARP and described what her childhood hobby has brought to her life.

Joy Jones: It looks tricky, but double Dutch is easy to learn, even if you’re older. Jumping two ropes that are swinging in opposite directions is more rhythmic than single rope jumping. And you rarely fall down, because your feet stay pretty close to the ground. You can pick up the basics in under 10 minutes﻿ —﻿ you just have to be willing to look foolish and have fun.

I learned how to double Dutch as a child﻿ —﻿ it’s seen primarily among Black girls in cities in the Northeast. Then I grew up and put my jump ropes away. But I got back into it about 17 years ago, when I formed the performance group DC Retro Jumpers. The founding members are women over 50, but we’ve got all ages in the group now. Our motto is, ﻿'Not everyone likes to exercise, but everyone likes to play.﻿'

A lot of times people don't want to do a formal workout. After all, workout means work. But almost everyone enjoys having fun. And revisiting some of the things we did as children is a whole bunch of fun. And so, I thought it would be easier to get people to pay attention to their health if it's something that they want to do, not something that they ought to do. 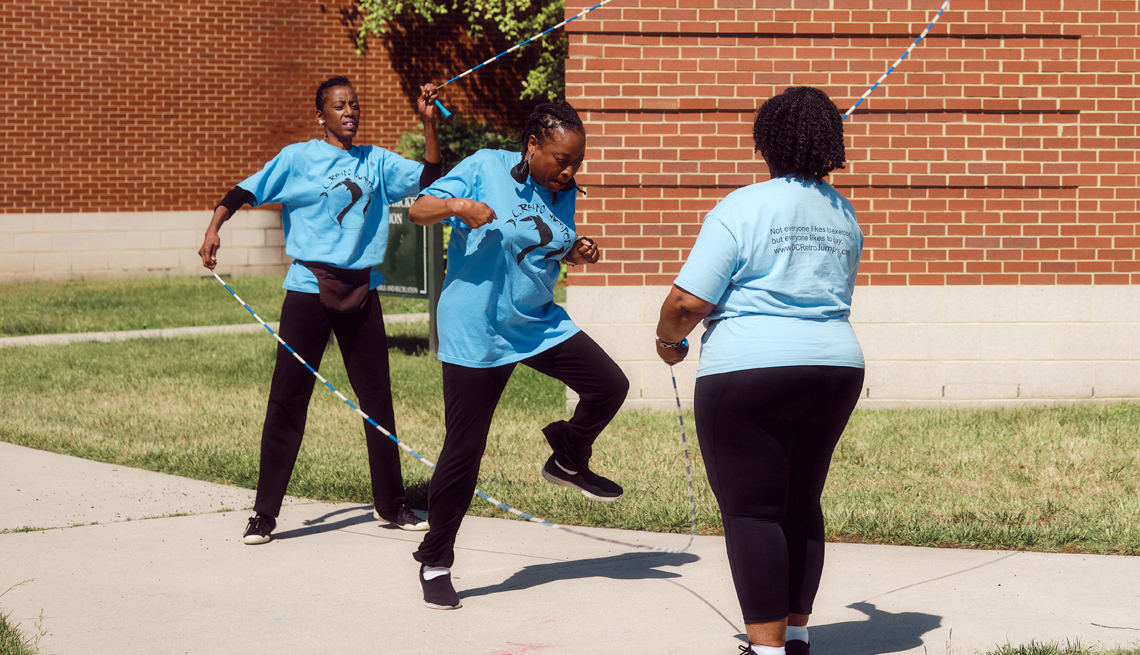 A few years ago, a reporter saw my group performing at a street festival and wrote about us. The next thing I knew, we were on a plane to Russia to tour, as part of a cultural exchange sponsored by the U.S. embassy in Moscow! Our first day, we double Dutched in Moscow’s Red Square. We also performed in St. Petersburg and Belgorod. We were well received everywhere.

Our handlers on the tour were all Russian men, and they were huge fans of hip-hop music. One of them came to see us in the U.S. He even entered a hip-hop dance competition in Baltimore and placed in the semifinals. So I guess you could say that the cultural exchange was a success.

You might look at me and say, 'Oh, she started a double Dutch team, and the double Dutch team traveled abroad? She must have been a competitive jumper in her youth. She must be a jump rope ninja.' Not so. I'm just a passable jumper. I do it because it's a lot of fun to do it. Our secret sauce is we get you to jump. When we do our demonstrations, people are not so much interested in watching us do our thing ﻿— they want to get in the rope﻿, too, and so we are very good at helping that person who hasn't jumped in 100 years, and she wonders, ﻿C﻿an I still do it﻿? Yes, you can. Or the person who says, ﻿'I never learned how to jump double Dutch. Can I learn at this advanced age﻿?' Yes, you can. Or the little kid who's always on his or her screen, and they see all the excitement and they put the screen down. They leave the cellphone alone, and they want to get in on the action. Can they do it﻿, too? Absolutely.

So our secret sauce is we're good at getting other people to join in on the fun.

I’d encourage anyone to return to something they loved as a child, or try a kids’ skill you’ve always wanted to learn. If people think you’re immature, who cares?

A lot of times adults don't want to look foolish. Sometimes men wonder, Is this just for girls only? Sometimes you think, Oh, I'm so fat, I'm so old. Can I do it? And once you get over those burdens ﻿— and they're not really burdens or obstacles, they're hiccups ﻿— you'll have no problem.

Double Dutch is exhilarating. That jumping up and down is so simple, yet it kicks in all of that exhilaration. So it makes me feel happy, it makes me feel excited. A lot of times when DC Retro Jumpers comes into a room and we start turning, the room might have been quiet and sedate, but pretty soon it's popping with activity. We're purveyors and conveyors of joy, and I like watching that transition from a quiet, sedate environment to one that's full of excitement and fun.

For me, double Dutch is like a combination of confetti and champagne: It releases a happy feeling and makes everyone around you feel good, too.

Champagne gives you that high feeling, and confetti is what you throw out when you're excited, when you're celebrating. And so double Dutch is that sweet spot between the two of those. Champagne without the hangover, and confetti without having to sweep up trash. So it's pure.​

Sharon McDonnell is a contributing writer who covers travel, food, culture, the environment and aging. Her work has been published in Fodor’s Travel, Roadtrippers, Senior Planet﻿, and﻿ The New York Times.