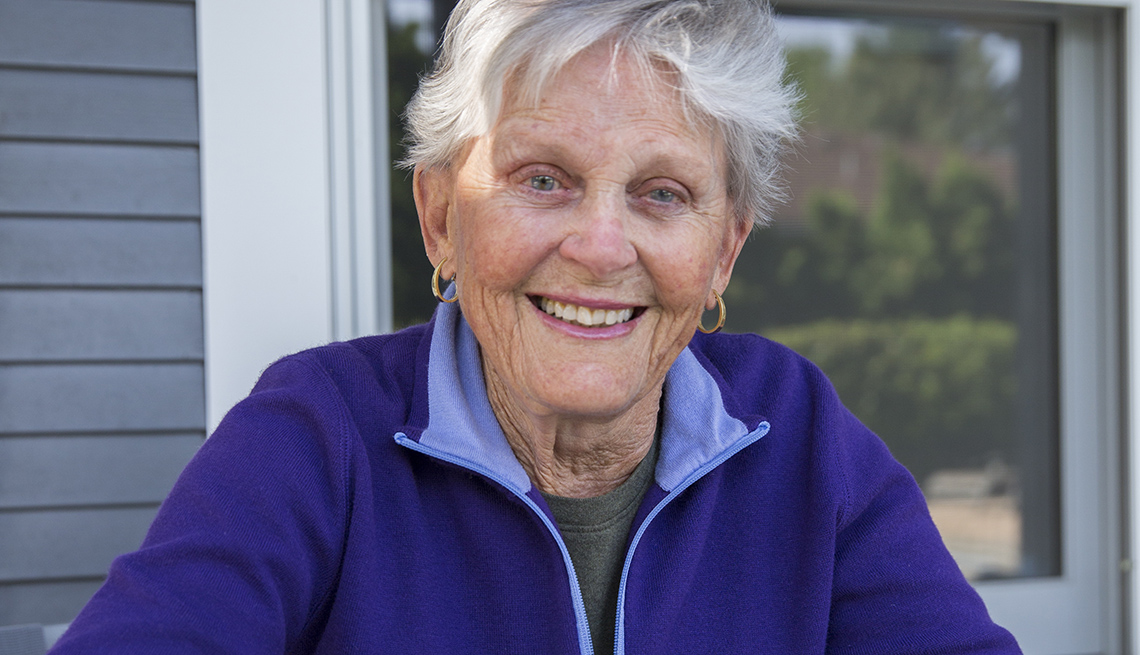 I wasn’t excited about turning 80. My younger daughter had asked if I wanted an 80th-birthday party, but I didn’t want a light shining on me as I marked this milestone. I wondered what I could do instead.

A six-decade-old memory popped into my head. In 1957, around the time my friends and I were turning 21, one of them did something that surprised me: She gave her mother 21 roses. Rather than wait for a present, she gave one. At that age, I’d never thought about doing something like that. I was so impressed.

That started me thinking. What could I give? Well, I’m turning 80. I’ll give $80. But to how many people? I briefly considered giving $80 apiece to 80 friends and relatives, but it seemed like a lot of money — cash I could use instead to treat myself to an overseas trip. Another concern: I knew I wanted to give the money in person, not just mail it. Could I manage that 80 times in one year? I wasn’t sure.

Finally, when I couldn’t stop thinking about the logistics of hand-delivering gifts to people in so many places, I knew I had come to a decision. I bought 80 blue envelopes. In each I put four $20 bills; a self-addressed, stamped postcard; and a note asking people, in honor of my birthday, to give the money to anyone they chose. “Find someone who least expects it,” I wrote. “Then write … and tell me about your experience. Let’s spread a small bit of joy!!”

The weekend of my 80th birthday, I started handing out my blue envelopes to family members and friends who were in town for the wedding of one of my grandsons. Over the next year, I hand-delivered 78 envelopes to people ages 9 to 90. (The last two I mailed.) One of the dozens of emotional responses that Wheatcroft (“Iggy” to friends and relatives) received as part of what her family dubbed the “80 to 80 Project.” Three years later, she still enjoys rereading the reports of where her money went.

As postcards arrived, two things stood out. The first was the joy people experienced when giving in person. Many sent me heartfelt letters, some with photos of the receiver. The second was the rapport created when givers explained the source of the money to recipients. It was as if they were teaming up to help an 80-year-old lady celebrate her birthday.

People who gave the $80 as a lump sum often gave it to a person struggling with expenses. One woman heard a teller at her bank say that she would be out for six weeks for reconstructive surgery after a double mastectomy. The woman reached into her purse and gave the teller the $80 and my note. On her postcard, the woman wrote, “She cried and I cried.”  Other people left a big tip for a service worker — a waiter, say, or a gas station attendant. A mother of two young children wrote about seeing a boy of 11 or 12 walking her street on a summer day asking for work. Later, she saw him doing yard work for a neighbor. After he’d labored an hour in the heat, she walked over and told him how much she admired his work ethic and determination. She gave him a $20 bill, and a huge smile crossed his face.

One couple were inspired by a sign they saw online reading, “Socks are the most-needed but least-donated article of clothing in homeless shelters.” They pooled their money to buy 52 pairs of socks and took them to a shelter just before Thanksgiving. The man taking the donation said, “This is better than turkeys!”

My gifts had unexpected ripple effects. One man to whom I gave an envelope continues to give, three years later. He says he’s now more aware of the people around him and is more comfortable with giving to strangers. Someone else adapted my idea as birthday gifts for her nieces. She gave them sets of 14 and 16 envelopes (matching their ages), telling them, “Do whatever you want with the money, and let me know the fun you had.” The girls responded that they had treated friends to movies and meals out and left extra-large tips.

When I started this, I had hoped people would pay the gift forward in person. That’s why I hand-delivered the envelopes, to emphasize the joy of personal interaction. As for the many ways in which people spread joy, well, that surpassed all my expectations.

As told to Julie Wheaton