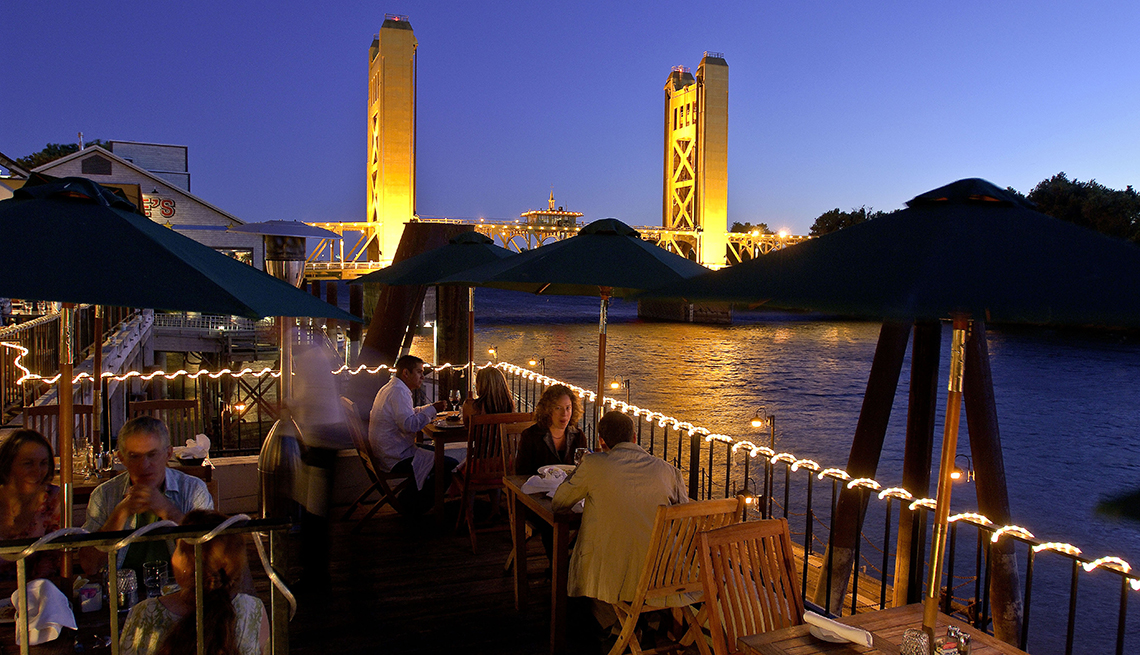 En español | On a Monday morning in a quiet warehouse development, people in their 60s and 70s are molding beads and sculptures in a bustling glass-blowing studio. The place is called Design With Fire, and the artists there — Patrick Mullen, 69, and Linnea Wong, 64 — can tell stories about how this West Sacramento, California, neighborhood has changed. “One time about 15 years ago,” says Mullen, a white-haired Vietnam veteran, “I was blowing glass and this guy came in, holding a penknife. He said, ‘Give me your money, old man.’ I laughed and said, ‘How stupid are you? I have a blowpipe here that's 41/2 feet long and the material on the end is heated to 2,000 degrees. The question you should be asking yourself is, ‘Can I run faster than this old man?’ 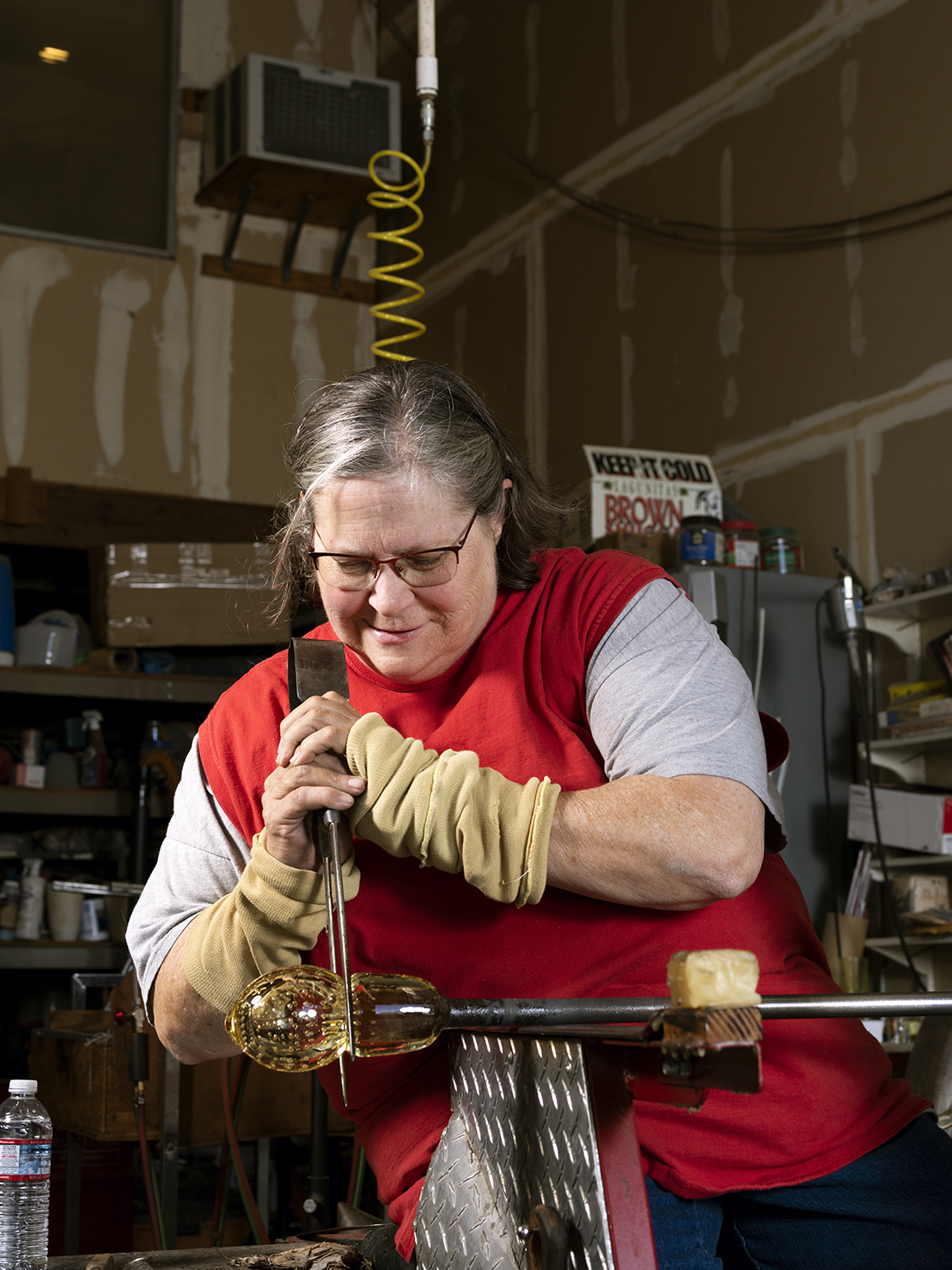 West Sacramento at a Glance

The would-be crook ran off, and Mullen and Wong now point out that those types of incidents don't happen around here anymore. “It has changed a lot,” Wong says. “This city has been very good to us."

West Sacramento is a young city, incorporated in 1987. But affordability has attracted many older people to this suburb of California's capital. One recent study showed that the number of people over age 65 would increase by 153 percent between 2000 and 2030. (The city overall has experienced rapid growth: from roughly 32,000 residents in 2000 to about 54,000 in 2018. With it has come more stability and less crime.) In the past few years, the older population has dominated the agenda for Mayor Christopher Cabaldon, who was only 33 when he took office in 1998.

In 2011, West Sacramento did what many cities do for “senior citizens": open a community center, and in this case one with an Active Aging program, complete with fitness classes, a lending library and a seniors-only lounge.

But Cabaldon realized that wasn't enough. “Eighty-year-olds are out rock climbing,” Cabaldon explains. “Many seniors today don't think of themselves as seniors, and they do not want to go to a senior center or live in seniors-only housing. They want to be part of the whole community."

In 2015, the city joined the AARP Network of Age-Friendly States and Communities — which connects city leaders from across the U.S. and offers resources such as community surveys — to gauge what older residents want and need. And in 2017, West Sacramento created the Age Friendly Action Plan, which sought to launch 20 initiatives. It includes some programs that are common to age-friendly cities, such as bike and pedestrian trails, computer classes for older adults and home improvement grants. “When you make a community more livable for its older residents, it benefits the whole community,” says city council member Beverly Sandeen, a cochair of the task force that developed the plan.

See where West Sacramento ranked on the AARP Livability Index

One key concern emerged. In a survey, West Sacramento residents 45 and over rated transportation as “the most important livable community feature/domain.” But West Sacramento is too small to create a cost-effective bus service, Cabaldon says. “We needed to do something completely different.” In 2017, the city partnered with a company called Via, which the mayor describes as “a blend between a bus service and Uber,” to launch an experimental transportation plan called West Sacramento On-Demand.

Residents call a ride-booking van, which comes to within a block or two of their homes. It drops them off within a block or two of their destination. The van coordinates pickups and drop-offs of multiple passengers to make it affordable: $3.50 one way, and just $1.75 for riders 62 and older and for people with disabilities. The city held workshops to teach people to use the system, and ridership took off. Stats showed that the senior community was on board. West Sacramento On-Demand is now averaging more than 3,000 rides per week; about 14 percent of the rides are taken by residents who are older or who have disabilities.

This has had a ripple effect on the community. Given new freedom, older residents are engaging with the city in ways that had been difficult before — going to city festivals, trying new restaurants. 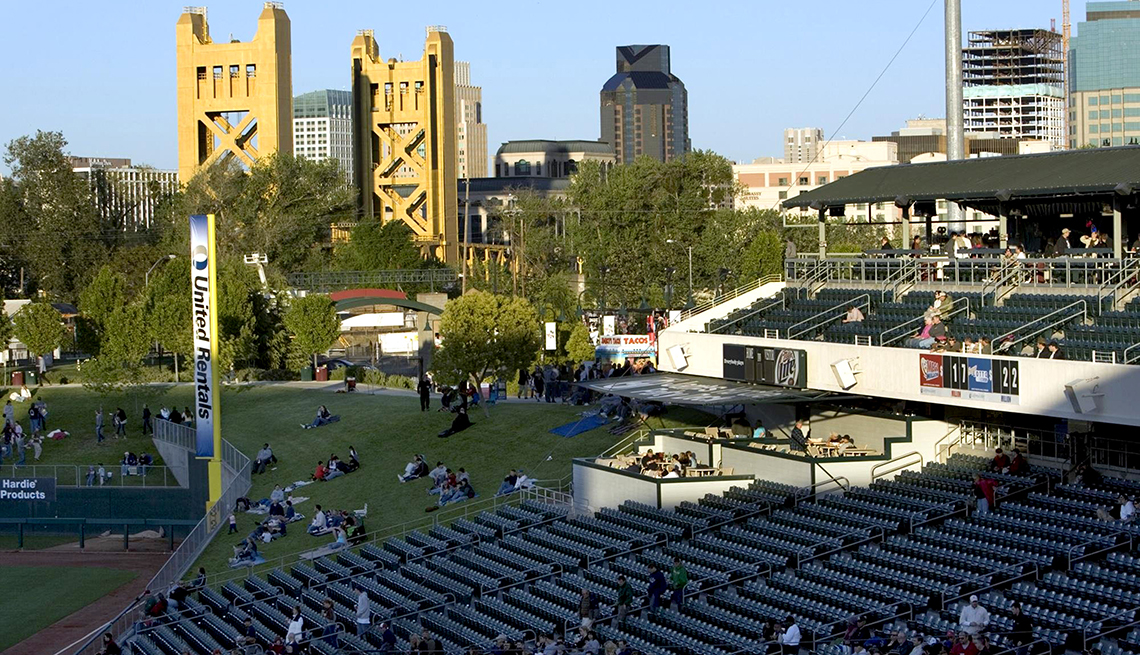 Cabaldon occasionally rode the vans to gauge people's reaction. One older woman told him excitedly that she had just bought ice cream for the first time in years. Without the van, her treat would become a puddle during the long bus ride.

Resident Janet Branaman, 62, a retired state employee who has lived in West Sacramento for 38 years and now teaches gardening classes at the city's community center, says she can remember when West Sacramento was just a sleepy suburb. “There was nothing out here when I moved here,” she says. “Now all the things we need are here. Grocery store, Target, pizza places, a car wash.” Is there a downside to living here? “It gets hot,” she says, “but on hot days you make sure your plants are watered and you go bowling. We have a great bowling alley!"

Not all of West Sacramento's initiatives have succeeded. An attempt to coordinate volunteer opportunities failed, but it revealed an important part of the city planners’ strategy. “We're very open to piloting things,” Sandeen says. “Sometimes municipalities or governments are fearful, but we're just not.” The trick, Cabaldon says, is to try new things in a cost-effective manner.

As for the city's older population, the pace and priorities of modern life will continue to change, and to challenge government to change, too.

"They used to say, ‘Seniors don't like change,’ “ Cabaldon says. “But that's not true. It turns out, seniors are perfectly happy with change that is designed to enliven their days." 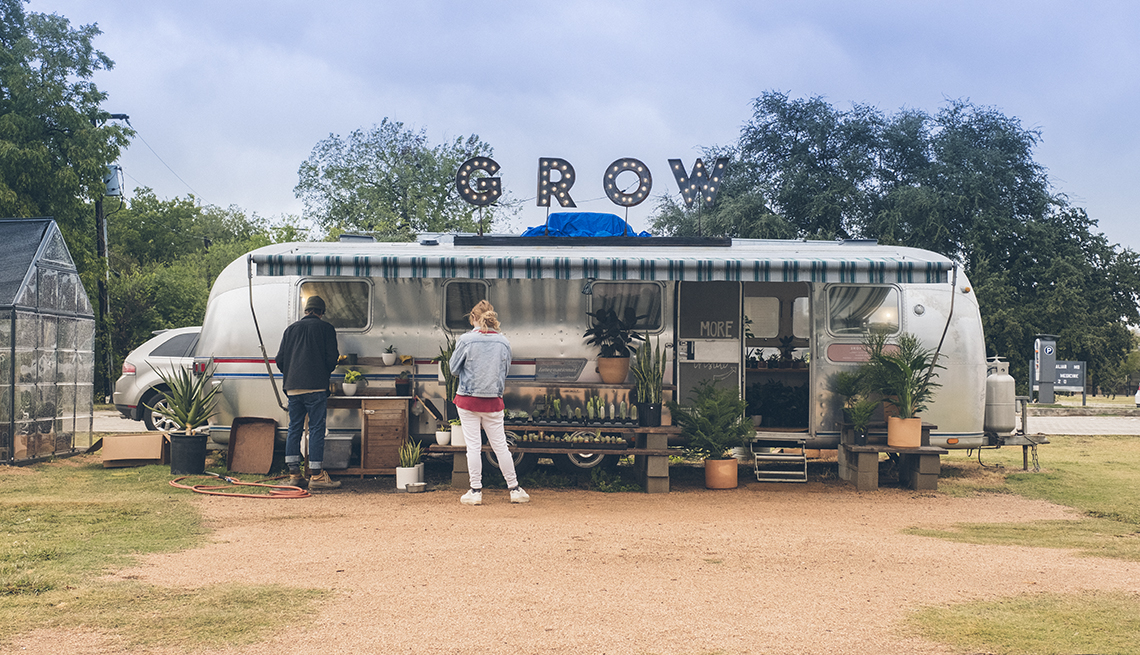 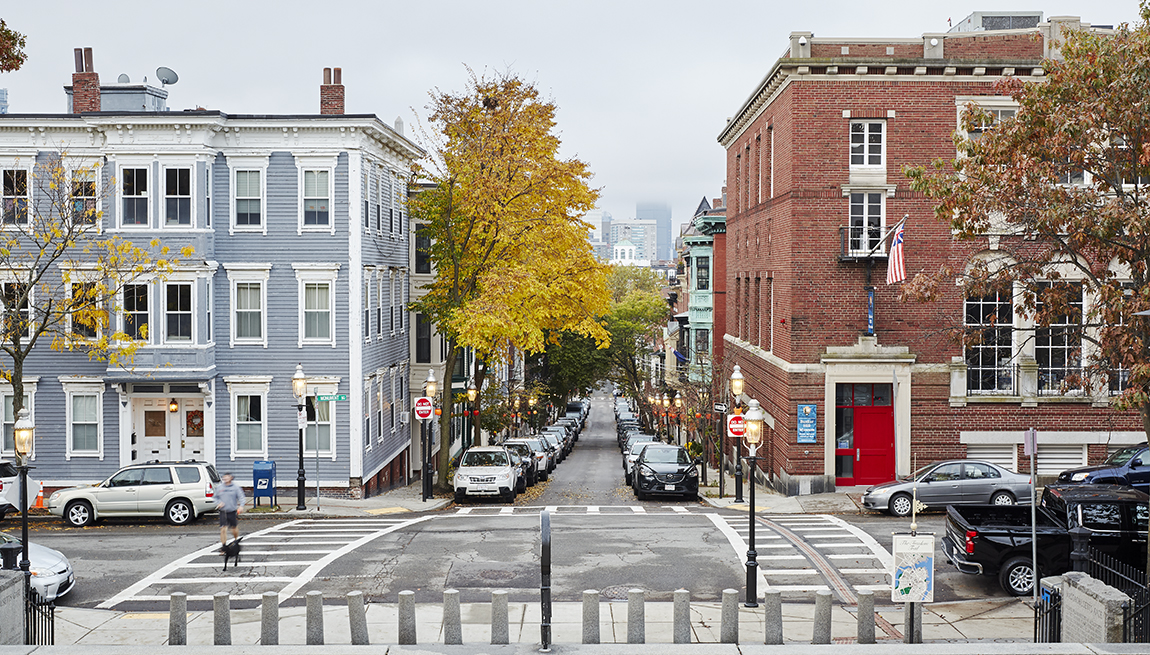 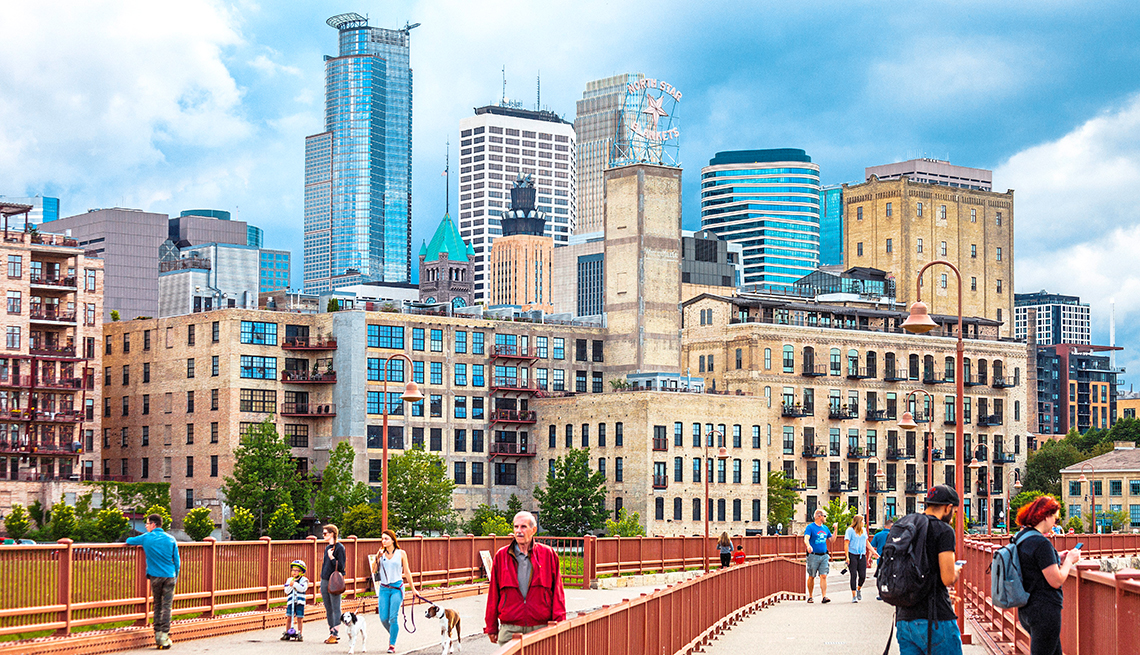 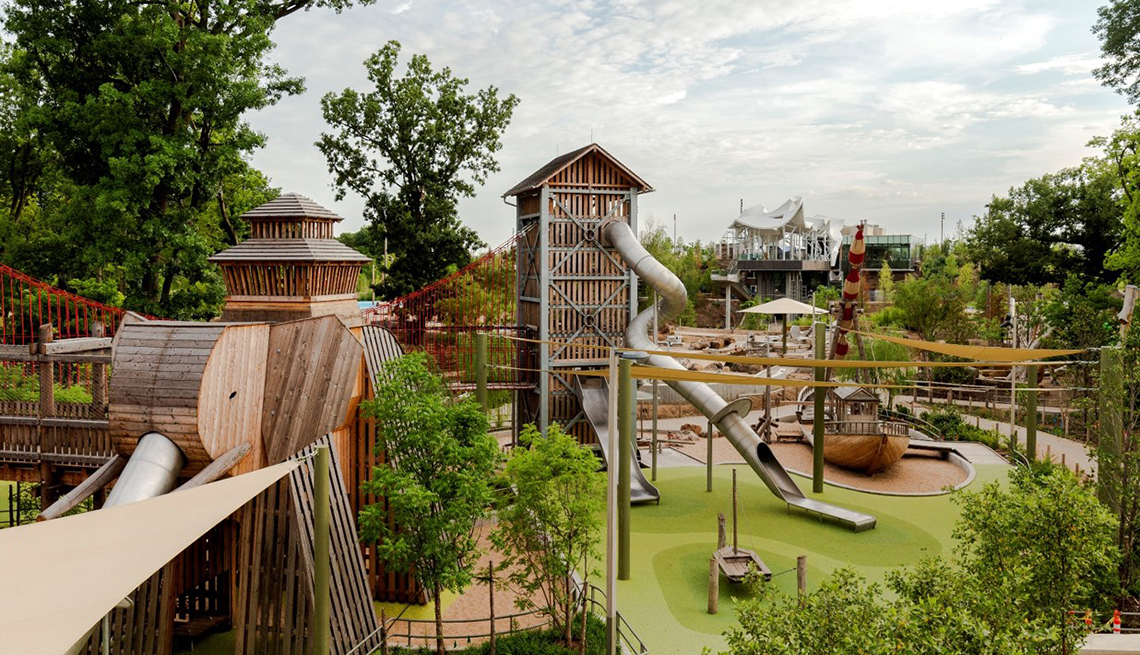