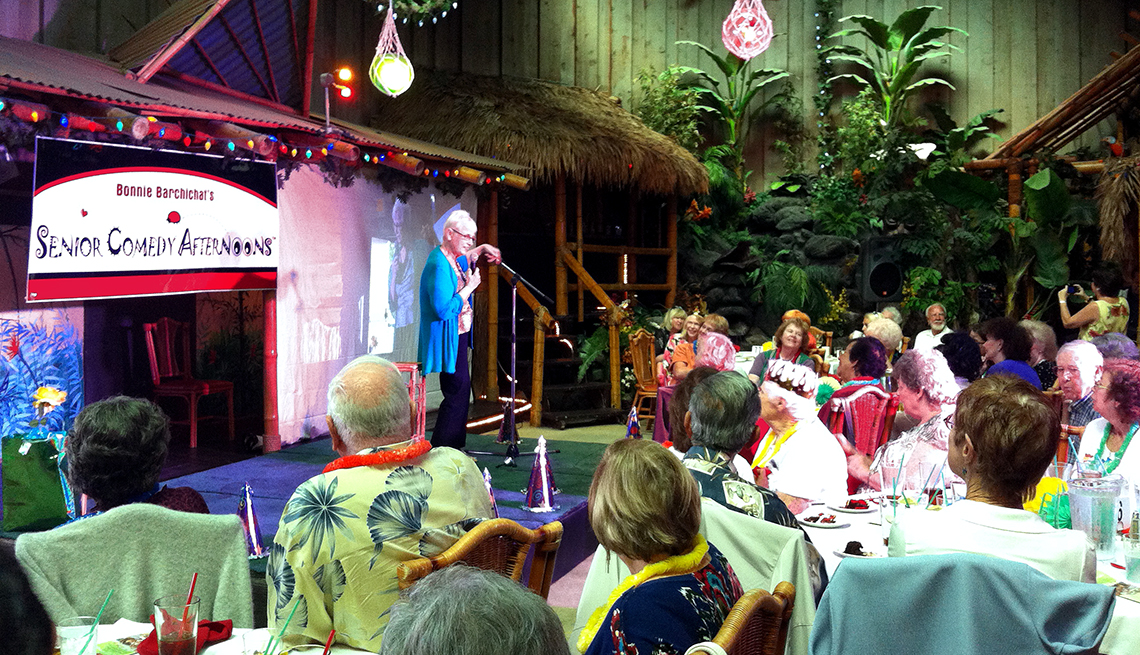 As Cole Porter famously said, “All the world loves a clown.” The same is true of a great comedian. Because who doesn’t feel uplifted after a night at a comedy club where you laugh until it hurts? But for those who chuckled along to the rants of Don Rickles or the goofball routines perfected by Steve Martin, stand-up comedy today may be something of a letdown. Sure, some older folks appreciate edgy humor à la Amy Schumer and Dave Chappelle, but many like a cleaner, more lighthearted approach. The latter is the audience that Bonnie Barchichat and her roster of older comics cater to with the Senior Comedy Afternoons program, which has been bringing laughs throughout Southern California, in cities such as San Juan Capistrano, Hermosa Beach and Long Beach.

Based in Redondo Beach, the program was the comic genius of Barchichat, who took her mother, Yetta Schachter, then 89, to a show at the Improv, thinking she would love it because she had a great sense of humor, was mentally sharp and always appreciated a good joke. The result was the opposite. As Barchichat recalls, “She hated it. She thought the comedian was crude, she couldn’t relate to his humor, and the show was too late at night.”

She realized that her mom and others her age belonged to a niche that was being ignored — those who wanted to see comedy but of the kind they could relate to and with inoffensive language. “I thought about this incident,” she says, “and that was the motivation that got me thinking about how the humor has to be skewed to the audience.” So, using her decades of marketing experience, Barchichat decided to fill this void on the comedy club circuit. She met with an Improv club manager in Brea, Calif., and convinced him that older people make up a large segment of the population who appreciate comedy and that she could bring them in to his club to see talented comics their own age riff on topics they care about. 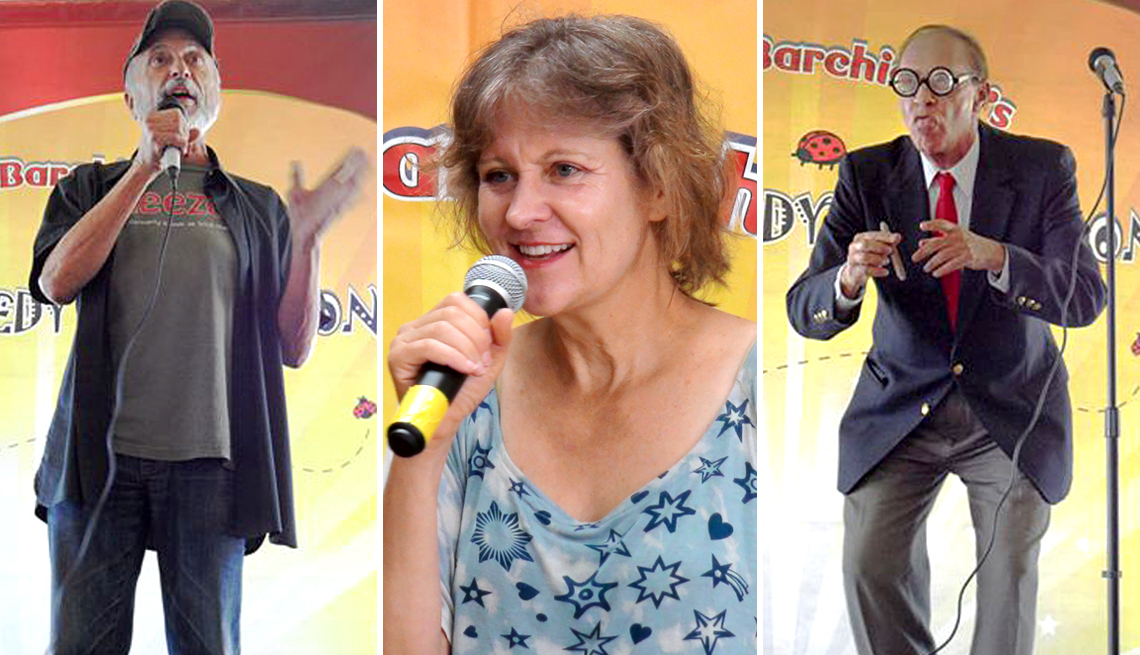 Barchichat held her first Improv show at Christmastime in 2010 and continued with other afternoon shows at different Improv locations. She has long since moved the program to different venues (country clubs, restaurants with ballrooms and community theaters), ones that don’t mind afternoon performances or audiences who are more likely to order soft drinks than hard liquor.

The comics, whom she finds through auditions, YouTube videos of stand-up routines and recommendations from other performers, range in age from their 60s to their 90s and consistently fill the house and bring it down with age- and language-appropriate humor. Among the subjects that make for rich material are medical problems, grandchildren, memory issues, and being single and older.

Some of Barchichat’s comics come with impressive entertainment backgrounds. “I’ve had guys who’ve been on the Johnny Carson show; I’ve had a writer for Conan O’Brien’s show,” she notes. “One woman was on Seinfeld and had a one-woman show. One was on Broadway last year.”

Apart from the advanced age of both audience members and comics, another distinguishing aspect of these performances is their variety-show nature. “I make the show like a party,” Barchichat says. What does that mean? Shows that celebrate audience members’ birthdays with bouquets of roses and other gifts, performances that end with sing-alongs and shows where buttons with silly sayings are distributed. And then there are the shows’ themes, everything from Broadway, involving the performance of well-known musical numbers, to the Olympics (for 2016’s “Hello, Rio” show, an Olympian who competed in tae kwon do in the 1992 games came onstage in full regalia).

Video: Anita Milner, 81, at a Senior Comedy Afternoons performance in 2011

One of the program’s regular performers is Anita Milner, 81, an attorney in Murrieta, Calif. A stand-up comic for several years, Milner particularly enjoys participating in Barchichat’s shows: “You’re thrilled to have a senior audience because they understand our humor.”

“You don’t just gear your comedy toward being old,” Milner notes, explaining that her act incorporates humor about her deceased husband and the days when she had her 17-year-old grandson living with her. That situation has provided fodder for jokes about the huge language differences between generations, with Milner being schooled in what “manscaping” and “Skyping” mean. She told her grandson that he “could Skype with a girl — but not without protection.” Milner compares her comic style to that of her favorite stand-up performer, Bob Newhart. “I love his timing, and that’s how my routine is — very low-key.” 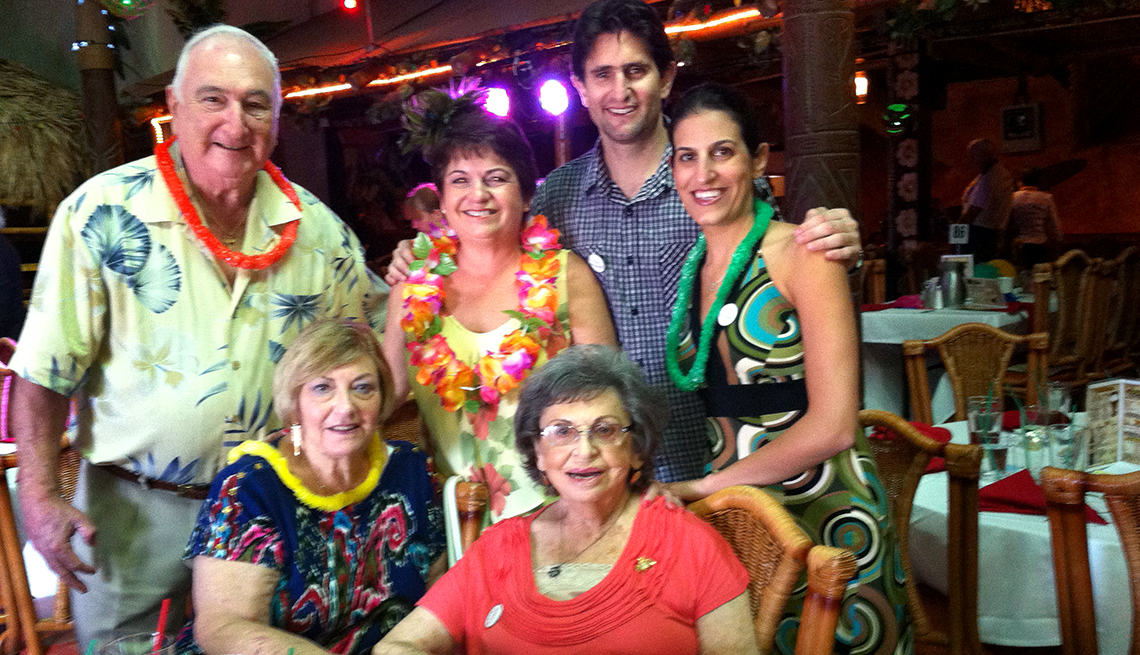 As for Barchichat’s mom, now 98, “she has loved every one of these shows,” Barchichat says. “She never thought she’d be the motivation for me to do this.”

Shows start at $25. For information on upcoming performances, go to seniorcomedyafternoons.com.