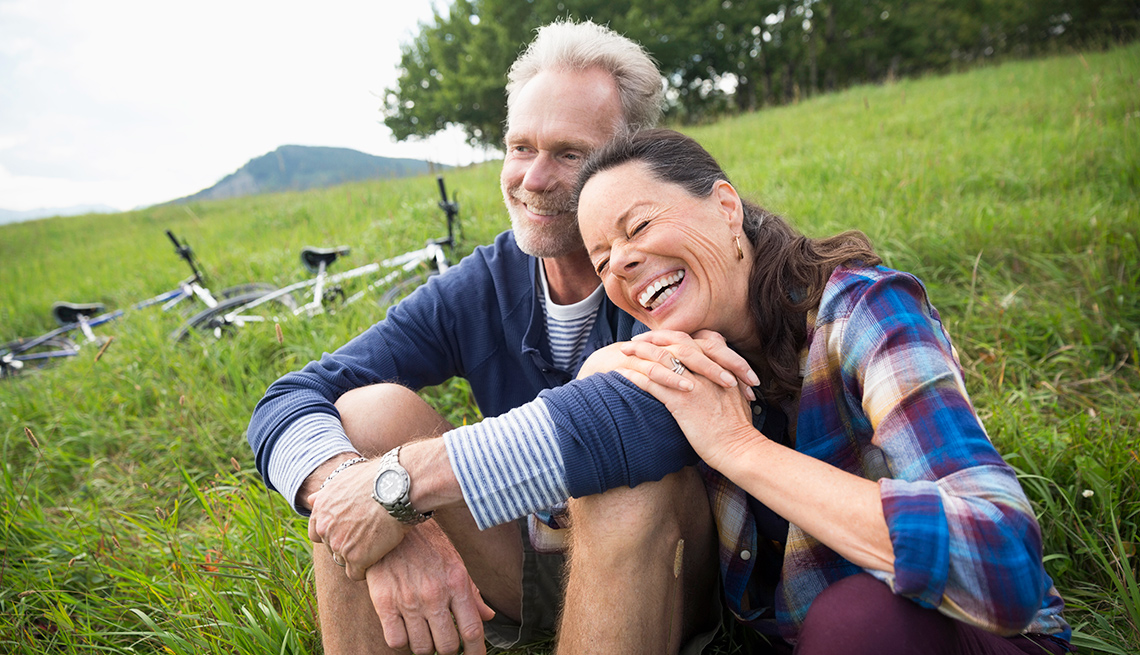 On Valentine’s Day, chances are that a lot of older couples are going to be holding hands and kissing, if a new poll is any indication.

The survey of American adults currently in relationships, conducted by Harris Interactive for online dating service eharmony, found that 78 percent of those 65 and older say that they are happy, very happy or extremely happy being with their spouse or significant other. An additional 6 percent view their relationships as perfect.

The coupled older Americans in the poll have been with their mates on average for 36.1 years. Eighty-nine percent are married, while 6 percent are living with their partners, and 4 percent are in a committed relationship but not under the same roof.

Many are still engaging in romantic rituals. Ninety-one percent of 65-and-older American couples kiss each day, while 60 percent said they still hold hands with their partners, and 54 percent still say “I love you” on a daily basis.

“We see that a lot of people who are 65 and older are still very romantic,” eharmony Chief Executive Officer Grant Langston said in an email. “When you are well matched with someone, romance is always alive. You want to hold hands and touch each other because you are in love.”

One reason so many older couples are happy is that they get along. Only 41 percent of 65-plus couples said they have disagreements once or more a month, 40 percent argue less often, and 18 percent say they never argue.