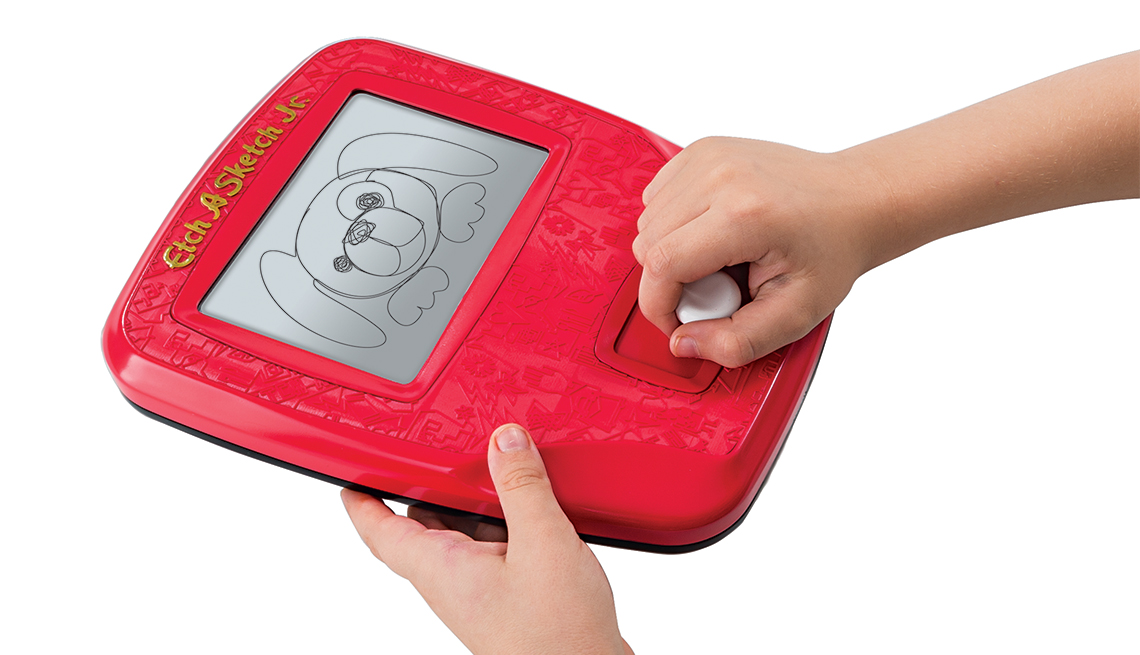 Courtesy of Etch A Sketch/Spin Master

The Etch A Sketch was invented in the late 1950s by electrician André Cassagnes.

Etch A Sketch, which just had its 57th birthday, is one of those toys that have reached iconic status. Generations of children, especially the boomers who grew up with this novelty as it first became popular, have twirled its knobs. And throughout the decades more than 100 million of these quick-art creators have been sold.

The underlying principle seems simple enough: Turn two knobs to draw black lines on a silver surface, then shake the toy to clear the screen. But as anyone who has ever used an Etch A Sketch can tell you, it takes a lot of practice to make something that doesn’t look like a series of squiggly lines. Still, Etch A Sketch masters can create some surprisingly moving art.

For everyone else, though, there might be an occasional desire to clear the screen by, say, throwing the gadget on the ground and stomping on it. And for children of the smartphone generation, the entire activity admittedly may seem as out of date as playing with a stick and hoop. 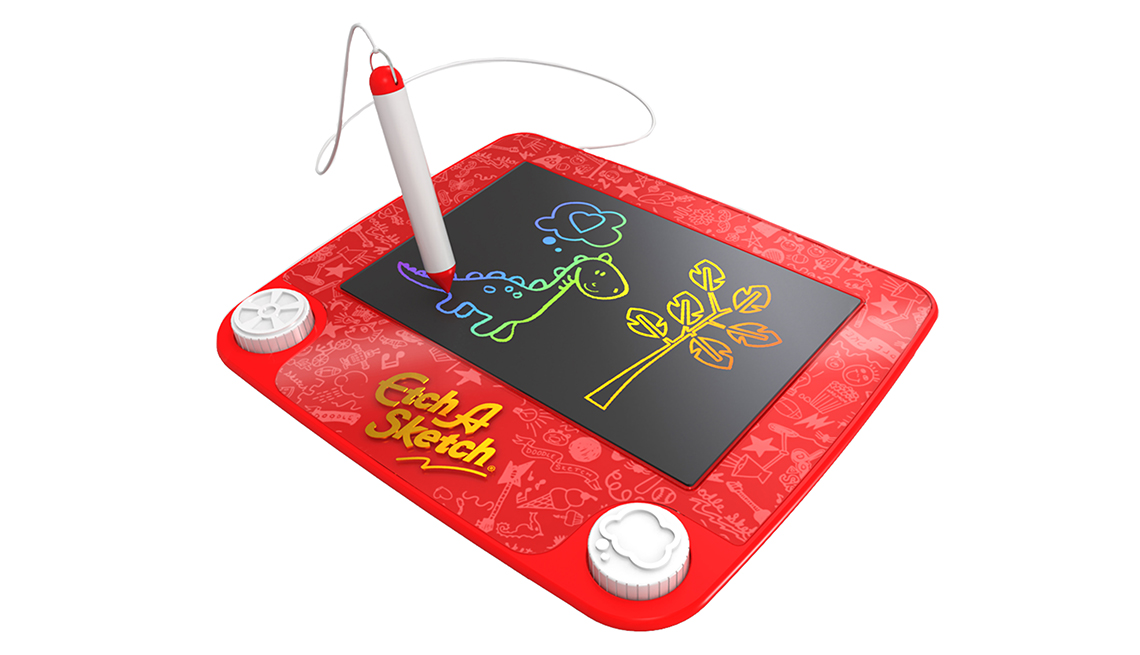 Courtesy of Etch A Sketch/Spin Master

Among other updates, Etch A Sketch’s iconic silver screen has now been replaced with a black LCD screen.

Spin Master, the company that acquired Etch A Sketch in 2016, is aware of these complaints and has responded with two new models that abandon the knobs for other types of inputs.  They are:

“Etch A Sketch is a cross-generational, timeless toy that is very relevant today, even without connectivity,” Ben Gadbois, Spin Master’s president and chief operating officer, said in a news release. “There is a sense of accomplishment that comes with mastering your drawing, and we continue to encourage creativity and artistic expression through our new launches."

And even if you can't pry your grandchildren away from their smartphones long enough to try the toy out, you're still in luck: The company has introduced an iPhone and Android app that will turn photos into Etch A Sketch–like line drawings.