Self: What to Expect in Your 60s

Plus, how to find your passion 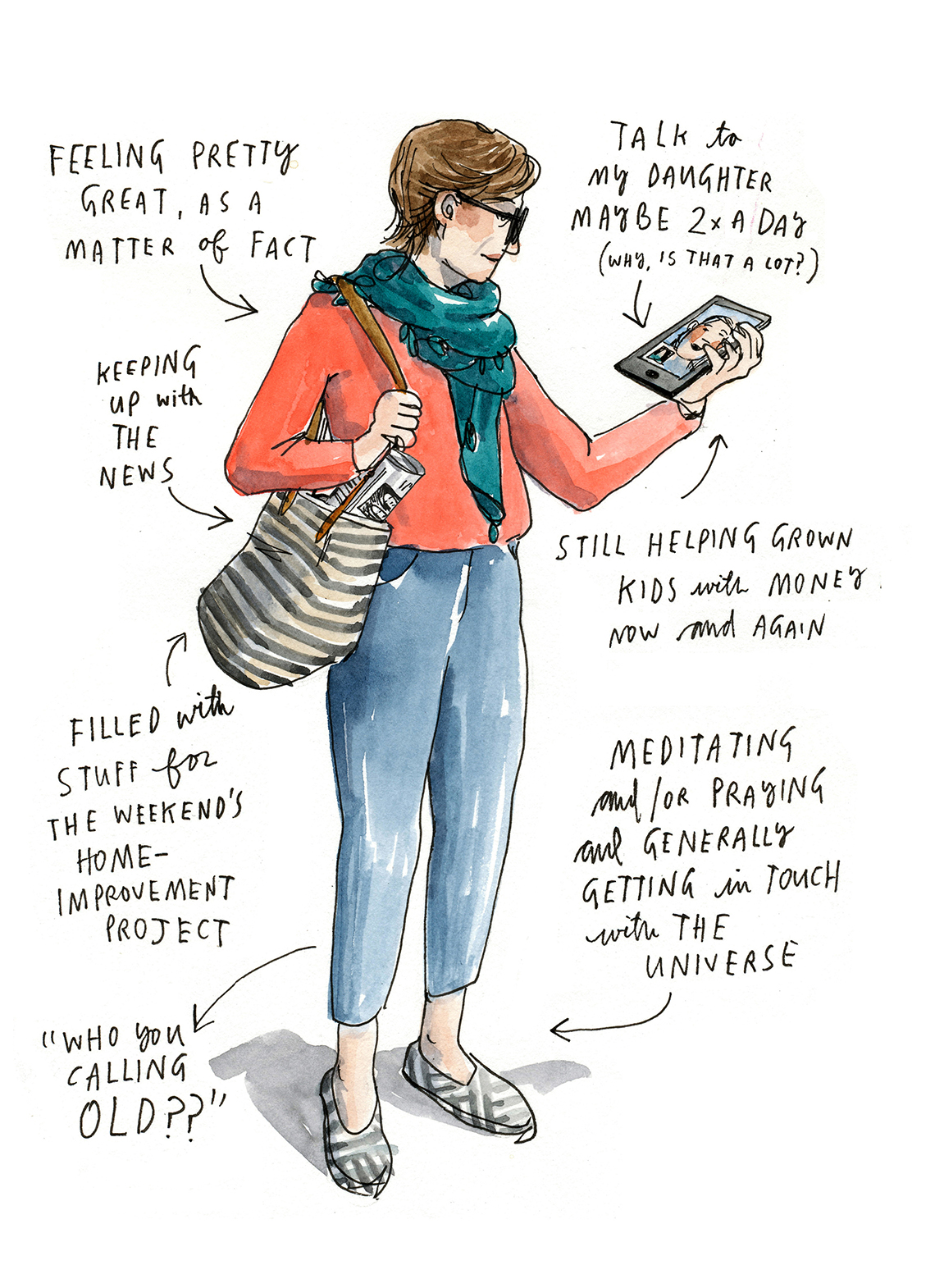 THE LOWDOWN: You are mostly happy, are extremely engaged and prize your family above all. Nonetheless, you miss your work colleagues.

… are doing better, mentally and emotionally, than you expected … Among people younger than 65 surveyed in a Pew Research Center study, more than half (57 percent) expressed fears about memory loss, and about a third (29 percent) worried about being lonely later in life. But among people 65 and older in the same study, just 17 percent and 25 percent, respectively, were experiencing those problems, and 7 of 10 people in their 60s said they were "very happy" or "pretty happy."

You want flexibility, fun and adventure between 9 and 5 … In one survey, 51 percent of retirees who landed new jobs said more flexible schedules drove their employment choices, while 43 percent wanted more fun and less stress, and 39 percent wanted to learn and experience new things.

… and miss your work buddies. After retiring, 42 percent of people in their 60s say they miss the social scene at work more than they miss paychecks, employer health insurance or the mental stimulation of their old jobs.

You watch more TV than ever … Sixty-somethings catch four hours of television a day, an hour more than do those in their 50s, according to a massive BLS study of how Americans use their time.

You are nesting with a vengeance … You spend nearly three hours a day on home maintenance, decor, cleaning and meal prep — more than any other age group.

… but cruises beckon. People in their 60s top the charts for spending on ship fares — that's what an analysis of U.S. Census Bureau data by economic-forecasting firm HS Dent showed.

You turn to your kids for heart-to-heart chats … Two out of 3 moms age 65-plus talk with one of their daughters every day. In addition, half of all dads 65-plus chat with a son daily, notes the Pew Research Center.

Retirement can feel like high school summer vacation — you can sleep late, hang out with friends, and shop or play golf or go to the movies between 9 and 5. But a study of 18,345 retired guys, ages 50 to 70, uncovered a glaring glitch: Retirement glee wears off. Within a few years, their happiness took a nosedive. The happiest (and healthiest) people pursue a purpose or passion that truly matters to them. Here's how to zero in on yours.

Explore your purpose and passion. What do you want to do? Want help? A growing number of workbooks, websites and seminars stand ready to help retirees and preretirees chart a course for their next act.

Do the stuff you've dreamed of. While 87 percent of people in their early 60s expect to dive into their favorite hobbies, just 65 percent in their late 60s actually do so. Go for it.

Try it out. One way to see whether you'll like a new pursuit is by volunteering first. And don't be afraid to switch if you don't like it. One study revealed that people who weren't really excited by their work or volunteering sometimes had worse emotional health than nonvolunteers .

Give back, still get a paycheck. Contributing to the world doesn't have to mean volunteering. Look for internships and part-time work with organizations aligned with your interests.

Take a break if you want. Giving yourself a "sabbatical" between your old life and your next one enables you to have fun, start healthy habits and strengthen your social network. 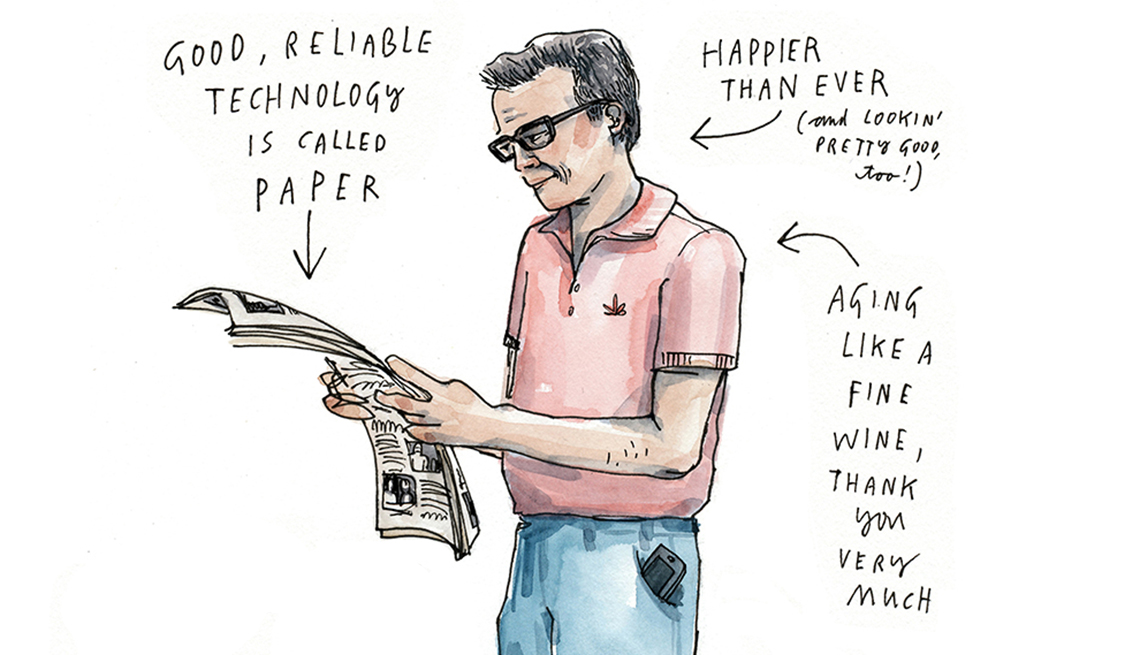 Self: What to Expect in Your 70s and Beyond

Plus, laughter really is the best medicine 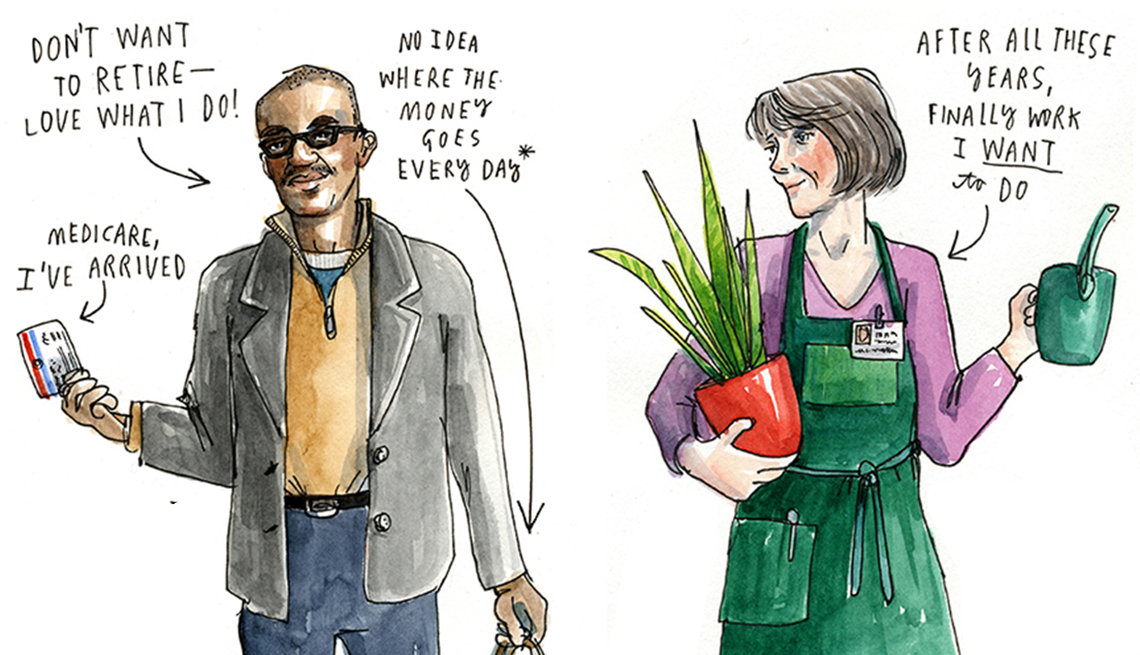 Wealth: What to Expect in Your 60s

Plus, how to maximize your Social Security payouts 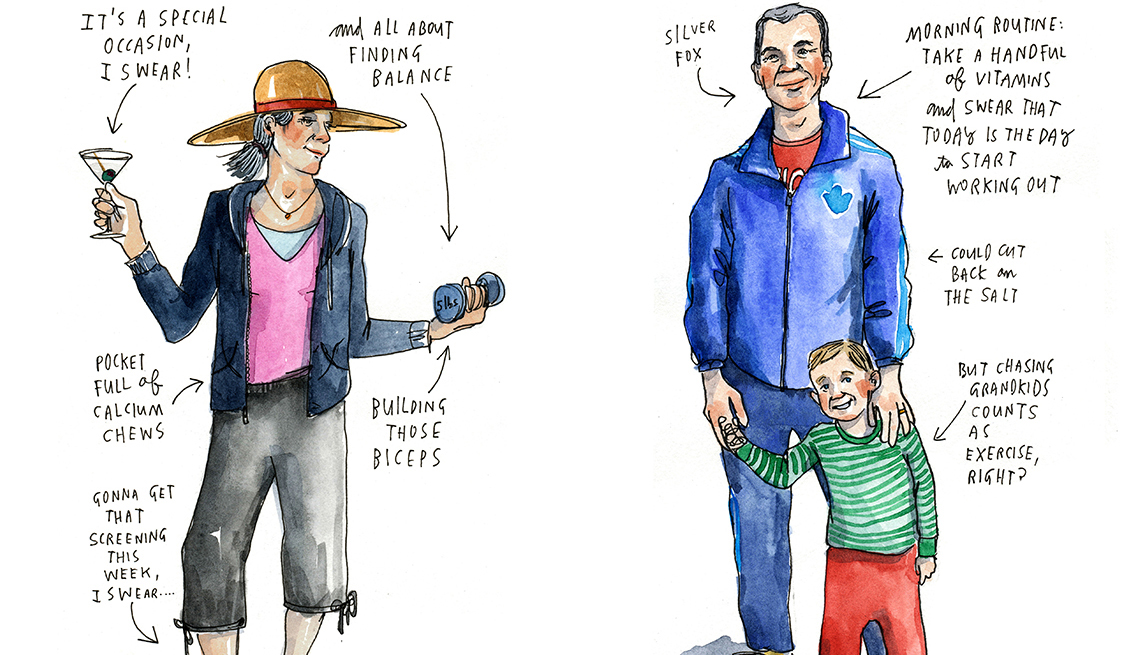 Health: What to Expect in Your 60s

Plus, how to build strong muscles to keep you independent and energetic