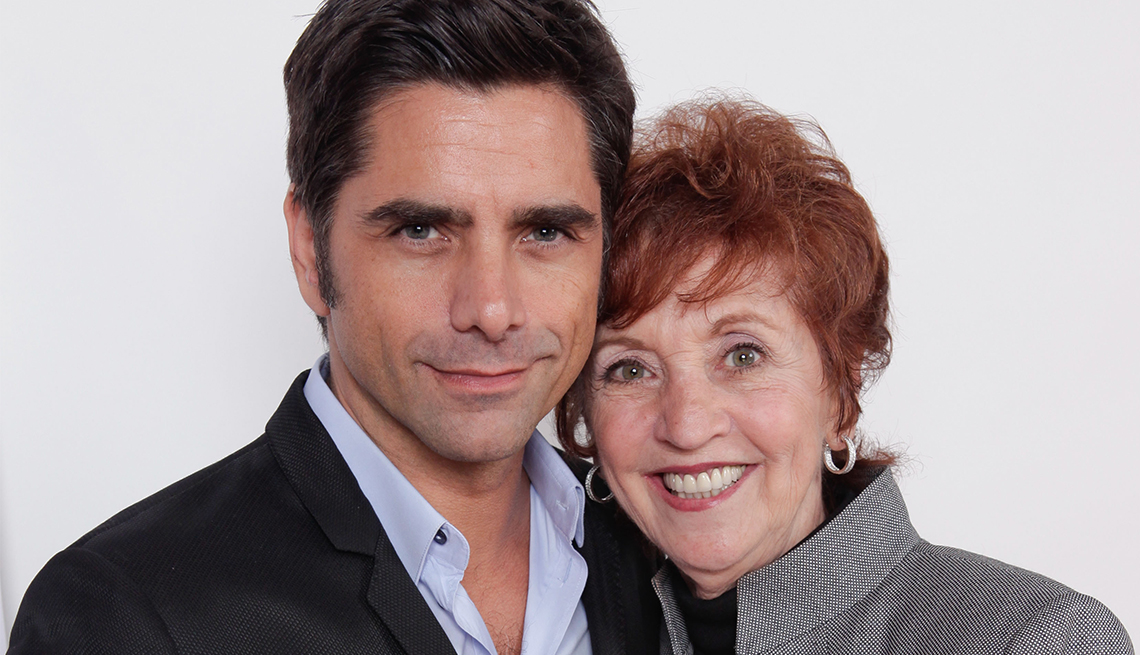 Actor John Stamos has written a poignant letter to his mother, Loretta Phillips Stamos, who passed away in September 2014 at the age of 75.

The letter is part of a special Good Housekeeping series titled “Thank you, Mom” that highlights letters of gratitude from celebrities in the days leading up to Mother’s Day on May 14.

“Shortly after you died, I found something you wrote. I was sitting at your famous kitchen table, the same table where all the family therapy sessions would happen, and I was wondering how I could possibly get through one single day without you. I honestly felt I could not go on.

“That’s when you chose to take this moment to tell me:

“‘Life is an occasion … Rise to it. Don’t be sad because I died … be happy because I lived. I had a Wonderful Life.’”

The Fuller House star goes on to praise his mother for being completely unselfish.

“You poured a lifetime of love into me, and that’s what I’ll remember best too. Two and a half years later, that love still gets me through every single day.

“Maybe someday I’ll have a kid or two, and maybe they’ll have red hair like yours (although like you used to say, yours came from a bottle). Maybe they’ll say, ‘I love you more’ like you always said. But mostly I hope they have your humility and unselfishness and your ability to bring sunshine to anyone who had the pleasure of meeting you.

“I miss you madly, mother – until we meet again. And we will!”

To read the rest of the letter, go here.

If the number of photos posted by Stamos of his mother on social media over the years is any indication, the two were extremely close.

In 2014, for example, the actor announced his mother’s death on Instagram.

“The love of my life passed away yesterday in her home surrounded by her children and grandchildren,” he said. “My mother had enough love to fuel a small country.”

In 2016, the actor who first gained recognition as Blackie Parrish on “General Hospital” grew teary as he paid tribute to his parents at the TV Land Icon Awards. (His father, Bill Stamos, passed away in 1998.) While accepting a Timeless Icon Award, he said “I want to thank my parents. They taught me to be kind and to be generous and to be loving to everyone that you meet on this journey.”

During an interview with radio host Howard Stern in January 2016, Stamos opened up about his 2015 stint in rehab. When asked what might have been behind his troubles, Stamos said he was “hurt from losing my mom.”

“I derailed over the years. I never really got back on track,” he said. “A piece of me just was gone … it was a big part of my purpose for many, many years to be there for her and be a good son.”