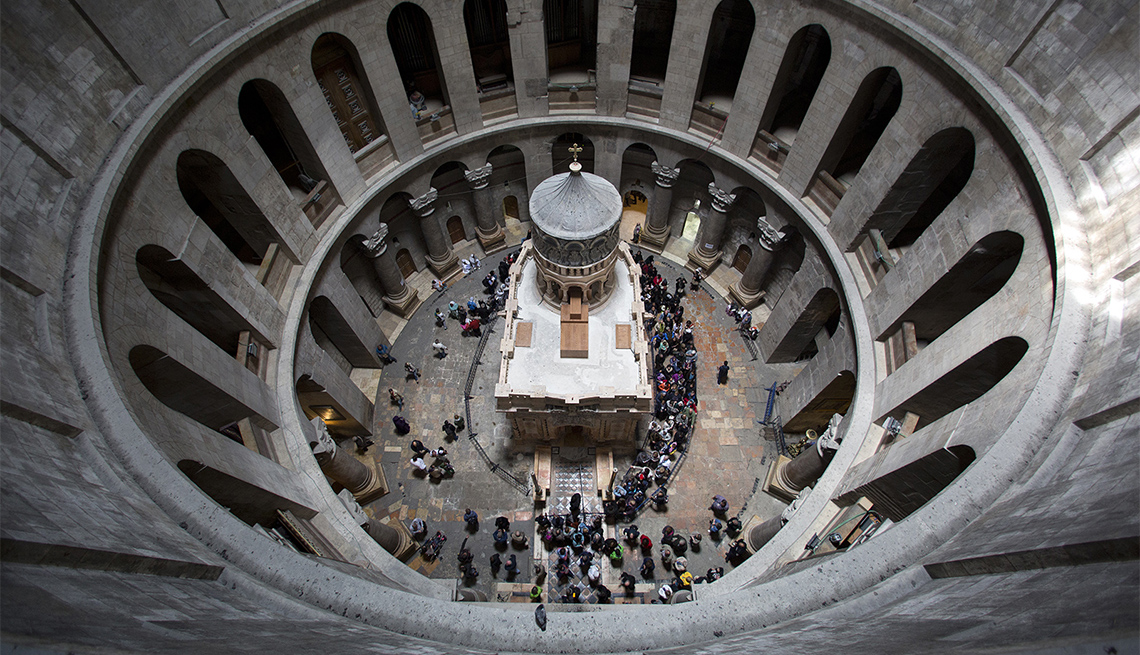 Romans built a monument at the presumed tomb during the Constantine era.

Jesus Christ’s presumed tomb is nearly 1,700 years old, or much older than previously believed, new research has found. In the past, evidence dated the tomb back only 1,000 years, to the Crusader period.

The results of tests provided exclusively to National Geographic are compelling in that they support the traditional belief that the ancient Romans discovered the tomb and enshrined it in A.D. 326. This was the time of Constantine, the first Roman emperor to officially convert to Christianity, who reigned in the fourth century. According to the Bible’s New Testament, Jesus died either in A.D. 30 or 33.

“Obviously that date [A.D. 326] is spot-on for whatever Constantine did,” archeologist Martin Biddle, author of The Church of the Holy Sepulchre, told National Geographic. “That’s very remarkable.”

Although the testing performed by the National Technical University of Athens is consistent with the belief that Romans built a monument at the presumed tomb during Constantine’s era, what it can’t do is offer proof that Jesus was actually laid to rest there.

Even so, many Christians have long believed that the limestone cave enshrined in the Church of the Holy Sepulchre in Jerusalem contains the remains of the tomb where Jesus was crucified and buried. Today, the church — located in the Old City — is a site of pilgrimage for Christians, with thousands flocking there weekly. This part of Jerusalem is split into four quarters: Christian, Jewish, Armenian and Muslim.

The tomb was opened for the first time in centuries in October 2016, when a significant restoration was undertaken by the National Technical University of Athens. During the project, samples of mortar were collected for the purpose of dating them. The results of these tests are what have been provided to National Geographic.