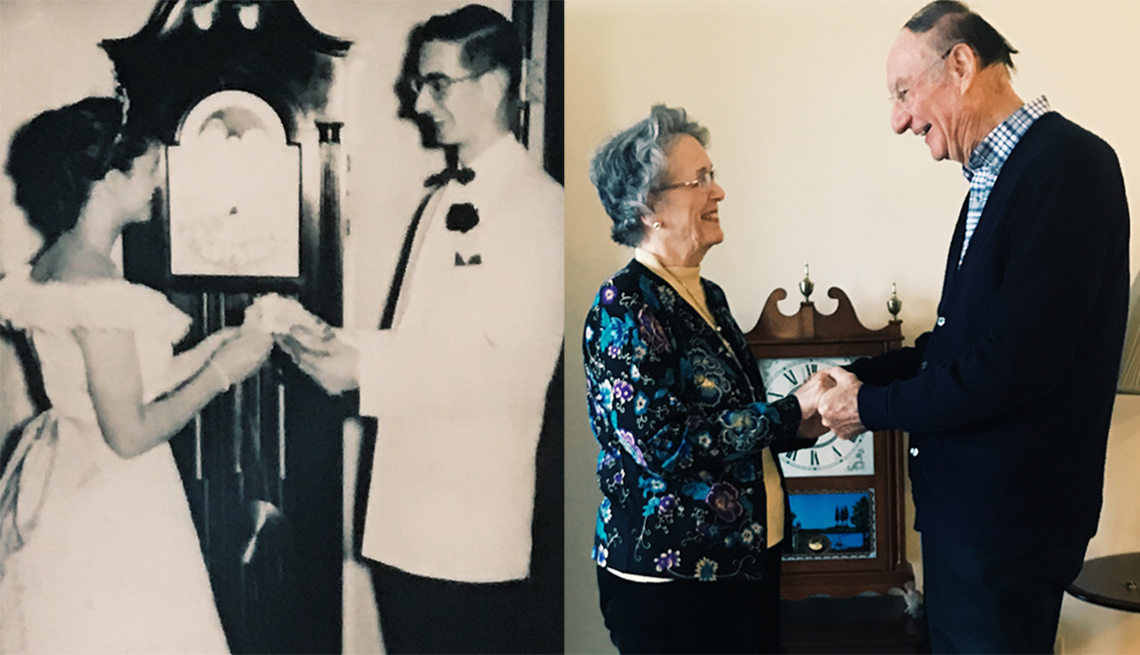 They were high school sweethearts back in the early 1950s who went their separate ways. They attended different colleges, happily married others and raised children. Both were devastated when their spouses died, and neither thought they would ever remarry.

Over six decades, Joyce Kevorkian and James Bowman hardly contacted each other – just the rare phone call or brief encounter at reunions of their Illinois high school class.

"He had his life, and I had my life," Kevorkian told BuzzFeed News. "He probably called me four times over the last 60 years."

But the long separation did not stop the high school sweethearts from renewing their romance. It started with a letter from Bowman last fall, which prompted their first date since 1953, BuzzFeed reported.

The date led to nightly – and giggly – phone calls, according to Kevorkian's granddaughter, Anna Harris, who was with her when Bowman popped the question. “She hung up the phone and said, ‘Well that was a weird phone call. He asked me to marry him!'"

Kevorkian picked out a wedding dress. The couple shopped for rings. And on April 1, BuzzFeed reported, they tied the knot in a small ceremony with family and friends 64 years after their high school prom.

The newlyweds reportedly are living together in South Bend, Ind., feeling refreshed and a little younger. This being the digital age, all this news, complete with photos, has been widely shared on social media, melting hearts with a love story that spanned the decades.