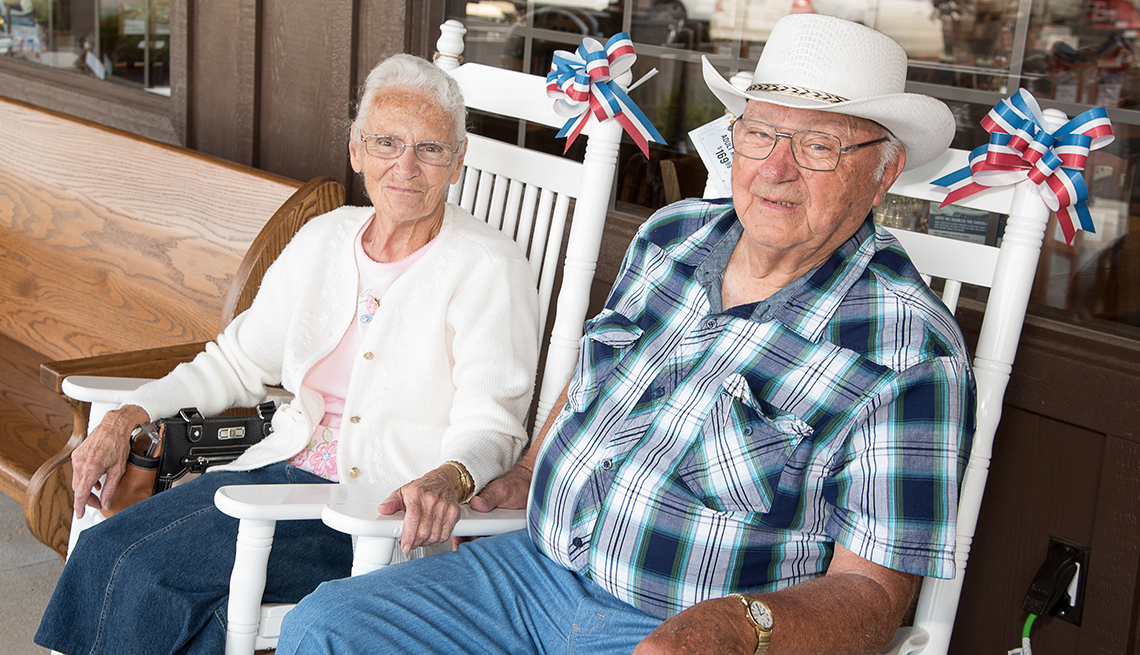 Wilma and Ray Yoder have no plans to stop visiting Cracker Barrel locations across the country.

In a quest that has lasted 40 years and still continues, the Yoders have visited 644 of the 645 Cracker Barrel locations across the country. The only spot they've missed? The Cracker Barrel in Tualatin, Ore.

Yoder, 80, never planned to turn Cracker Barrel visits into his main hobby, he told the restaurant's hometown newspaper the Lebanon Democrat earlier this month. At first, it was just a place to stop for a quick meal as he crisscrossed the country doing his job delivering Coachman recreational vehicles. When his wife, 81, started joining him on the road years ago, he said, they began making Cracker Barrel a habit — to the point that they were recognized by restaurant workers at various locations. Eventually, the company — which opened its first location in Lebanon, Tenn., in 1969 — caught on and turned the Yoders into pitchmen. Today, they are bonafide Cracker Barrel royalty. The company often invites them to appear at restaurant openings, like the one they attended a few weeks ago in Lavonia, Ga., marking No. 644.

The road trip to visit every Cracker Barrel has taken the Yoders, who live in Goshen, Ind., more than 5 million miles. Yoder told ABC News that their personal high is 10 Cracker Barrels in one day, a record achieved during a transcontinental drive from Florida to Toronto. And there are rules of the road: Whenever they visit a Cracker Barrel, they must buy something to eat — it's not enough to just ogle the tchotchkes and Southern fried flair and move on — and they must leave a tip. Now, with their fame growing, folks often stop them at the restaurant and ask to pose for photos with them. Sometimes they're greeted at the restaurant with a gift basket.

They plan to head later this year to Tualatin — a trek that will add 2,231 miles to their odometer if they drive from Goshen — to put the finishing touch on their Cracker Barrel bonanza. Until the next new restaurant location opens, of course. The Yoders don't plan to stop.

“For two old people, we’re pretty fast moving,” Yoder told ABC. “We’re still healthy and we enjoy it, so we keep doing it.”