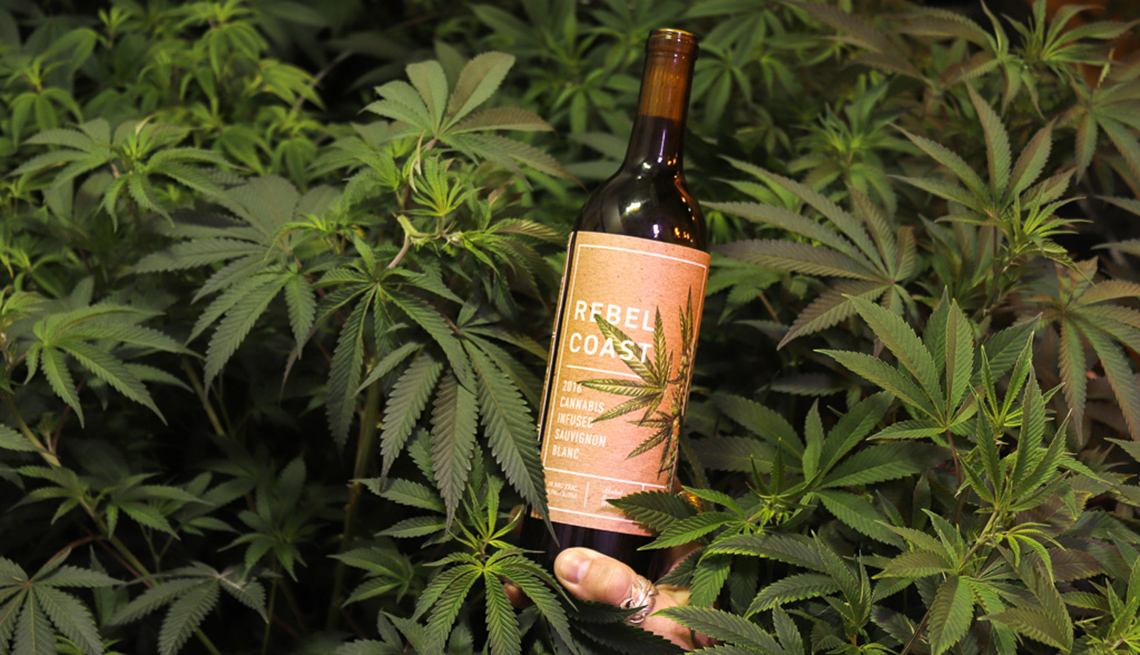 The cannabis-infused wine has a relatively low amount of THC — 16 milligrams per bottle.

With California set to allow recreational marijuana starting in January, some worry that the wine industry’s sales could be hurt, as consumers opt to relax with a legal joint instead of a glass of merlot.

But Sonoma-based Rebel Coast Winery aims to cater to older connoisseurs with what it says is the first-ever sauvignon blanc that relies on THC, the active ingredient in marijuana, rather than alcohol to provide its buzz.

The winery’s president, Alex Howe, said the new wine started out as a 2016 sauvignon blanc that was fermented traditionally. The winemaker then used a proprietary process to remove the alcohol, which state regulations bar from being mixed with cannabis, and infuse the beverage with THC. Terpenes — chemicals that give marijuana its distinctive fragrance — are also added.

“It’s a mild scent, but you know it’s not a traditional wine,” Howe said.

The cannabis-infused wine has a relatively low amount of THC — 16 milligrams per bottle — to provide a mild high, comparable to the intoxication that someone might get from sipping a glass of regular wine, according to Howe. He sees that relative mildness as appealing to boomers who haven’t smoked marijuana in years and are worried that the weed being sold today might be too intense for them.

“Our purpose is to mimic the ritual of drinking a bottle of wine that people are used to, particularly older Americans,” Howe said. He also hopes to appeal to boomers who want to use marijuana without subjecting their lungs to smoke.

The $59 wine will be available only in California dispensaries or for delivery in the state. But Howe said the company hopes eventually to sell it elsewhere, as more states legalize recreational marijuana.