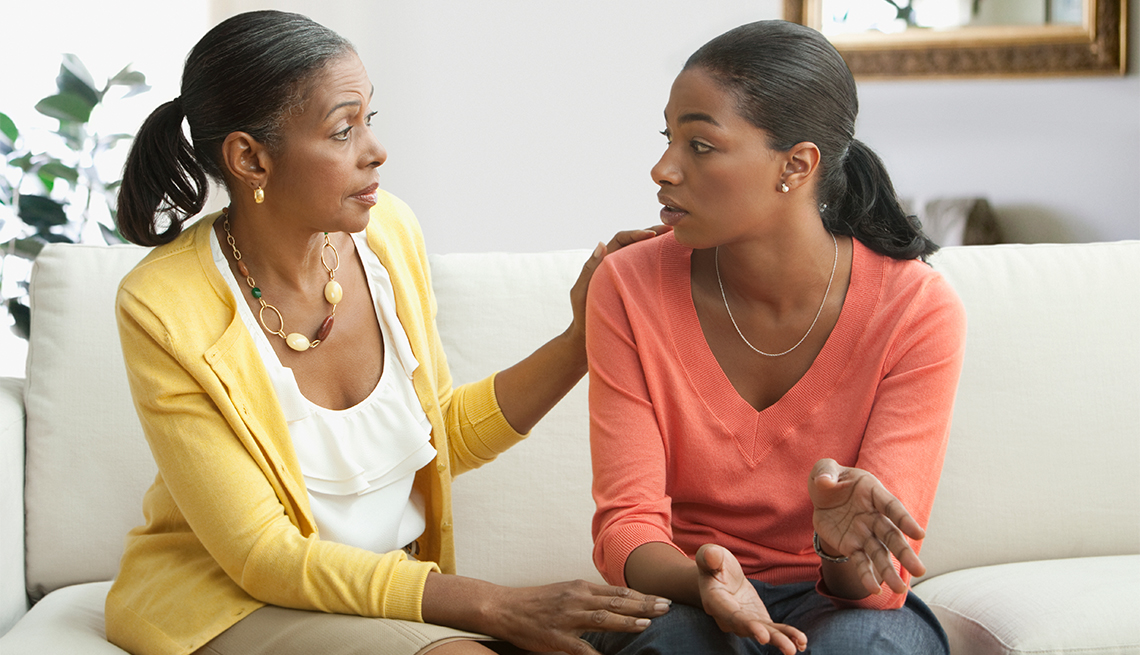 Chatting with friends and gym buddies, Cathy Sikorski, the mother of two 20-something daughters, began hearing a common confession: The moms were afraid to say anything critical to their adult children because it might anger them.

One woman didn't want to suggest to her daughter that the deck of her new home needed to be power-washed. Another hesitated to discuss a game plan with her boomerang daughter who was at loose ends. Sikorski had angered her bride-to-be daughter when she shared some wedding gown photos without getting permission first.

We checked in with friends who agreed that they, too, hesitate to mention issues from the mundane (grandkids running wild in a restaurant) to the serious (finances) because their comments could drive a wedge into the relationship with their children. And these are parents with good, not toxic, relationships.

What are parents so afraid of? That their children "are going to literally punish us by not talking to us or being on the outs with them," says Sikorski, 59, an author and lawyer from Pottstown, Pa. "Ultimately, what we fear the most is that they won't confide and trust in us. Losing that as a parent would be so utterly painful that we are willing to put up with abuse."

So what's a parent to do? Adhere to the adage, "If you can't say anything nice, don't say anything at all"? Actually, no, according to an academic study, which found that dealing with the tension is better than ignoring it. "Avoidance doesn't work as a strategy for dealing with conflicts. It appears to make things worse," notes Kira Birditt, a research professor at the University of Michigan.

Feelings of "irritation, tension and ambivalence" are normal between parents and adult children, and can be set off by "stressors," including personality differences, past problems, children's finances, housekeeping habits and lifestyles, according to the study. Stress often increases when adult children get married, start families and work long hours. Parents are no longer the center of their universe.

Ruth Nemzoff, author of Don't Bite Your Tongue, agrees that parents shouldn't shy away from arguments. "After all, we've been arguing with them since they were 2, and we survived it." Her tips for offering advice:

Sikorski has devised her own strategy for handling potential conflicts. If she wants to discuss an issue with her daughters, she deals with it head on. "Honesty is the best policy," she says. If they come to her with a problem, she asks, "Do you want me to help you, or want me to listen?" The answer steers the conversation. If afterward she realizes that she was wrong, she apologizes.

The most important part of the conversation, she believes, is taking a stand for her right as a mother to continue to give advice and guidance. She tells them, "You can be angry with me or we can have this fight, but in the end I am your mom, and you have to respect that."