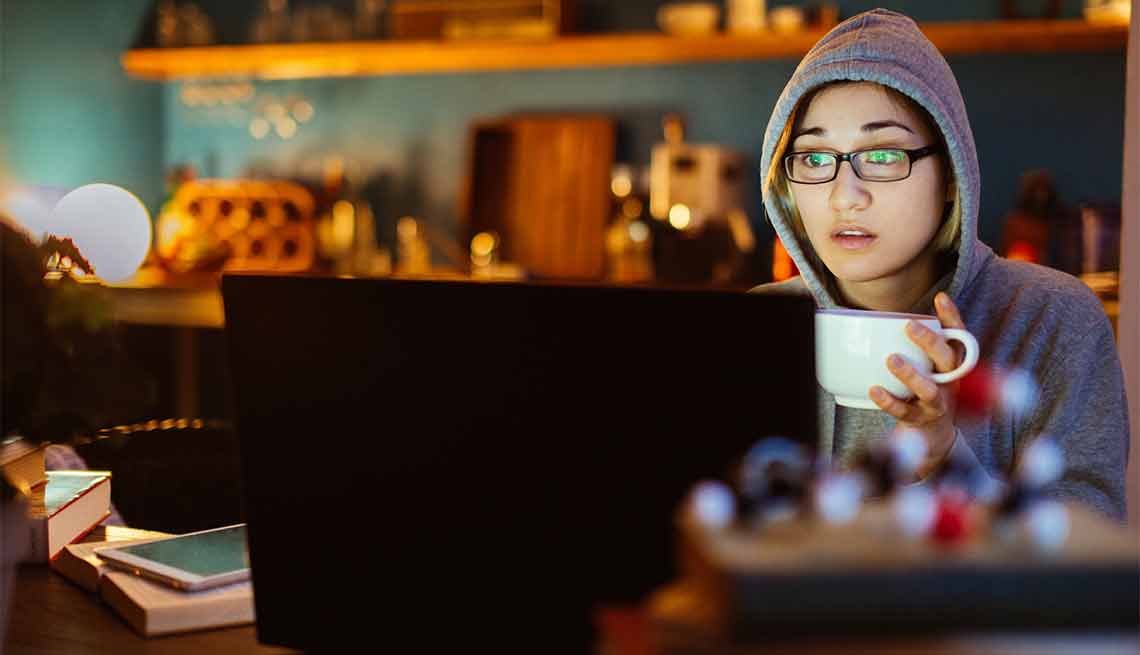 Unlike boomers, most milllennials watch TV on their computers.

Millennials have helped change the way we do some things, including how we watch TV. Their habits like binge watching and viewing on demand have rubbed off on us, although most boomers still sit in front a TV set, not a laptop like their kids.

While millennials are the most frequent bingers, boomers are not too far behind, according to the 10th annual Digital Democracy Survey. The younger crowd plops down to watch six episodes at a clip; their parents and grandparents average four episodes. Multitasking occupies most viewers but, again, millennials top out with an average of four activities: texting, surfing the web, checking email and using social media.

Every generation has fans of dramas such as House of Cards, Breaking Bad and Walking Dead. But while Walking Dead tops the charts for millennials and Gen Xers, it doesn't rank that high with boomers. Our number one show is NCIS, followed by The Big Bang Theory and The Blacklist.

Broad City, Friends (yes, the 1990s sitcom) and Gilmore Girls are millennial favorites, perhaps not surprising since all three focus on the trials and tribulations of 20-somethings. Broad City, which started as a scripted, original web series in 2009, now airs on Comedy Central. The Amy Poehler–produced show follows the misadventures of two young New Yorkers and tackles topics ranging from street harassment to work ethic (or lack thereof).

While Broad City strives for comic realism, Friends lives in a world that no longer exists. Six buddies hang out in a coffee shop, pre-cellphone era, so there's no texting or swiping right on Tinder or posting a latte on Instagram. Even though the show went off the air in 2004 after 10 seasons, millennials found it first in syndication and now on Netflix.

What's the attraction? "Even though there are unrealistic aspects to the show," says one 20-something, "the themes are completely relatable, like just trying to figure out what you're doing with your life, and needing that solid group of friends around you to help you through it all." Boomers might not have been Friends' prime audience back in the day, but many watched with their kids.

Another "everything old is new again" favorite is Gilmore Girls, canceled in 2007 after seven seasons. The show developed a passionate fan following for its snappy dialogue laced with pop culture references and the three-generation, heartwarming plot lines. Netflix started streaming it in October 2014, and that proved so popular that they will produce a sequel series next fall.

These millennial shows might not generally appeal to boomers but lessons can be learned from them. Inc. magazine suggests three shows to gain insight into the mindset of millennial co-workers and customers, starting with Broad City, where the two slacker girls devise big schemes that fail because of poor planning. Also on the list: Startup U, a reality program showcasing the enthusiasm of young entrepreneurs, and Workaholics about three college dropouts.

Some boomers have discovered TV as a way to bond with adult children, from watching Scandal together (in separate locations) and sharing tweets, to binge-watching shows such as House of Cards or Homeland during visits and vacations. One mom watches the Oscars and other awards shows with her faraway daughter, enjoying a running commentary with her through texts.

And here's a tip if you're sharing shows with your children: Be careful of sending spoiler texts. Allow them time to binge watch and catch up!

Mary W. Quigley, a journalist and author, has written two books about motherhood and work. An NYU journalism professor, she is the mother of three adult children and blogs at Mothering21.com.