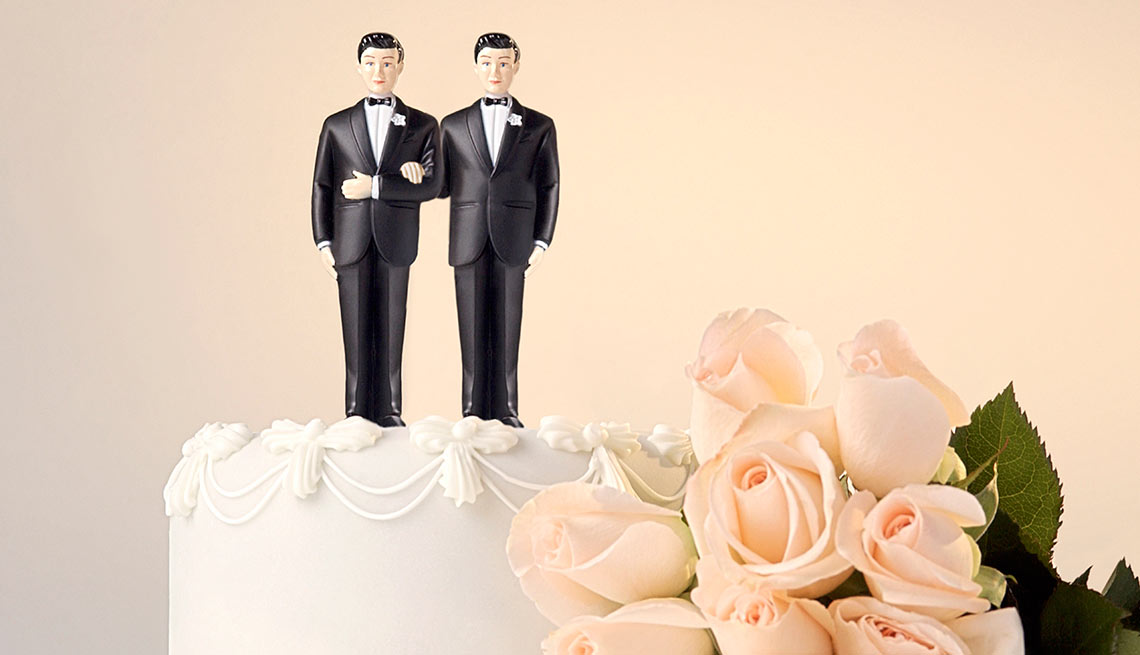 Are you ready to attend your child's same-sex wedding?

The wedding season peaks in June, and chances are the legalization of same-sex marriage will bring more invitations to those ceremonies. While the majority of Americans support same-sex marriage, more than a third oppose it, which presents challenges for parents and guests as well as the happy couple.

How does that affect the parent-child relationship? A new book, When Your Gay Or Lesbian Child Marries: A Guide for Parents, considers that question. Deborah M. Merrill, a sociology professor at Clark University, interviewed parents ages 50 to 80 who had both homosexual and heterosexual married adult children.

Information and resources for gay, lesbian, bisexual and transgenders members

One big surprise from her research: Parents often have better continuing relationships with gay couples. In same-sex marriages, sons tend to spend as much time as they used to with parents both as a couple and one-on-one, Merrill says. Mothers visited their son's home more often because they didn't feel like they were invading a wife's turf. Also, "lesbian daughters-in-law tried harder than traditional wives to maintain a strong relationship."

Gay weddings are not without their difficulties, particularly for parents with mixed feelings about their child's nuptials. A child getting married is a much more public event than coming out of the closet. "Some parents were embarrassed because they had not previously let the extended family know their child was gay," Merrill says. "There were also worries over whom to invite, from colleagues to grandparents who might not approve of the marriage." However, Merrill found, often those fears were not realized, and the extended family turned out to be accepting.

Emotional fallout occurred when parents did not accept the marriage and made negative comments. Some young adults perceived that their parents were not as joyful about their wedding as those of their heterosexual siblings. Merrill urges parents to be accepting, or as one of the moms she interviewed said, "You have set aside your own feelings about homosexuality from your love for your child."

Many friends and family members might be attending their first same-sex wedding. And some will be uncomfortable. What's a guest to do? Steven Petrow, a Washington Post columnist on LBGT issues, offers some advice:

Keep your feelings to yourself. "I certainly wouldn't have wanted anyone at my wedding who did not love and support us as a couple. Frankly, my advice to everyone who has a problem with two people getting married, whether it's because they're gay or any other reason, is to mind your own business. But if you can't do that, then politely decline, and by that I mean you are not allowed to explain why you are choosing not to attend."

Don't ask who is the bride and who is the groom. "It's a rude question because it's based on outdated stereotypes," Petrow says. "When two men are married, they are both legally and rightfully called 'husbands.' When it's two women, they are considered 'wives.' "

Show support for the couple. Find a card that reflects the couple's genders and gender expressions. In addition to a gift, take the time to pen a personal note to congratulate the couple. "Realize how momentous and historic this union is — and let them know that," Petrow says. "Being a guest at a same-sex wedding isn't a political statement; it's about love, family, and community."

Petrow also adds that it's time to stop referring to weddings between two men or two women as same-sex weddings: "These are 'weddings' pure and simple — no qualifier needed, please."