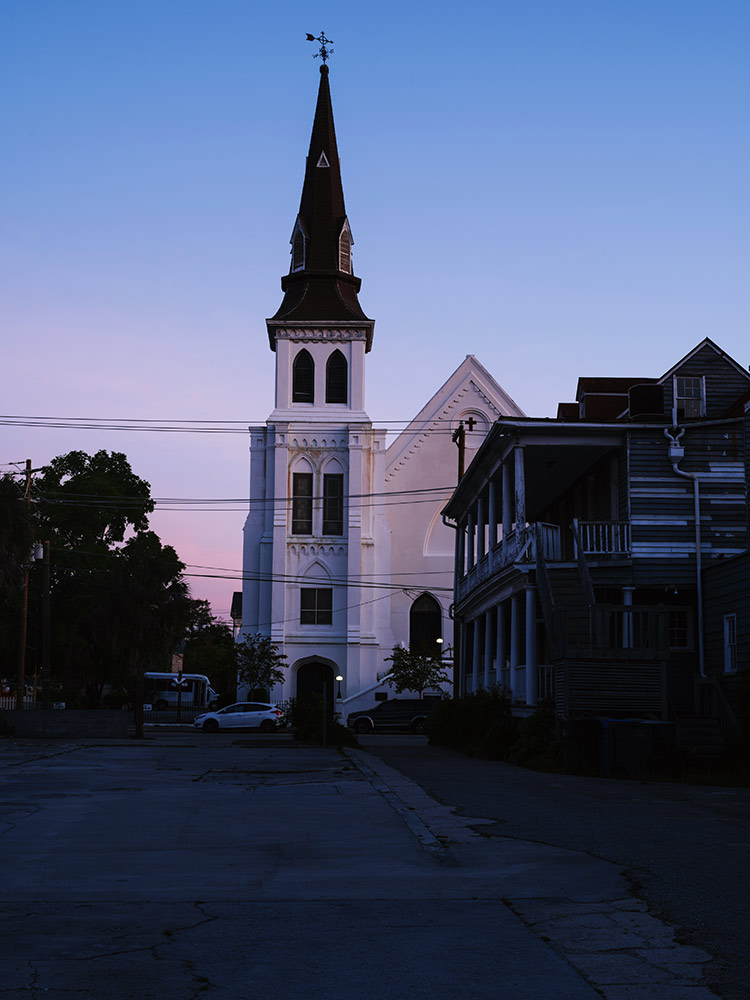 WHAT DOES FORGIVENESS LOOK LIKE? It's in the eyes of some of those who lost loved ones a year ago at Emanuel African Methodist Episcopal Church in Charleston, S.C.

Dylann Roof, 22, a self-proclaimed white supremacist, is accused of turning a .45-caliber handgun on a Bible study gathering. On that awful day — June 17, 2015 — the killer not only took nine lives; he silenced a poet, stole two great-grandmothers and destroyed a couple's future.

An outpouring of bitterness and hatred might have been expected from those left behind. Instead, at Roof's first court hearing, many said they'd forgiven him. A year later, Emanuel has been nominated for the 2016 Nobel Peace Prize.

Yes, the place still echoes with sadness — but listen to those voices, and look into those eyes. 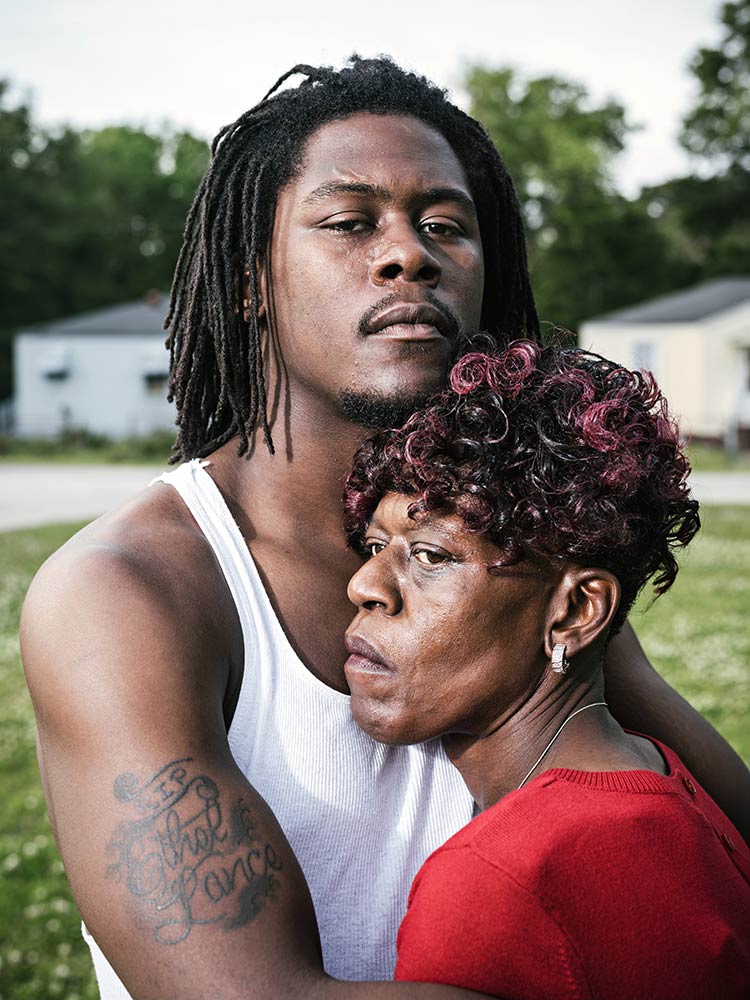 Esther Lance would often find her mother on Emanuel's first floor, lovingly tidying up the church. Now every Sunday, Lance, 52, enters the lower-level door and walks through the space in which her mother was killed. "I go through that room and say, 'Hey, Mama, I made it to church,'" she says.

The night of the shooting, Esther had called her mother to tell her she was sick and wouldn't attend the Bible study. Her mother said she would stop by Esther's house later. She never made it.

Lance, who also lost her cousins Tywanza Sanders and Susie Jackson in the shootings, misses going to Sunday dinners at her mother's home with her son, Jonquil. Okra with red rice and corn was his favorite.

Although her sister, Nadine Collier, was among the first of the victims' kin to offer forgiveness, Lance feels differently. "I'm still grieving too much to forgive." 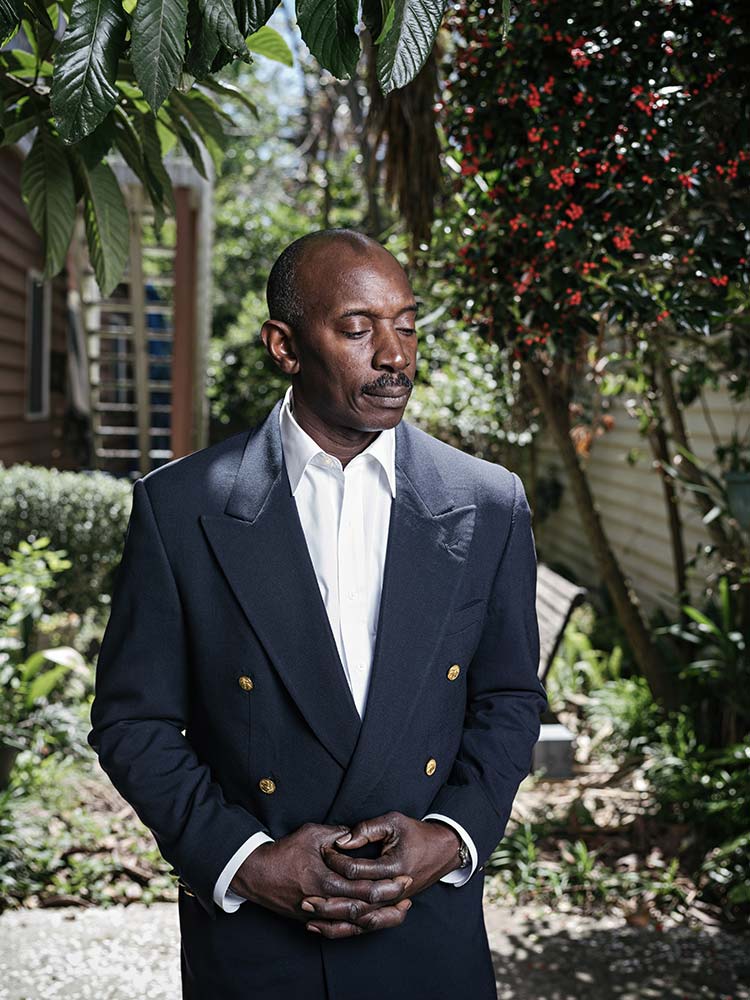 Lost his nephew, Tywanza Sanders, 26, and his aunt, Susie Jackson, 87

When Tywanza's parents feel emotionally overwhelmed, Robert Sanders, 56, says he serves as the family representative. Tywanza's mother, Felicia, was at the Bible study that night — and survived. Lying motionless under a table, her young granddaughter pressed to her chest, she watched her beloved son, bloodied, crawl to his great-aunt, Susie Jackson, reaching out to touch her hair.

Robert remembers his nephew as a gifted young man who wrote poetry, cut hair, and played the guitar and piano. "He was becoming a Sanders man — a real man who does a lot of work in his community," he says.

Forgiving the shooter eludes him right now. "As a Christian, you hope to [forgive], but it's hard when it's someone you love so much," he says. 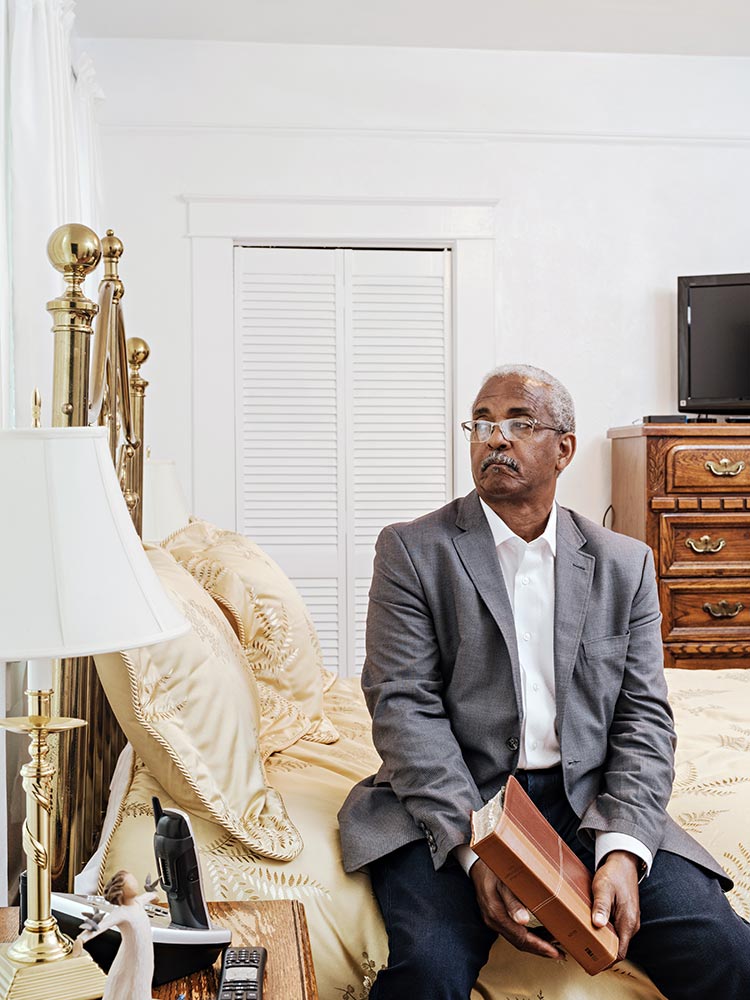 The Thompsons had big plans. They wanted to travel, make time for both of them to write and, perhaps, move to Charlotte, N.C., near their grandchildren.

Thompson, 64, was vicar at nearby Holy Trinity Reformed Episcopal Church, and, he says, Myra "helped me, not knowing God was preparing her for her call" to ministry. She became licensed to preach in 2014, was appointed a minister at Emanuel and was teaching Bible study the night of the shootings. "It was like she was rushing to get these things done," he says. "Now I understand why."

It was their children — his son and her daughter and son — who insisted the family attend Roof's court hearing. Thompson hadn't planned to say anything that day, but when the time came, he heard God telling him to speak.

He recalls looking at Roof. "I said, 'I forgive you, and my family forgives you, but you need to repent.'" When Thompson sat down, a peace came over him.

Thompson tries to focus on his belief that Myra is fine. "I wanted her to have the best. God is giving her that now." 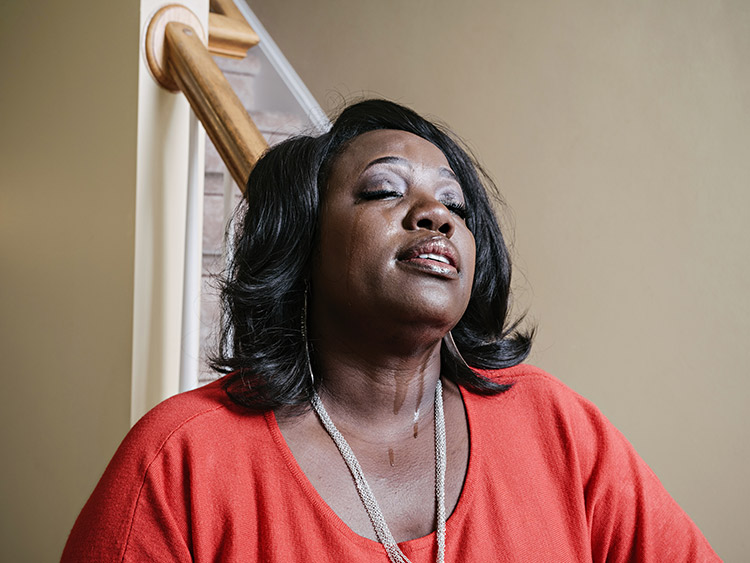 For one whole year, Rose Ann, 51, and her father had a dream relationship. A year ago, she says, "we were at the best place in my adult life."

Her parents' divorce tore the family apart 31 years ago. "My father and I had some years when we did not talk like we should."

Their relationship shifted for the better the day she called him and asked his forgiveness. "He said, 'I thank you, but I don't have anything to forgive you for.'" That was in April 2014. "I can tell you," she says, "one year of right can beat 100 years of wrong."

Her father's example has helped her forgive the gunman, a stranger who was welcomed by those at the Bible study, including slain ministers DePayne Middleton-Doctor, 49, and Sharonda Coleman-Singleton, 45. "That was their final act," she says, then sobs, but recovers quickly. "Who am I not to forgive?" 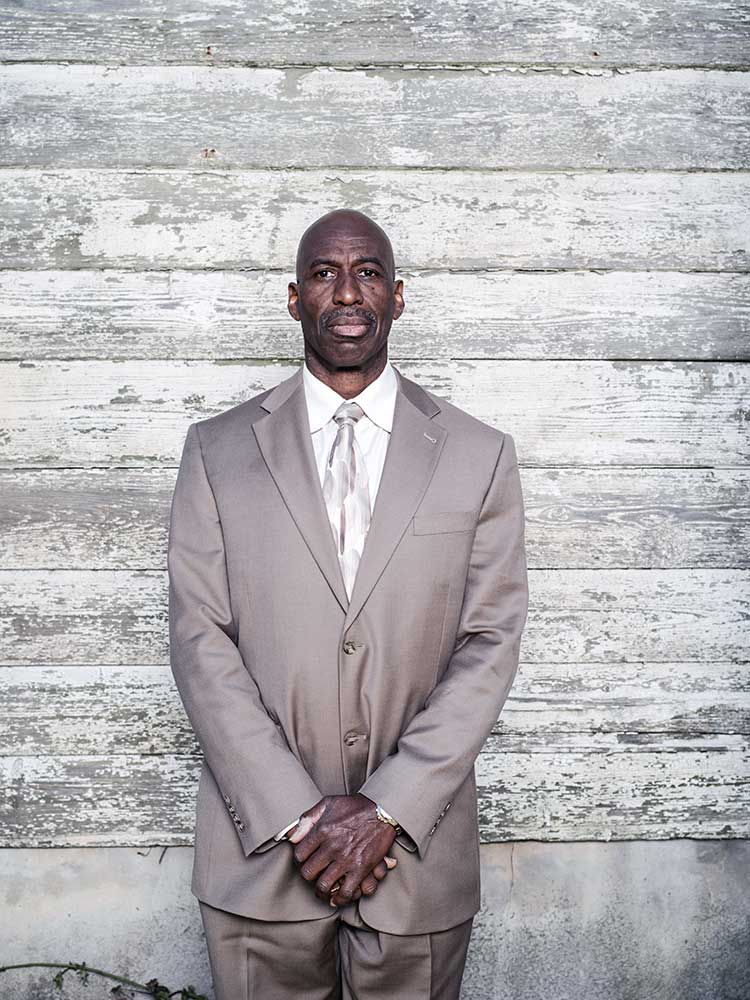 Because of their work schedules, Graham, 62, and his sister, Cynthia, seldom saw each other. They decided that had to change, so Cynthia arranged for him and other family members to join her at a Communion service at Emanuel early last year. He pulls out a photo taken that day, and his eyes fill with tears.

Ironically, the aftermath of his sister's murder has brought Graham some amazing experiences, including an invitation to the White House. "You're happy on the way, then you realize why you are going, the price of that visit," he says.

He hasn't forgiven Roof and hopes prosecutors pursue the death penalty. "Forgiveness is between him and God, and I want the state of South Carolina to arrange for him to see God," Graham says. 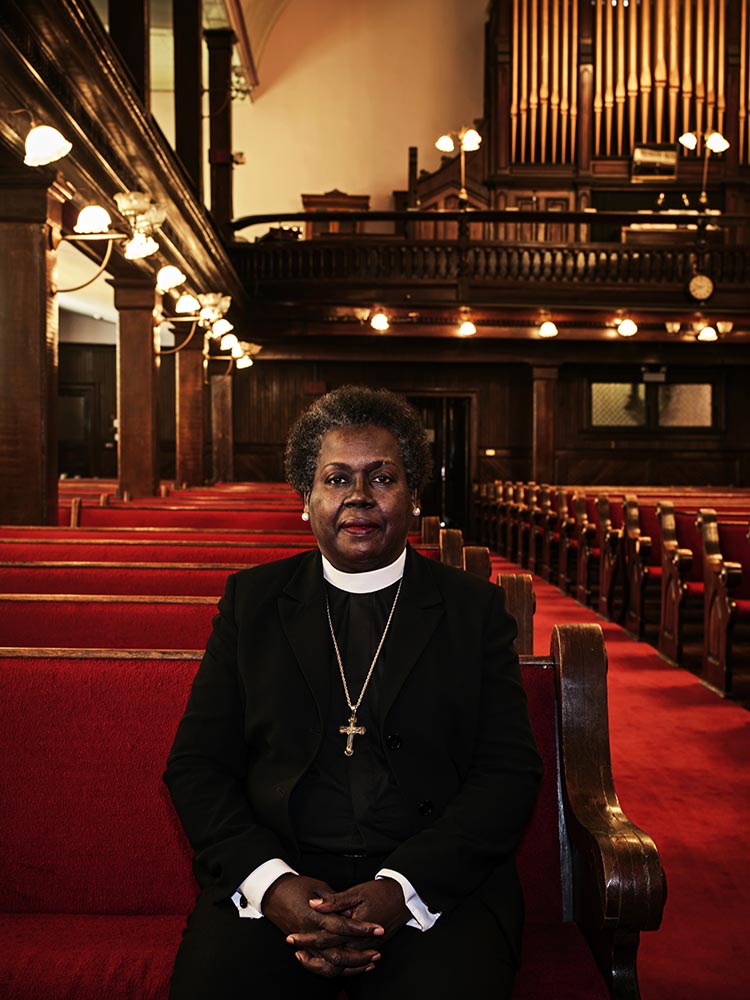 Bible study continues at Emanuel, and for a session one recent spring evening, the Rev. Betty Deas Clark pulls from Psalm 1 a lesson titled "The Content and Happy Man." Behind her a screen shows 16 views of the church's property transmitted by security cameras. A muscular man in a suit never strays far from Clark.

"Life is full of choices, and we have to know the word of God," says Clark, jabbing her finger into the air for emphasis.

She previously served Mount Pisgah AME Church in Sumter, S.C., but knew some of the slain Emanuel members. She believes that the church will be fine with time — and faith. "There is hope for this congregation, an undying, unwavering hope substantiated on a Christ that never fails."

Patrice Gaines is an author and freelance writer in South Carolina