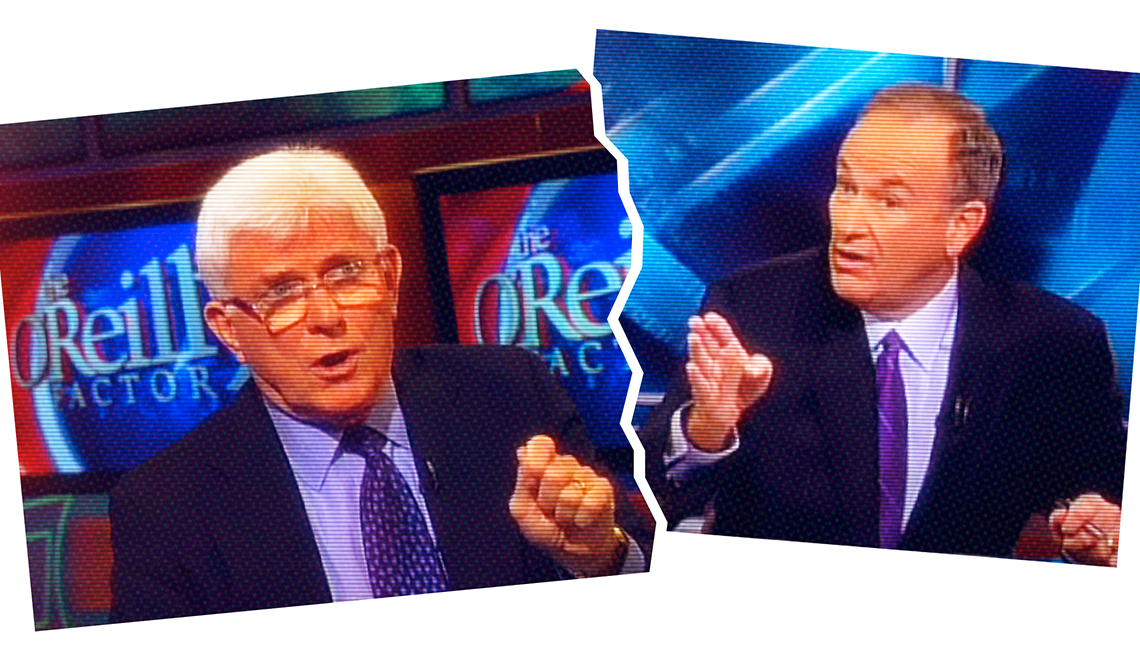 En español | There's an old saying: Never discuss politics or religion at dinner. I'm not sure where that rule was invented, but it certainly wasn't in my childhood home, where loud conversations were as much a staple at mealtime as salt and pepper.

See also: Moms are better than dads at money talks

But after a lifetime of heated debate, I've begun to realize that with age comes a kind of temperance, both in how we express ourselves and how we listen to opposing viewpoints. And I've found that we can get along with people we disagree with, provided we follow a few simple rules.

Despite the high-decibel exchanges we routinely witness on cable TV, yelling gets you nowhere. Or as my husband, Phil, once calmly said to Fox News' Bill O'Reilly during a debate, "Loud doesn't mean right." Humans are defensive creatures, but if we work to keep the flame on simmer, we can keep the conversation from dangerously boiling over.

The best arguers know your hot buttons — and exactly how to push them. I'm a devout environmentalist, yet my cousin Mike is always rhapsodizing to me about his gas-guzzler. I eventually figured out that he does this just to get a rise out of me. Now I don't give him that pleasure.

I was once on a panel about equal pay for women with my pal Gloria Steinem when, out of the blue, our adversary began talking about immigration. Gloria didn't miss a beat. "That's another matter we can talk about later," she said, " but for now, let's get back to why women make only 77 cents for every dollar earned by a man." It was a deft move that you can try — you'll be surprised how quickly your friend will abandon a diversionary ploy when confronted.

Listen as well as you talk

Hard as it is for most of us to believe, we're not the only person who feels passionately about an issue. I remember a dinner party at Barbara Walters' home where I went to the mat with a guest about the Iraq War, which I did not support. But I was spellbound when she began telling me about her family's long history of military service. It didn't change my opinion about the war, but it opened my eyes to what it meant to her.

Accept that we're all different

An uncomfortable conversation can make you question your friend's moral fabric and possibly even the friendship itself. "Do I really like him after all?" you think. When faced with that dilemma, I remind myself that none of us is perfect and none of us is always right (despite what we might tell our spouses).

Know when to let go

The headlines may change every day, but friendships—good friendships—are lifelong. There are relatively few topics that are worth losing a friend over. So if you're out to dinner with a dear pal and you get into a political argument, save yourself the trouble and order dessert. Affairs of state can sometimes wait. Ice cream can't.