When asked how he wants to be remembered, Maj. Gen. Tony Taguba said, "a good family man and a great soldier who did his best to serve his country and contributed to the wealth and power of our nation." Looking at his career as a distinguished military man, a mentor to young leaders and a father, he's close to achieving that goal. 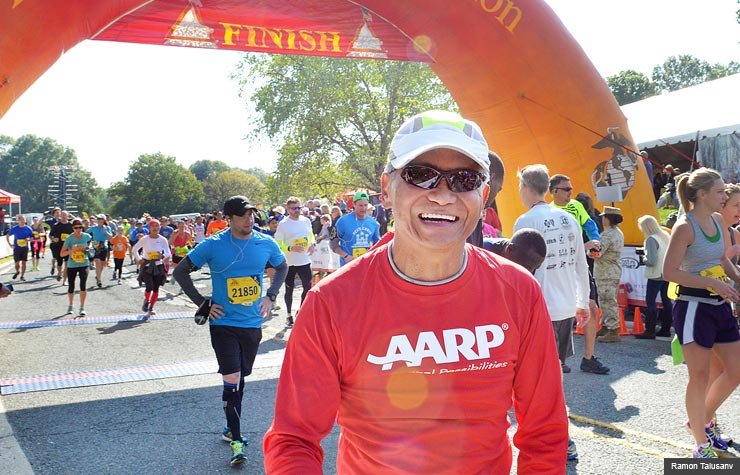 Born Antonio Mario Taguba in Manila, the Philippines, he was the second of four children. His father was a soldier in the 45th Infantry Regiment, which served with the U.S. Army during World War II. Although his family was near poverty, Taguba said he had a good childhood. His mother was strict about the children's education, making it a priority. As a child, he was an altar boy and harbored aspirations of becoming an ordained priest, but he later changed his mind.

When he was 11, his family moved to Hawaii. His father, who was stationed in West Germany, moved to reunite with his family in Hawaii. When Taguba was a teenager, his father was a strict disciplinarian. The kids were not allowed to watch television from Tuesdays to Thursdays.

During high school, Taguba joined the Junior ROTC Army drill team, which he enjoyed immensely. The experience influenced him "to go further" and provided him "the ability to organize." His experience in Junior ROTC, coupled with his father's role in the armed forces, compelled Taguba to pursue a career in the military.

Taguba attended Idaho State University, where many students were ignorant of Hawaii's statehood and questioned him about his tribal origins. "I thought the only way to dispel those misconceptions was to just mix in," he said.

While in college, he worked several jobs to help his family financially. He prioritized graduating within four years because he couldn't afford the tuition to stay in college longer. He graduated in 1972 as a second lieutenant and was selected as an armor officer.

Taguba said that the military gave him "direction and discipline" and that serving his country was "a huge responsibility, but I proved my commitment to sacrifice my life for the defense of our nation." During his 34 years in the military, Taguba moved to various posts in the United States, South Korea, Germany and Kuwait, where he served as deputy commanding general for 10 months.

During his time in the military, Taguba raised a daughter and a son. Because of his career, his family moved 17 times. The frequent moves were hard on his children, who had difficulty making friends, he said. However, he believes that the lack of predictability made his family resilient. Looking back, he counts raising a family as one of his biggest accomplishments and feels a sense of deep pride in his family. His son is an Army captain and recently finished a one-year deployment mission to Iraq.

When Taguba retired in 2007, he was only the second American citizen of Philippine birth to be promoted to the general officer rank in the Army. In retirement, he continues to pursue ways to display his leadership skills and give back to his nation. When asked if he feels a sense of complacency at his age, he scoffs and exclaims, "Just because we're 50 doesn't mean that we're not looking ahead."

Instead of slowing down, Taguba chose to dedicate his time to mentoring young leaders. After leaving the military, Taguba became the chairman of Pan Pacific American Leaders and Mentors (PPALM), where he serves to mentor a generation of young Asian Americans. "If we don't do this, we can't pass down our heritage to the younger generation," he said.

In addition to being a mentor, he volunteers for the United Service Organization, which helps veterans receive their benefits. He also consults for small businesses and does public speaking in the Asian American community. For his dedicated service in the military and his continued pursuit of enriching the next generation of leaders, AARP recently named Taguba as one of three "community thought leaders."

Taguba finds time to enjoy many other activities. He stays fit by running several marathons every year and enjoys hobbies including golf.

Taguba is living proof that retirement can be a fulfilling time for anyone. He implores those 50-plus to seek activities that will keep their minds sharp and contribute to their communities. "I feel as if I've exceeded my own expectations," he said. "I've made great friends and mentors along the way. I had the privilege of leading them and vice versa."

Clarence Cabanero is an intern with Multicultural Markets and Engagement at AARP.