One of the best-known marriage therapists in the country has some new tips for making marriage work and warns that retirement can be a rocky time if couples don't watch out.

Harville Hendrix, best-selling author of books such as Getting the Love You Want, has a new one coming, Making Marriage Simple, with wife Helen LaKelly Hunt. Their philosophy: Romantic love fades (you need to accept that fact), conflict is good (you can use it as a tool for growth), but negativity is destructive (eliminate it. Period). 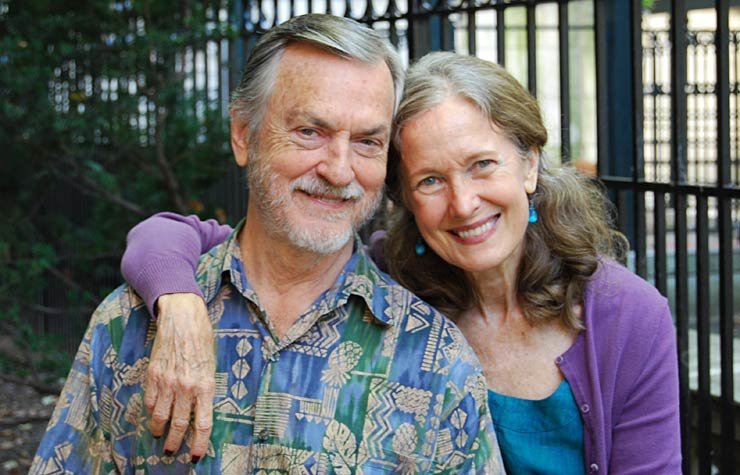 Here Hendrix answers key questions about creating a good marriage, and why he appreciates his wife every darn day.

What is most important in a good marriage?

The core thing that we have learned after all these years is that the feeling of safety that's essential in a great relationship is totally dependent on whether couples are willing to surrender their negativity. That is the tendency most partners have, whether it's mild or severe, to put each other down. To say, "Well, I think we should turn left." "No, we should turn right!" Or, "Why do you like vanilla ice cream?" Any tone that makes me feel less intelligent or less valuable creates a rupture in the connection and triggers anxiety. … The challenge is [to create] what Helen and I call now the Zone of Zero Negativity. Our relationship, the space between us, is empty of negativity.

What one thing would help improve a marriage immediately?

Be present. When we are distracted or distractible, being present to each other is very difficult. We don't make eye contact. We just kind of have parallel conversations but there's no actual engagement. You don't have to be present all the time, but when you are present, you need to be fully present and that means [approaching your partner with the idea that]: At this moment — whether it's one minute or five minutes or 10 minutes — I'm shutting down my internal movie so we can look at your movie.

How can you tell if you're just wrong for each other?

I have a range of responses to that. One response is that if you fell in love, you are going to fall out of love, and that's natural. So if you feel like you married the wrong person [because of that], you're making a cognitive mistake. … You're with the wrong person, probably, if you really do everything you can to make a change in the relationship and you're getting no response. Then you probably are with a person with whom you will never have a great marriage.

What are some crisis points, when marriages can get wobbly?

So many people [on the verge of retirement] are going to run into this awful thing, which is, "I don't have a job and I don't have children to fill up the space between us — and boy, what are we going to do?" It's so easy to fix that, but if they don't have the skills, they're going to have parallel marriages [with no connection] or there are going to be a lot of divorces.

Harville and Hunt's new book, "Making Marriage Simple," will be published in March.

You and your wife write about your ritual of appreciation. Is it still something you do?

Oh, yes, we do that every night and we also make an attempt to do it when we're not together. We do a check-in phone call, and if we aren't able to do a phone call we send an appreciation by email. It has to be current, so it's not like, "I appreciate how kind you are." That loses its power. But, like, "Today, you may have been on the other side of the world, but I appreciate you sent me a one-line note with 'xoxoxo' on it." We always appreciate three things that the other person has done that day.

Why is it important to counsel couples in couples therapy, rather than individuals?

In the '70s I was a psychotherapist in Dallas with a very successful practice that was full of people who had troubled marriages, but they were not there for couples therapy. In the '70s, if you came to talk about your marriage, the focus was on you — how to get what you want in life, how to grow. This is embarrassing to say, but as psychotherapists we contributed to hundreds of divorces, indirectly, by helping people grow in our offices and then they went home to a partner who had not been to couples therapy, so the gap between them was created. These people who would talk to me, [then] get a divorce, showed up again in my office in a year or two talking about the person they had found after the divorce and they were talking about the same problems. They may have changed their self-esteem and their depression and regulating their anxiety but they were not relating better. Relationship skills do not come with genes, they come with practice.