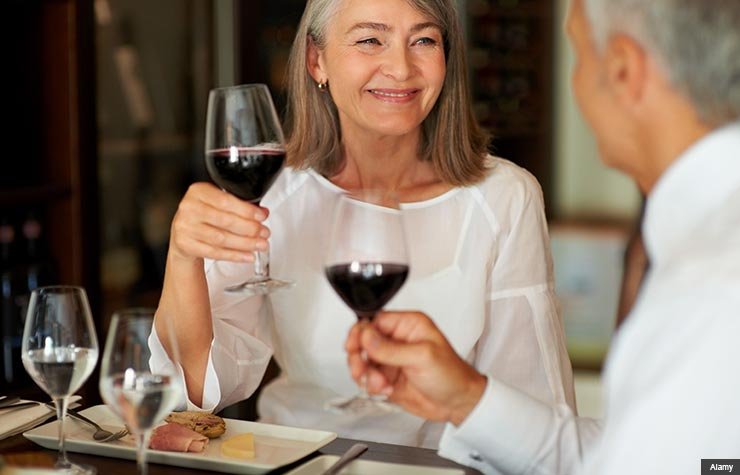 Being a good listener and showing interest will put your date at ease and draw them out.

How much do you know about the person you've arranged to meet tonight? You've gleaned what you could from emails, a phone conversation or two, his online profile or the friend who fixed you up. But you still don't know what to expect — and that's to be expected. To help you get through that first date without having to medicate yourself, let me suggest three rules to follow (and, yes, sometimes break).

Rule #1: Do not take your date's behavior personally

Why to follow Rule #1: If your date is nasty, cheap or orbiting another planet, he was like that before he met you. The way he acts has nothing to do with you.

When to break Rule #1: If you've noticed a pattern — if all or most of your dates act nasty, cheap or extraplanetary — take it personally. Very personally. It means that, like the poor fellow who failed the Grail Knight's challenge in Indiana Jones, you "choose poorly." Really poorly. Now ask yourself: Why do I keep doing that?

We are who we are long before we meet other people. (Just as they are who they are long before they meet you.) Among the men I once dated was one who, within three minutes of our meeting for brunch, started raging about his ex-wife — and then, to my astonishment, about the four ex-wives who preceded her. Another man knocked back three scotches in the time it took me to get through half a glass of merlot.

"Yeah, well, new people make me nervous," he replied. He was lit — and I was put out.

Admittedly, I had — and still have — some sizable issues myself. For example, I repeat myself. I don't do it to annoy people, it's just who I am. The problem is deep-seated and goes back to my childhood. I brought that flaw along on more than one date, where — have I mentioned? — I had a tendency to repeat myself.

Rule #2: Listen more than you speak

Why to follow Rule #2: Most people love to talk about themselves; showing an interest will put them at ease and draw them out.

When to break Rule #2: a) If your interest brings the other person out — far out; or b) if, by nature, your date is the Orator From Hell.

There is patient listening, and then there is punitive listening. You'll understand what I mean if you've ever dated a lawyer.

Or a Stu. Stu was a marketing consultant I dated for all of two nights when I was newly divorced in the mid-1980s. At the beginning of our first date, I casually asked him about his work. He not-so-casually informed me it comprised four main elements: lecturing, private consulting, research and something about data analysis, which — even with the "benefit" of his lengthy explanation — I failed to grasp.

Stu also laid out the structure and format of his work life. For the last three decades.

Not once did he ask about my own writing and teaching. I feigned interest and stupidly accepted a second date — clearly I had not yet learned Rule #1!

On Date 2, I polished off a plate of shrimp scampi while Stu perseverated about some pesky client.

Finally I just had to break out of my shell: "Does that client like shrimp?"

"What's that got to do with anything?" Stu narrowed his eyes, appearing to notice me for the first time.

"Nothing — I'm just angling for a speaking role."

"Are you saying I'm an old windbag?" asked Stu.

"Not at all," I replied. "I don't think you're old! But I do believe I'm coming down with something, so I'd best get myself home." And that's just what I did.

Why to follow Rule #3: Because your gut — not your friend's gut, and not the piano tuner's — is your deepest truth.

If I did cross-stitch, all my pillows would be emblazoned with Rule #3. So if he looks like a rat, guess what? He probably is a rat. If he natters on without pausing for breath (or uses it to belittle you), don't smile and nod — run!

Oh, and if you sense a connection? If he's fun and easy to be with; if he asks you questions because he's eager to find out who you are; if he laughs or smiles at what you say, looks you in the eye and has a twinkle in at least one of his, stick around! I saw all that and more on my first date with my (approximately) 369th suitor, so I went with my gut — and wound up marrying him.