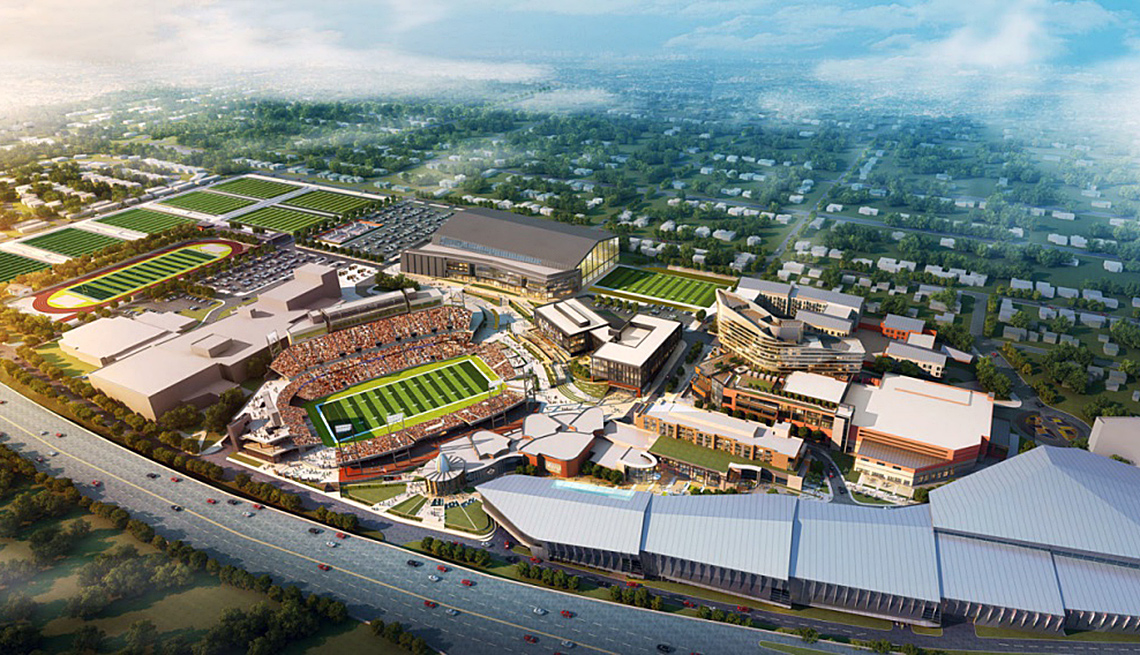 The Legends Landing project is for football greats, their wives, NFL coaches, officials and administrators.

The Pro Football Hall of Fame in Canton, Ohio, is developing a senior housing project on its campus that will provide care for retired Hall of Famers needing assistance in their later years.

The Legends Landing project, which will be located a short distance from the Hall of Fame stadium, will include 143 beds in independent living, assisted living and memory care settings for football greats and their wives, as well as NFL coaches, officials, and administrators, according to Hall of Fame President Dave Baker. The Player Care Center will include a 15-bed orthopedic surgical facility and a behavioral science and addiction treatment center, where they can get help with problems including depression and weight gain.

The facility is scheduled for completion in 2020. Baker estimated the cost to be $50 million to $60 million. Some of the care may be financed by the NFL's 88 plan, which provides up to $130,000 per year for players with dementia.

"This is a time when we need to take care of these guys on whose shoulders we stand," Baker said.

The project comes when ex-players increasingly worry about chronic traumatic encephalopathy (CTE), a degenerative brain disease caused by head trauma. A study released in July found evidence of the disease in the brains of 110 out of 111 deceased NFL players. Hall of Fame players such as Oakland Raiders quarterback Ken Stabler and Pittsburgh Steelers center Mike Webster were diagnosed with CTE after their deaths.