My 84-year-old mother, a retired accountant and insurance broker, was determined to fill out the insurance company application on her own. She consequently didn't tell me about receiving it until she had already completed and mailed it. I later found she had forgotten to include crucial information and supporting documents.

I didn't get mad. I knew it was a matter of pride for her to prove to herself and to me that, despite mild dementia, she was still capable. But I couldn't help feeling exasperated that she was creating extra work for me, including having to confront her with her mistake, track down the right insurance agent to explain her error, and fill out new forms. And I knew from previous encounters that, for my efforts, my mother would resent me for criticizing her. "According to you," she predictably complained, "everything I do is wrong."

My mother is in denial. It isn't that she refuses to believe she has memory problems and difficulty understanding complex matters at times. But, like most of us dealing with unpleasant realities, she has a tendency to minimize those impairments and to judge her own capabilities on the basis of how formidable, and not forgetful, she used to be.

Psychologically, her denial helps her to save face and maintain good spirits. But her denial itself is a manifestation of her increasing cognitive impairments. Her brain isn't as capable of self-reflecting accurately and perceiving her new limitations. 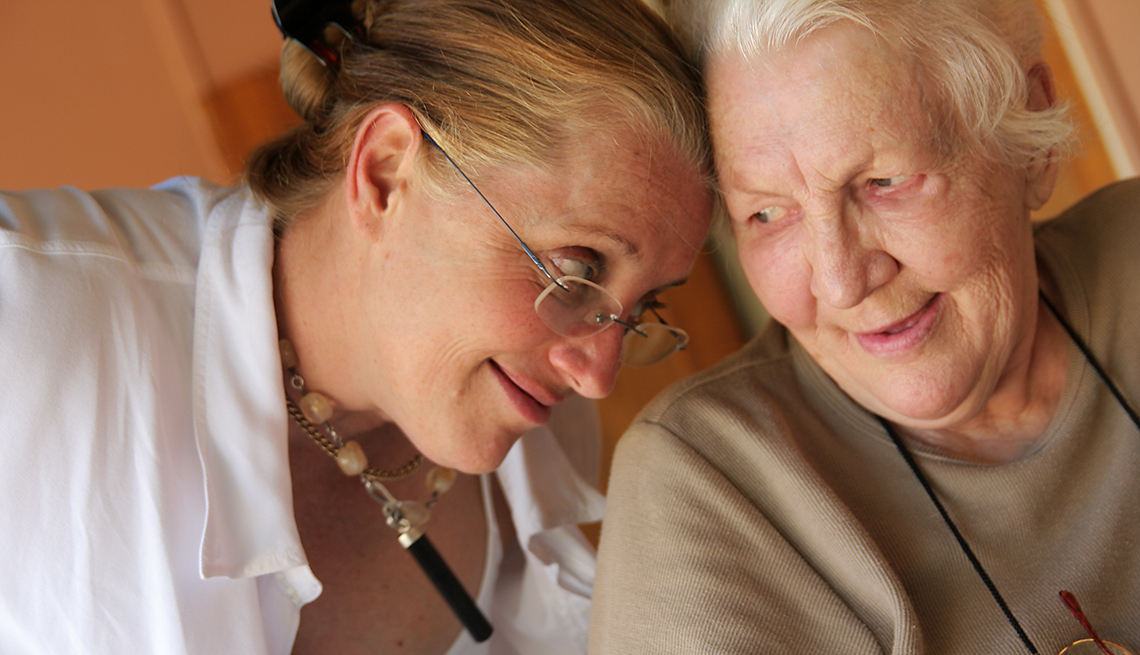 The empathy you extend to an aging parent can ease the acceptance of unwanted change.

I have no vested interest in taking over my mother's life, but I do need to make sure that important matters are handled correctly. If I step in and rain on her parade, then she and I are soon at odds.

Out of respect and a desire to protect a parent's dignity, adult-child caregivers will sometimes turn a blind eye to a tottering father's insistence that he continue to mow his lawn or a mother's fumbling efforts to keep track of her bills. This may seem something like kindness, but really has the effect of compounding denial and putting a parent in harm's way. Confronting a parent about his growing impairments takes courage and the conviction that it's the most responsible action a loving child can take. That should assuage any guilt over hurt feelings.

When pointing out denial, adult-child caregivers can make a stronger case if they are as precise as possible in their assessments of their parents' current capabilities. They should avoid emotion-laden hyperbole and instead offer detailed evidence for their well-reasoned opinions. Say, for example, "Your doctor told you last month that you have developed balance problems. No wonder I saw you almost fall off of the riding mower." This is more effective than stating broadly, "I think mowing is way too much for you now."

A parent is more likely to accept that she has deficits if she also has the consolation that her remaining strengths are recognized and appreciated. In other words, adult children are well-advised to leaven the bad with the good. For example, the child might say, "It seems hard for you to muster the concentration to do the math necessary to pay your bills correctly. I know that you can still prioritize which bills should be paid first and when."

Even when a parent's denial is challenged gently, he is likely to respond initially with anger, as if a bandage is being ripped from a raw wound. He will redouble his efforts to protect his pride, vigorously insisting he is still capable. Arguing with him will only make him more defensive. A better approach for his adult children would be to express understanding for his pain and to continue, over time, to provide evidence that he could benefit from greater assistance.

Don't glory in being right

If adult-children caregivers seem to derive too much gratification from laying bare a parent's mistakes, that parent will feel humiliated and stubbornly cling to denial all the more. Children need to be respectful and humble, realizing that their mother or father is just trying to hold on to a sense of lifelong competence. It is the empathy children extend to an aging parent in these instances that starts the slow process of grudging acceptance of unwanted change.

Barry J. Jacobs, a clinical psychologist and family therapist, is a member of the AARP Caregiving Advisory Panel.

See how Ideas@50+ can impact your life – Register today »