En español | Lying on an examining table in a Colorado medical facility last month, cancer patient Ronald Flanagan, 60, was about to undergo a bone marrow biopsy on his hip when his wife, Frances, unexpectedly entered the procedure room and brought things to a halt. 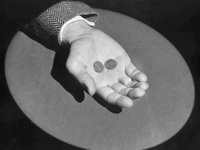 The reason? The Flanagans had underpaid their December health care insurance premium of $328.69 by 2 cents. The administrator of their medical claims, Ceridian Cobra Services, subsequently dropped their coverage, meaning that Flanagan's biopsy wouldn't be covered.

"We were walking out of the facility and we were thinking, 'This may be the last time we'll be here, ever,' " recalls Flanagan, a former engineering technician with multiple myeloma. He needed the biopsy before receiving a donor stem cell transplant. "I was really mad at how heartless and matter-of-fact" Ceridian was.

Frances Flanagan, 55, learned of the lapsed coverage after phoning Ceridian from the medical facility. She says she caused the 2-cent error by inadvertently typing "67" cents instead of "69" while making an online payment.

The Thornton, Colo., couple called Ceridian and several federal agencies in an unsuccessful bid to reinstate their medical coverage. Frances Flanagan, who has diabetes, says she even began rationing her medication, because she wasn't sure when, or if, she and her husband might have medical insurance again.

Call from the CEO

The Flanagans were ultimately reinstated a couple weeks later, something that Ronald Flanagan credits to his sister, Kathy Palmer, 59, of Surprise, Ariz. After talking to her brother, Palmer angrily contacted at least 20 Colorado news outlets regarding his plight.

"I thought, it can't hurt — I need to do something," she says. "I decided to start e-mailing everybody I could."

After the Flanagans' situation received national publicity, their health care insurance was reinstated, and Ronald Flanagan got a call from Ceridian CEO and president Stuart Harvey Jr.

"He just wanted to talk man-to-man about how bad he felt and that he didn't mean to run a company that was that way," Flanagan recounts.

"No one should have to go through what Mr. Flanagan and his family went through," Harvey says. "What happened in this situation is an important reminder that we should always do our best to put the people we serve first."

While Flanagan acknowledges that the company legally had the right to discontinue his insurance, he adds, "All they had to do was turn and look the other way and forget the 2 cents."

Have you experienced difficulties with your health care coverage? Your real stories help us fine-tune our education efforts and strengthen our calls for action on issues that matter most to you. We’re listening. Please share your story with us. Do