Surprisingly, many still say they feel healthier than ever, according to a new report 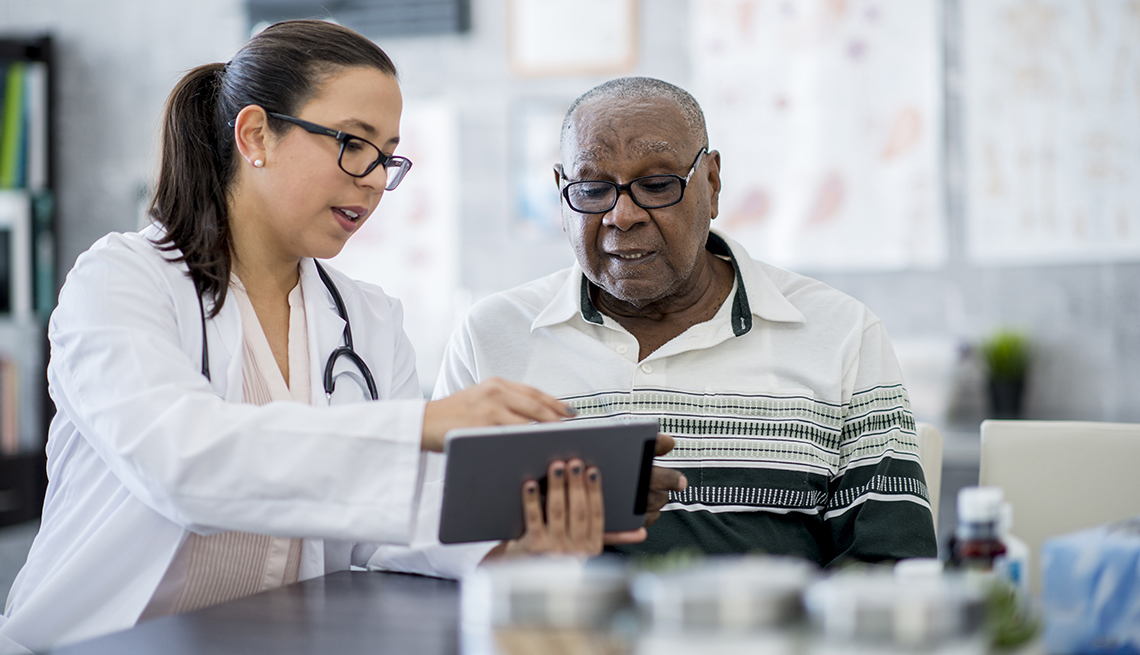 10,000 Americans turn 65 each day. That’s good news, as many of us continue to lead healthy, purposeful and productive lives. But health challenges remain, especially as we exit the worst pandemic seen in over a century.

That’s why this year’s edition of the “America’s Health Rankings Senior Report” is so important. While there is some good news about self-reported health status and use of preventive measures such as flu vaccines, there are also worrisome behavioral health signs, including increased drug deaths, suicides and rates of premature death, according to the new report from United Health Foundation, a philanthropic arm of UnitedHealthGroup.

The report was based on 21 sources, including the Centers for Disease Control and Prevention’s Behavioral Risk Factor Surveillance System and the Center for Medicare and Medicaid Services’ Mapping Medicare Disparities Tool. It examined 62 measures across five categories of health: health outcomes, social and economic factors, physical environment, behaviors and clinical care.

“These have always been issues but have most likely worsened because of the COVID-19 pandemic,” says Rhonda Randall, D.O., executive vice president and chief medical officer of United Healthcare Employer and Individual. “It’s really a call to action for our communities and our public health officials.”

Here are some of the top highlights as well as advice from Randall, who is also a geriatrician, on what can be done to effect change.

Premature-death rates are rising. A decade of progress lowering early-death rates among older adults has been derailed. There was a 17 percent increase in early-death rates between 2019 and 2020, largely due to the pandemic. “That’s the greatest increase we’ve ever seen,” says Randall, who notes that about two-thirds of those representing those increases had a COVID-19 diagnosis on their death certificate. Older Americans of color experienced the greatest spikes: Hispanics saw a 48 percent increase in death rates, and Blacks, Asians and American Indians saw their rates go up by about roughly a third. The early-death rate in 2020 was 3.2 times higher among older Black adults ages 64 to 75 than older multiracial adults.

Drug deaths have doubled among older Americans. The COVID-19 pandemic isn’t enough to explain the increases in premature-death rates. Drug deaths play a huge part of this equation, Randall stresses. The rate of drug deaths doubled among Americans age 65 and older between 2008 and 2010 and 2018 and 2020, from 4.2 to 8.4 deaths per 100,000. “We lost an additional 8,620 seniors over a decade,” she says. While this change was seen across all age groups, it was most stark in those between the ages of 65 and 74: a 147 percent increase. Most of these deaths, she says, are due to older adults taking opioid medications that weren’t prescribed for them. This is alarming, especially since older people don’t metabolize medications as well because of age-related changes in their liver.

Many older adults say they’re healthier than ever. In 2020 about 20 million older Americans reported high health status, the highest seen in the past decade, Randall observes. Since 2011, there was a 13 percent increase in older people reporting that their health is very good or excellent, from 38.4 percent to 43.5 percent. Much of that improvement occurred in the past couple of years, rising from 41 percent in 2019 to 43.5 percent in 2020. This is surprising, given the rising death rate and death rate from drug overdoses, but it may be that those who are relatively healthy are feeling resilient. “Some of it is the sense of, hey, look at me, I came through the pandemic and I’m still alive and kicking,” Randall says. “But it may also be that seniors appreciate the ability to get care at home through telehealth, and the recognition that health care is more than just the 15 minutes they spend in a doctor’s office.”

One silver lining: the uptick in flu vaccination rates among older adults. The rate rose 100 percent over the past decade, from 60.6 percent in 2011 to 67.3 percent in 2020, Randall says. In 2020 about 35 million older adults got their flu shot, the highest rate since “America’s Health Rankings’ Senior Report” began a decade ago. “A lot of older adults got their flu shot and their COVID-19 vaccination at the same time, which may have helped the increase,” she explains. “We just need to make sure that that number doesn’t backtrack moving forward.”

Racial and economic health disparities are prevalent. Drug-death rates among Blacks 65 and older were 10.4 times higher between 2018 and 2020 than they were among older Asians, who had the lowest rates. White college-educated older adults who made more than $75,000 a year were more likely to report a higher health status than people of color or those who had only a high school education. Case in point: College graduates reported a high health status 2.7 times more than those with less than a high school education, and people who made more than $75,000 a year reported this status 2.2 times more than those whose income was less than $25,000. Wealthier adults were also less likely to be obese.

Some states are doing a better job for seniors than others. Utah topped the list as the healthiest state for older Americans, according to the report. Among its successes: low rates of smoking and heavy drinking, and low risk of social isolation. Vermont, Minnesota, Connecticut and Colorado round out the top five. Bottom of the list? Mississippi, with a high premature-death rate, high risk of social isolation and very low levels of physical activity. But no state is perfect, Randall points out. “Every state in this report has strengths, and every state has room to improve.” Utah, for one, has a high prevalence of falls and a shortage of geriatric providers, while Mississippi has low rates of excessive drinking, falls and housing problems.

Here are three things everyone older than 65 can do to keep themselves healthy, says Randall, who is a geriatrician.

Hallie Levine is a contributing writer and an award-winning medical and health reporter. Her work has appeared in ﻿The New York Times, Consumer Reports, Real Simple, Health and Time, among other publications.

7 Common Health Problems That Can Strike After 50

Some chronic conditions tend to start cropping up in midlife. Here's what to do about them