Why Everything You Thought About Middle-Aged Metabolism May Be Wrong 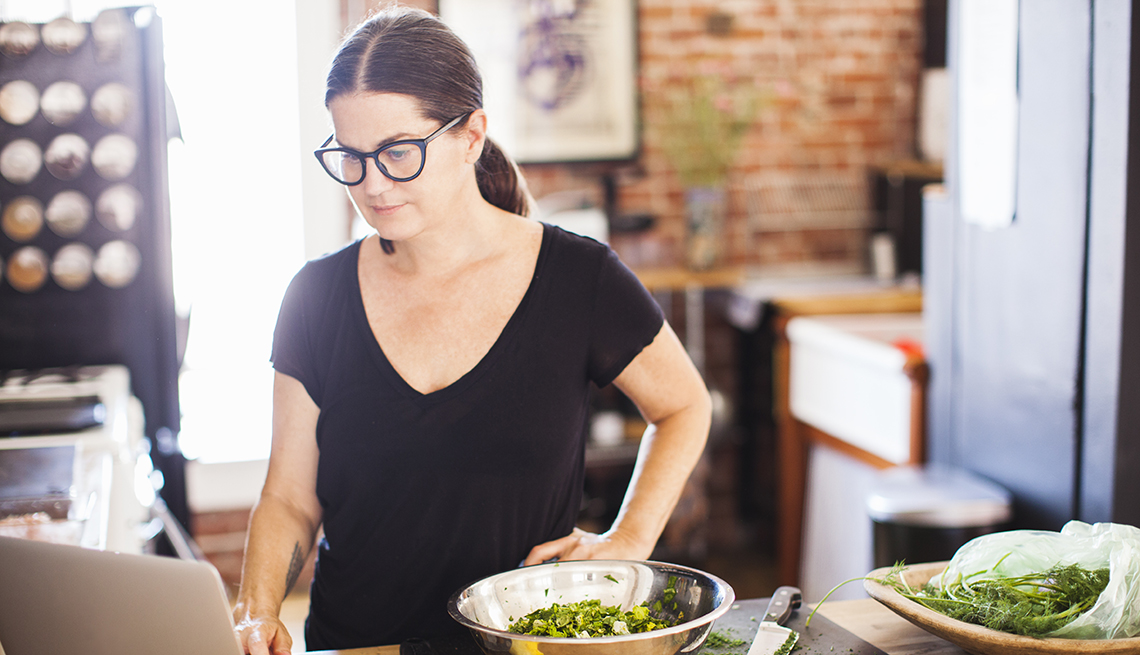 We've all heard the conventional wisdom on metabolism, and it goes something like this: During your 20s your metabolism is firing on all cylinders, zapping enough calories to let you scarf down second helpings and extra slices of late-night pizza with few consequences on the scale. Then midlife and/or menopause come along, jamming up the works on your body's energy-burning engine and leading to middle-aged spread.

While all of this may sound all-too-familiar, a major new study has upended the story about how our metabolism changes as we grow older. That middle-aged slowdown? The idea that calorie burning crests in your 20s — or slumps with menopause? Not true, this new research says. Instead, its evidence shows that age 60 is when metabolism starts to dip — far later than previously believed.

“If you're gaining weight it's easy to say, ‘Oh, that's my metabolism.’ It's almost like a scapegoat. Now that we know it's not metabolism, we can focus on some of those other factors.”

"This is an incredibly important study for people who study metabolism across the lifespan,” says Anthony Ferrante Jr., M.D., a professor of medicine and chief of preventive medicine and nutrition at Columbia University Irving Medical Center. “These data will help frame how people approach metabolic health going forward."

What makes the study so groundbreaking is its scale: It analyzed things like energy expenditure from more than 6,400 people across 29 countries — from 1-week-old newborns to people in their 90s. To capture such information, researchers used something called the “doubly labeled water” method to determine how many calories the subjects burned each day. Considered the scientific gold standard, it involves having people drink water that has been chemically modified to allow scientists to measure how quickly molecules are flushed through the digestive system. The method has been around since the 1980s, but it's complicated and expensive, and as a result most previous studies — unlike this new one — have included only a small number of participants.

What's more, the global team of researchers measured not only how much energy is used to perform basic functions (breathing, healing wounds, pumping blood through your veins), but also the energy used for daily activities like jogging, brushing your teeth — even thinking. To further zoom in on the effects of age and gender, they adjusted the data to account for body size (a smaller person naturally burns fewer calories than a bigger person) and body composition (muscle tissue burns more calories than fat).

What they discovered? In a nutshell:

But the complete story is full of other interesting details. When infants are first born, for instance, their metabolism mirrors that of their mothers. Then, about a month after they enter the world, their metabolic rate begins to rev up — a lot. Adjusting for weight, a 1-year-old burns calories about 50 percent faster than an adult. In fact, toddlerhood — not the teen years or early adulthood — is when human metabolism peaks. After the initial acceleration, your metabolic rate slides about 3 percent every year until age 20, when it plateaus. From there metabolism holds steady until that magic (average) age of 60, and then declines at a rate of .7 percent a year indefinitely.

That was a surprise to Herman Pontzer, the study's lead author and associate professor of evolutionary anthropology at Duke University. “I'm in my 40s, so I expected to see some evidence to back up my subjective experience that my metabolism is slowing down. It feels that way to me! But it's not really what's happening,” he says.

Of course, that doesn't mean that the dreaded middle-aged spread is all in our heads, he notes. (Research shows the average U.S. adult gains one to two pounds a year from early to middle adulthood.) It just means there are contributing factors other than metabolism. “Your stress level, your schedule, your hormone levels, your energy levels are different in your 40s or 50s compared to your 20s,” says Pontzer, who is also the author of Burn, a new book about the science of metabolism. “If you're gaining weight it's easy to say, ‘Oh, that's my metabolism.’ It's almost like a scapegoat. Now that we know it's not metabolism, we can focus on some of those other factors.”

Research has also shown that metabolism and weight aren't always as closely linked as you imagine. “It's not about how many calories you burn, it's about whether you're burning more than you're eating,” says Pontzer. “Just because you have a high metabolism doesn't mean you're better at matching your intake to your output."

Experts say these new understandings on metabolism will have implications beyond just weight control. For example, there may be applications for drug dosing as it relates to the rate at which your body breaks down medication. It might also change the way we treat diseases such as cancer, says Pontzer. “Tumor cells metabolize energy as they grow and divide,” he says. “So cancer may progress differently in younger people with faster metabolisms compared to older people with slower metabolisms."

The study also sheds new light on the aging process, specifically how cell activity changes as you grow older. “There's an age-related decline that happens across the body's systems,” says Pontzer. “One of the exciting things from the study is now we have a map of how this change is happening at the metabolic level — because metabolism is a reflection of how busy your body is.”

If scientists can develop a better understanding of what's changing in cells as they age, it could provide new insight into how to reduce disease vulnerability in older adults, says Rozalyn Anderson, professor at the University of Wisconsin School of Medicine and Public Health Anderson, who studies the biology of aging.

"Around age 60 is when we start to see the emergence and increased risk for age-related conditions like cancer, cardiovascular disease or neurodegenerative diseases,” she says. “When I saw this data, I was immediately struck by the fact that there's also an intrinsic change in innate metabolism that begins at the same time."

Future research could drill down past the first layer of population data, perhaps categorizing study subjects based on their individual metabolisms and seeing if there are differences in their disease outcomes. “How much does your individual metabolism before age 60 dictate the pace of change after age 60?” asks Anderson. “As metabolism slopes downward in older adulthood, is a steeper rate of decline associated with a higher incidence of disease?"

Ferrante says the research provides solid ground for scientists to launch numerous other studies. “This is an incredibly important observational study, but it doesn't get at the whys,” he says. “Now we can begin to answer those questions."

Jennifer Rainey Marquez is an Atlanta-based freelance journalist specializing in health and wellness. Her writing has appeared in Atlanta magazine, Garden & Gun and Women's Health, among other publications.

How Tasty and Healthy Are Top Meal Kits?

A nutritionist tries out four popular brands to find the best options for flavor, diet, cost and more