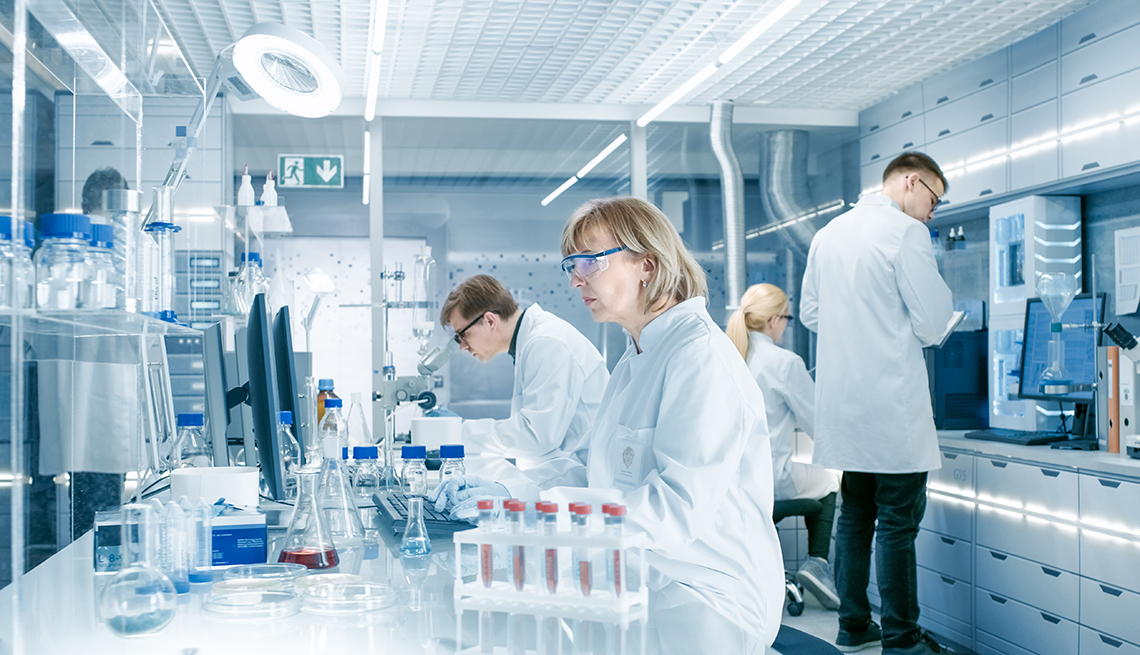 En español | It’s easy enough for anyone to reel off a list of the symptoms of age: sprinkles of gray hair, wrinkles, aches and pains lurking in joints and limbs, an increased susceptibility to illness in myriad forms.

What actually causes each of those things is a much tougher question to answer. But over the last decade or so, scientists and researchers have started to chip away in earnest at the drivers of aging at the body’s most fundamental levels. “As I look back over the advances made in cancer research over the last 20 years, I believe the next 20 years will bring much more knowledge on the causes of aging,” says Jan van Deursen, who researches aging on the cellular level at the Mayo Clinic in Rochester, Minnesota.

There seems to be no single culprit in the process, but rather an array: genes that begin to function differently after a lifetime of accumulated damage, changes in how cells communicate with one another, shifts in metabolism that promote obesity and diabetes, how cells die (or don’t). As damage from one or more of these processes accumulates, our bodies show it in numerous ways: weight gain, disease, reduced mental acuity and function, fading eyesight, inflammation.

As the interplay between impaired cellular function and its effects on the body are better understood, scientists hope these insights will lead to strategies, therapies and pharmaceuticals to not only improve quality of life, but perhaps even prolong life.

“The natural human life span is around 30 years, which we’ve extended by decades,” van Deursen notes. “There’s no evolutionary reason for this life span extension; it’s because we’ve made improvements to our lifestyles and environments. The systems in the human body were not meant to last for so long, and so, like driving a car around for too many miles, the parts start to break down and function incorrectly.”

Van Deursen’s specific area of interest concerns senescent cells, or cells that have become damaged enough to stop dividing yet do not die. Though long thought to be benign and dormant (if unusual), it turns out that senescent cells play an important role in aging.

Senescence is triggered by stress and disease, and is thought to be one of the body’s antitumor mechanisms. While damaged, senescent cells send out signals for the immune system to come and clear them out. But this doesn’t always happen, so senescent cells accumulate slowly but steadily in tissues around the body throughout life.

Yet, it’s been discovered, these cells are far from inert: Senescence induces cells to produce a variety of chemical signals that cause neighboring cells to also malfunction. Further, they accumulate faster in areas of the body already weakened by other stress or physical damage, such as in arteries clogged by plaques.

Van Deursen’s work has shown that removing senescent cells from tissues can reduce or even reverse symptoms — in mice, removal of these cells led to a 25 percent longer life span. This breakthrough helped drive research into drugs and naturally occurring compounds, known as senolytics, that can clear senescent cells from tissues. Two of the first senolytics discovered were dasatinib, a leukemia drug, and quercetin, a naturally occurring compound found in a wide variety of fruits and vegetables. More than a dozen senolytics are currently known.

Though trials in humans are still uncommon, the results of one recent study in people suffering from osteoarthritis of the knees showed improvements in mobility and pain after just one injection; another study in patients with pulmonary fibrosis showed alleviation of symptoms after three weeks of treatment with a senolytic cocktail. Upcoming trials will look at how senolytics might be used for conditions including age-related macular degeneration, glaucoma, neurodegenerative diseases, kidney disorders and decreased cognitive function.

While the potential for senolytics is exciting, van Deursen warns against getting caught up in the hype.

“It’s not a magic bullet that will stop aging,” he says. “These are compounds with broad biological interactions, and we just don’t know enough about how those compounds might affect other systems in the body, or what taking high doses over prolonged periods of time may do.”

Elsewhere in the science of aging and longevity, van Deursen says that he is very interested in the potential of epigenomics, the study of the complete set of epigenetic modifications on the genetic material of a cell. Epigenetics examines how genes are switched on and off by chemical additions to DNA, which alters how the cell “reads” DNA and the resulting downstream processes. In particular, he points to the work of Steve Horvath, a professor of human genetics and biostatistics at the UCLA Fielding School of Public Health.

Horvath’s pioneering work in developing “epigenetic clocks” that track how much of these DNA-changing chemicals accumulate has spurred a wave of interest in how humans age biologically (instead of chronologically). And new research suggests it may be possible to reverse one’s biological age by removing some of these chemicals, known as methylations, from DNA.

The study, published earlier this month in the journal Aging Cell, reported promising results from an epigenetic-related experiment to rejuvenate thymus function in nine men between the ages of 51 and 65 who took a cocktail of growth hormone and antidiabetic drugs. After a year of treatment, most showed improved thymus composition — but also that the treatment had rewound participants’ biological age by 2.5 years, on average.

Though a healthy diet and reducing exposure to environmental toxins are still primary defenses against epigenetic changes, other drugs are also being investigated, including one intended to restore genetic functionality after ovarian cancer.

Finally, the abundance of data and information generated by studies like these means that machine learning and artificial intelligence stand to contribute significantly to future therapies. One example is the potential for the development of an individualized “digital twin,” or a virtual model of your individual health profile and how interventions in lifestyle choices, biomarkers and genetics could prolong life by winding back your biological clock.

For the present, however, van Deursen advises that the best way to live a long and healthy life still comes back to a familiar adage, one with many benefits already backed by science.

“The safest thing to do at the moment to extend healthy life span would be diet and exercise,” he says. “We all age, and all will eventually die, but my interest is in finding ways to do that with greater health and quality of life.”

Michelle Z. Donahue is an award-winning freelance writer who covers emerging technology and science breakthroughs. Her articles have appeared in National Geographic online, Smithsonian.com, Wired and the New York Times.