To Kick a Smoking Habit, Try a Combo Approach

If you're serious about quitting, experts say you should start with two Rxs — and build from there 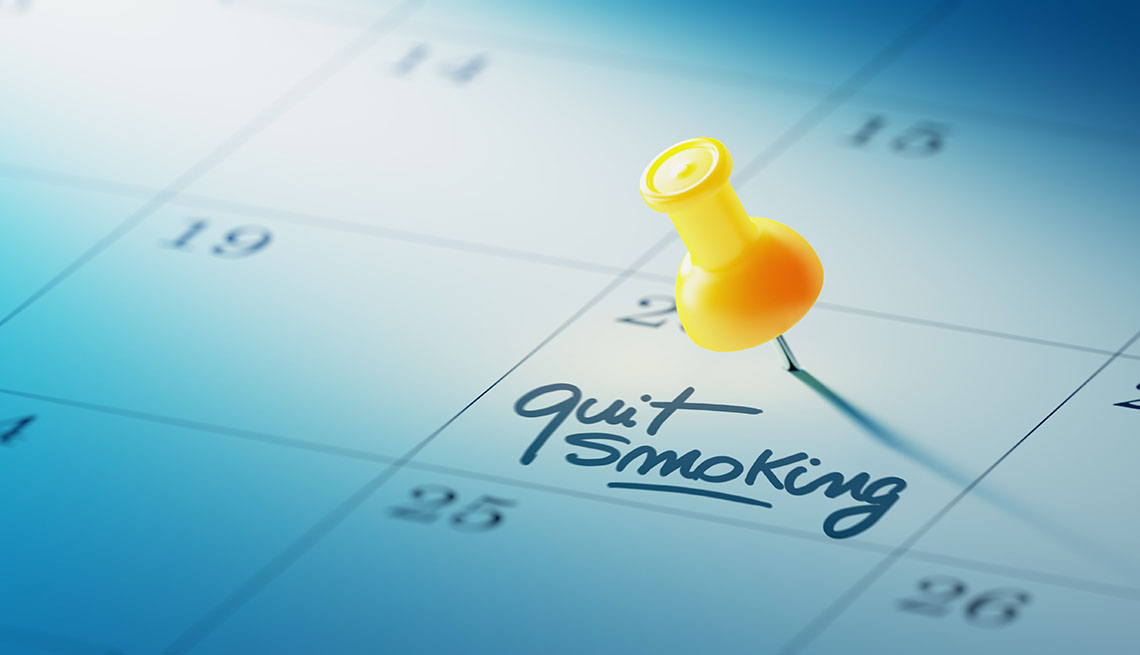 More than half of all adults over the age of 65 who smoke want to quit. Yet only 1 in 20 are able to successfully do so, according to a 2019 study published in Preventive Medicine Reports. One reason their track record may be so dismal is they fail to take advantage of the available treatments. In the 2019 study, only a third of older adults who tried to quit used any sort of proven cessation treatment such as medication or counseling, and only 6 percent followed recommendations to combine both.

"Many older adults have already tried to quit multiple times over the years, so they think there's no real use in trying again,” says Albert Rizzo, M.D., chief medical officer of the American Lung Association. “But we know that your chances rise dramatically if you combine at least one of the FDA-approved medications with some form of counseling.”

It can also help to remember that you reap health benefits from quitting, no matter what your age, Rizzo adds. Within minutes of smoking your last cigarette, your heart rate drops, and within a month, smoking-related symptoms like coughing should improve. “Even if you're 90, your quality of life can improve dramatically — you'll notice that your sense of smell and taste improve, you'll experience less shortness of breath, and within a year your risk of heart attack drops dramatically,” Rizzo says.

Here, five things to keep in mind as you come up with your own stop-smoking plan:

Get a prescription — or better yet, two

There are seven over-the-counter and prescription drugs that can help you quit smoking, says Scott Sherman, M.D., a smoking cessation specialist at NYU Langone Medical Center. These include:

Combining two of these therapies yields maximum effectiveness, advises Humberto Choi, M.D., a smoking cessation specialist at the Cleveland Clinic. “We usually try to start patients on varenicline combined with another nicotine replacement therapy — this appears to be the most effective,” he says.

A 2017 study published in the Journal of Smoking Cessation found that a triple therapy — varenicline combined with the patch and lozenge — can also work well, but the trio approach comes with a high risk of side effects such as insomnia, strange dreams and nausea. This may be especially pronounced in older adults, who tend to be more sensitive to medications, so Sherman recommends that you start with just two, and talk to your doctor about adding on if you feel it's needed.

If hypnosis was the treatment of the 1980s, mindfulness-based therapies are the smoking cessation approach of the early 21st century. “When nicotine gets into your body through cigarettes, it releases a brain chemical called dopamine, which makes you feel good,” explains Jud Brewer, M.D., an associate professor in psychiatry at the School of Medicine at Brown University. “Your brain itself has a built-in reward-based learning system, so each time you smoke, it reinforces a brain pathway that says this is great and do it again."

Mindfulness can help you can hijack that reward system and essentially stub out these cravings, stresses Brewer. One way to do this is to really focus on the sensations of smoking for a few weeks before you officially quit. “When I have patients sit down and really pay attention to it, they notice the burning feeling as they inhale, and the cigarette's unpleasant taste and smells,” he explains. Once you do quit, every time you experience a craving to light up, go back to those specific sensations. A study done by Brewer and published in the journal Drug and Alcohol Dependency found that people who participated in mindfulness training for smoking cessation were about five times more likely to have succeeded at the end of 17 weeks than those who participated in a more traditional smoking cessation program.

Even something as simple as text messages can help you break a habit. Programs like Text2Quit and SmokefreeTXT, which send advice and tips to your cellphone, can more than double success rates, according to a 2014 study published in the American Journal of Preventive Medicine. “Just something as simple as sending out text messages several times a day can make a big difference, because it keeps you accountable,” explains Sherman.

Use of quit apps is another important strategy because you can use them to track cravings, get motivational messages, find tips and distractions to help you manage cravings and bad moods, even monitor progress toward smoke-free milestones. Try to look for an app that encourages you to accept smoking triggers (like iCanQuit), rather than just avoid them. Apps that focus on acceptance are almost 50 percent more effective in helping you quit than those that teach avoidance, according to a study published last year in JAMA Internal Medicine. Another option is a mindfulness-based app, like Brewer's To Quit. A study published in 2019 in the journal Neuropsychopharmacology found that people who used the app for a month reported significantly reduced cravings and lower cigarette consumption than those who used a more traditional smoking cessation app.

Be careful with e-cigarettes

If you're desperate to stop smoking, you may wonder about switching to e-cigarettes, battery-operated devices that heat nicotine into a vapor that you breathe in. Since this vapor has fewer toxins than cigarette smoke, it may be considered a safer option than smoking. A 2021 review looked at 56 studies involving nearly 13,000 adults and concluded that nicotine e-cigarettes were more effective at helping people quit smoking than standard treatments such as nicotine replacement therapy, or nicotine-free e-cigarettes.

But e-cigarettes aren't without health risks, as the vapor they generate contains potentially dangerous substances, including lead, volatile organic compounds and cancer-causing agents. “Often the amount of nicotine found in one e-cigarette is higher than what's in a pack of regular cigarettes,” says Choi. “This can increase your blood pressure and heart rate, which is very dangerous for someone who already has preexisting heart or lung disease.” Even if you don't have these conditions, e-cigarettes can still carry side effects such as mouth and throat irritation, headache and cough. “There's also some research to suggest that some people try e-cigarettes as a way to stop smoking, and then end up using both,” adds Rizzo. That's why groups like the Centers for Disease Control and Prevention and the American Lung Association recommend that you use FDA-approved stop-smoking medications with proven track records of efficacy and safety rather than e-cigarettes.

When you try to stop smoking, it's normal to have a slipup — or several. “It may take 10, or 12, or even 20 times before you become successful,” says Rizzo. The good news is once you make it past those first few months, your odds of starting the habit up again drop dramatically — by as much as 87 percent at six months, according to one study published in the British Medical Journal. Consider each quit attempt a victory, and the longer it lasts, the better.

If you do fall off the wagon, it's important to figure out what causes you to slip up, Rizzo says. This way, you can use the information to your advantage on your next go-round. You may want to switch a medication, or try a different app or counseling strategy. “What's important is that you continue to keep trying until you succeed,” Rizzo says.

What Is Mindfulness? And Why It Might Make You Happier

How to Create Healthy Habits — and Get them to Stick

5 Ways to Be Happier Now