Top 5 Foods to Feed Your Brain

Memory-boosting nutrients to work into your diet

Think about it: The foods you eat have a huge impact on your body, from your energy level to your heart health and beyond. Your brain is no exception, and research shows that things like the MIND (Mediterranean — Intervention for Neurodegenerative Delay) diet, which focuses on specific brain-beneficial food groups, is linked with better brain health as well as dementia prevention.

Research also shows that the same benefits can’t be obtained from consuming the same nutrients through supplements. While the reasons for this aren't completely understood, experts believe they may lie in how pills and foods metabolize in different ways in our bodies.

Here are what experts say are the top five foods you should be eating for brain health, and easy ways to make room for them in your diet. 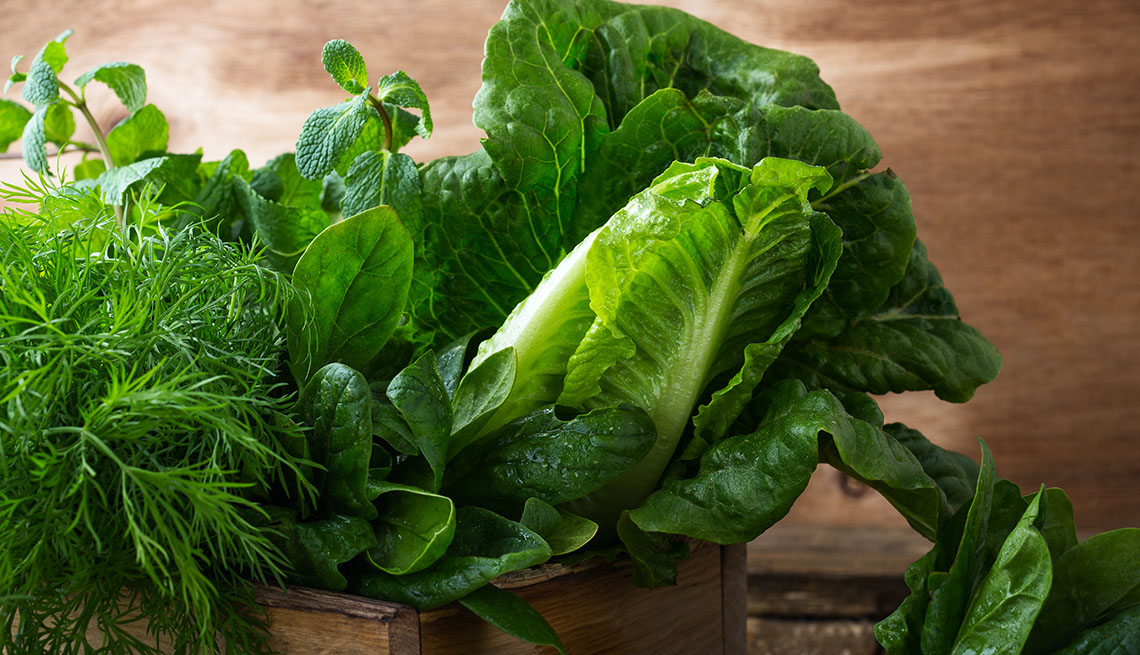 Of all of the foods included in the MIND diet, which was developed by researchers at Rush University Medical Center in Chicago, leafy green vegetables stand out as an especially important category.

People between the ages of 58 to 99 who ate a heaping half-cup of cooked leafy greens, or a heaping cup of uncooked greens like lettuce each day, had less cognitive decline — the equivalent of 11 years less — than those who hardly ate any leafy greens, say researchers in one study published in the journal Neurology. MIND diet researchers recommend getting at least six such servings per week.

Get more: Start your day with a kale and mushroom omelet; mix a cup of baby spinach into pasta; dress your dinner plate with a handful of arugula before placing your entrée on top. 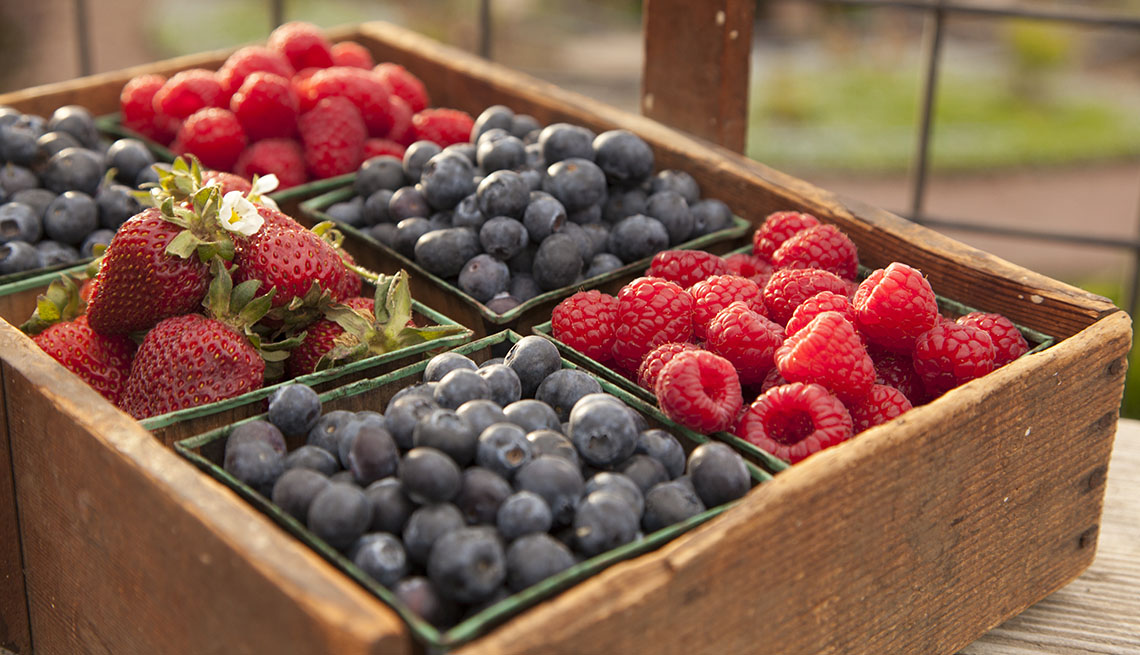 While all fruits pack some nutritional benefit, only berries seem to wield power when it comes to improving brain health. Women age 70 and older who ate one or two half-cup servings of blueberries and strawberries per week had brains that performed as much as two-and-a-half years younger than women who hardly ate any berries, according to a study published in the journal Annals of Neurology.

Researchers say the flavonoid compounds in berries, especially the anthocyanidin pigments that have powerful antioxidant and anti-inflammatory properties and give berries their beautiful hues, may be responsible. Consistent with this research, the MIND diet researchers suggest eating berries two or more times per week.

Get more: Blend frozen blueberries into smoothies; slice strawberries into a salad with avocado and walnuts; mash raspberries on toast with peanut butter in place of grape jelly. 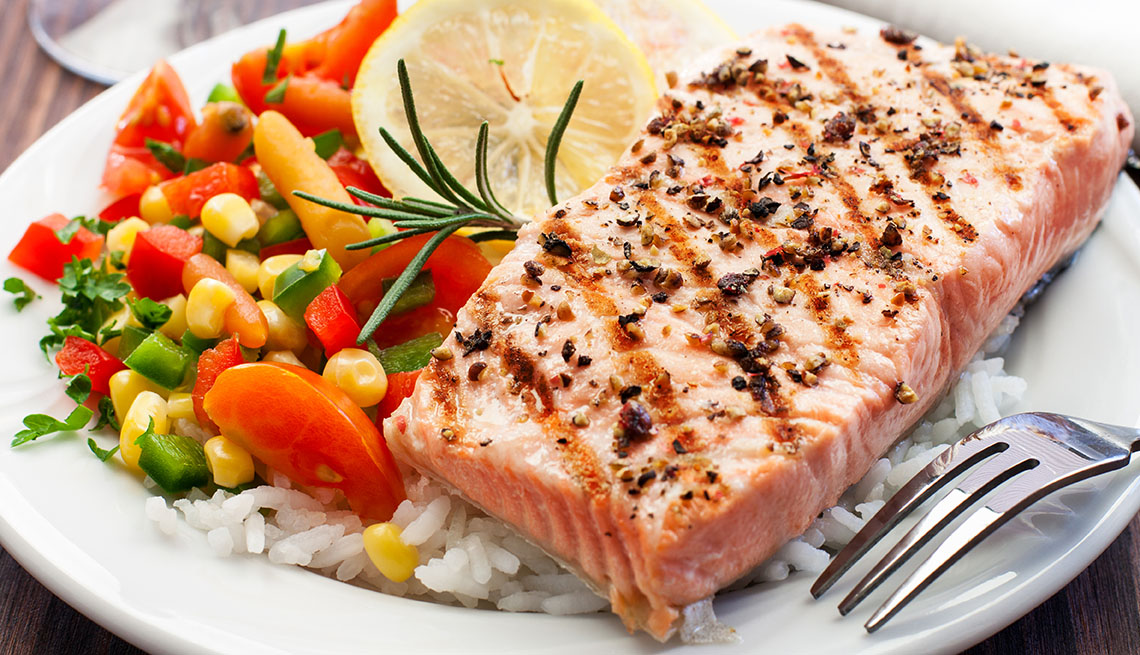 Eating seafood as little as once per week can protect against cognitive decline, according to a 2016 study published in the journal Neurology. When researchers tracked more than 900 men and women in their 70s and 80s for around five years, they found that those who ate more fish saw fewer declines in memory and other measures of brain health compared with people who rarely ate seafood. One reason, say scientists — the omega-3 fatty acids found in fish, which previous research has found can protect the brain in a number of ways.

Omega-3s aren't the only brain-healthy fats, though. Researchers have found that extra virgin olive oil, for instance, contains compounds that help clean up tiny tangles and plaques in the brain, slowing disease progression.

Get more: Have tuna instead of a ham sandwich; swap salmon for grilled chicken on a Caesar salad; make fish tacos with mango salsa for Taco Tuesday. 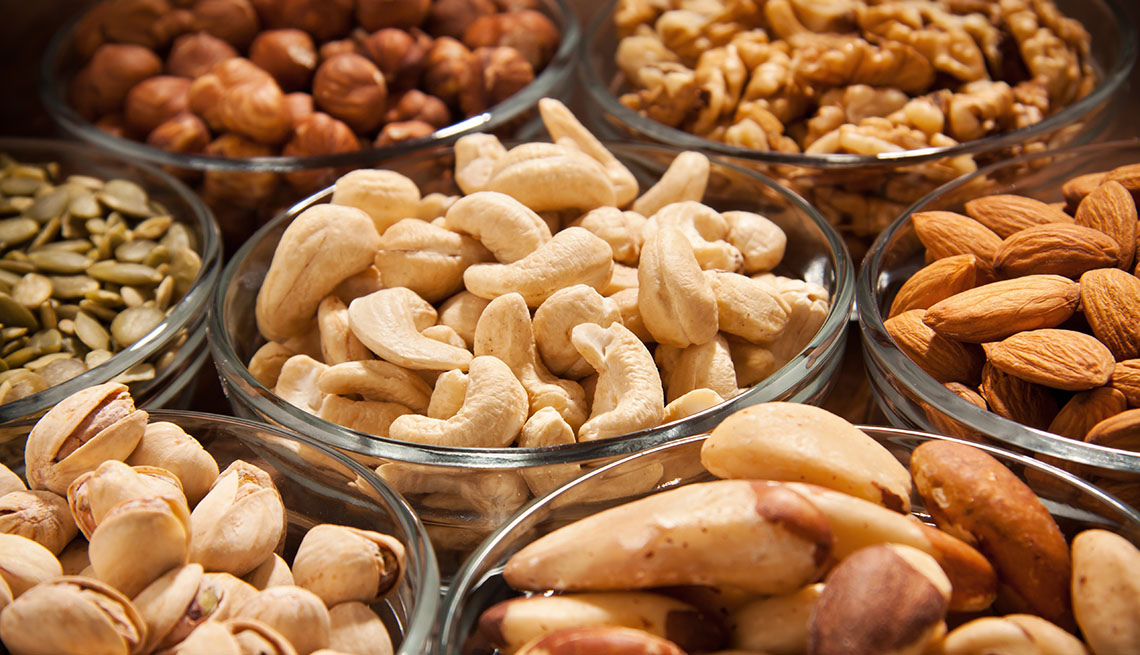 When it comes to eating for brain health, it's okay to go a little nuts. Researchers recommend that you eat five or more servings of nuts like almonds, walnuts and pistachios per week. Women age 70 or older who ate five or more servings of nuts per week, for instance, scored higher on cognitive tests compared with women who didn't eat nuts at all, according to a Harvard University study. The researchers say this may be due to the high concentration of nutrients in nuts; previous research has linked them with reduced inflammation, decreased insulin resistance and improved levels of fats in the blood, which can all contribute to brain health.

Get more: Sprinkle walnuts onto your morning oatmeal; toss sliced almonds into a salad instead of croutons; eat a handful of cashews along with a small apple for an easy snack. 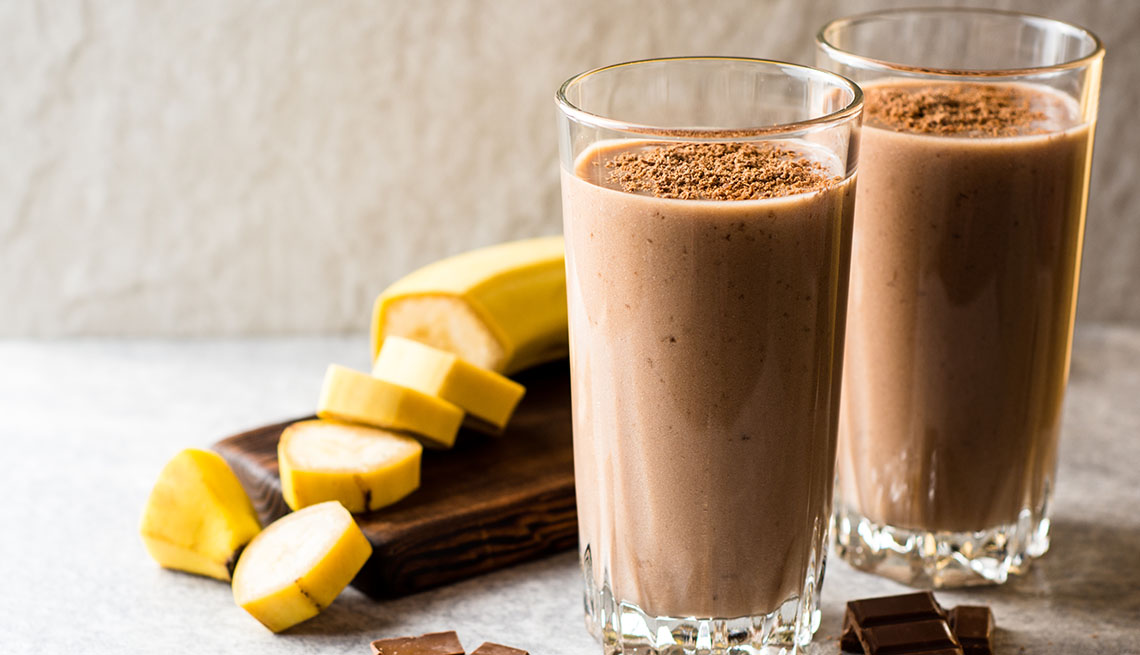 Preventing cognitive decline can be as easy as adding an herb or spice to your food. Cocoa beans are a top source of flavonoid antioxidants, which have long been found to have heart health benefits. Newer research is finding that the flavonoids found in cocoa can also accumulate in the brain, particularly the regions involved with learning and memory, and can prevent damage and protect brain health over the long term. Another spice to include: turmeric, a potent source of the easily absorbed compound curcumin, which may reduce inflammation in the brain.

Get more: Sprinkle cocoa powder into plain yogurt and top with slices of banana; blend into a smoothie for an instant chocolate treat; enjoy two squares of dark chocolate for a rich, satisfying dessert.