How Not to Gain Weight During the Holidays

Indulge wisely during the most 'carbiest' time of the year 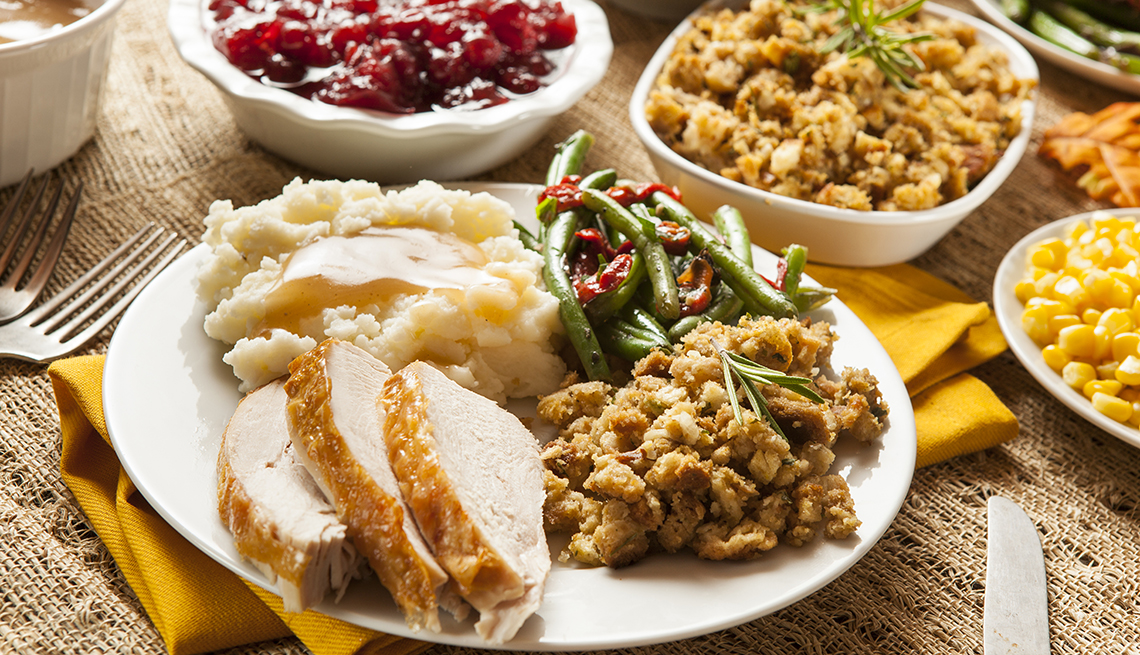 Two pounds. That's how much adults gain, on average, after Thanksgiving.

Not too bad, you might be thinking, considering the free pass you give yourself to just go for it. (And by “it,” we mean all the gravy-soaked turkey, stuffing, mashed potatoes, buttery rolls and marshmallow-smothered sweet potato casserole you can possibly fit onto your plate.)

But here's the thing: Those 2 pounds may seem harmless enough, but the older you get, the harder it becomes to lose weight. Two pounds here and there can quickly add up.

Are carbohydrates — arguably, the most maligned source of calories — the culprit?

"They can be,” says Kristin Kirkpatrick, a Denver-based registered dietitian and author of Skinny Liver, who notes that it depends on which kind of carb you're talking about.

As any nutritionist will tell you, not all carbs are created equal. Simple carbohydrates — the kind found in candy, soda and sugar — are digested quickly and send immediate bursts of glucose into the bloodstream.

Complex carbs, on the other hand, are found in starchy vegetables and whole grains, and are digested more slowly. It may be easy enough to focus on the smart, complex kind most days of the year, but at Thanksgiving, even good-for-you carbs like sweet potatoes can go from healthy to unhealthy faster than you can say “casserole with-marshmallows.”

"The bulk of the carbs on the Thanksgiving table are white rolls and stuffing,” Kirkpatrick says. “And even the complex carbs like sweet potatoes are either loaded with sugar or, in the case of white potatoes, too high on the glycemic index. This can cause a rapid rise and fall of blood sugar and actually cause you to overeat."

But no one's suggesting you go no-carb at Thanksgiving. You can still have your pumpkin pie and eat it, too — without gaining a pound. Here's how.

Don't save yourself for the meal

It might be tempting to bank calories and carbs by eating less the day before Thanksgiving or by making the feast your only meal of the day. But doing so only sets you up for a pig-out, says Keri Gans, a registered dietitian nutritionist in New York City and author of The Small Change Diet.

"If you've been following a healthy eating plan, then continue doing so right up until the day. If you start to reduce your intake, that will only make you that much hungrier the day of, which makes it harder to make smart decisions,” Gans says.

Speaking of smart decisions: Eat a high-protein breakfast on Thanksgiving morning. A stack of research shows that doing so can help control cravings throughout the day and reduce overeating later. Unless you typically follow an intermittent fasting plan, “have a healthy breakfast as you normally would, focusing on consuming at least 15 to 25 grams of high-quality protein,” Kirkpatrick suggests.

Pick a strategy — and stick with it

"There are two ways to approach the day,” Gans says. “The first way is to eat whatever you want and make sure to get back on track immediately the day after.” [As in: No big plate of leftovers allowed.] The second way, she says, is to simply be more mindful. “Choose your favorite dishes and watch your portions. Whatever fits on one plate, enjoy — but no second helpings.”

Other tricks to help avoid carb loading on Thanksgiving: Fill your plate with vegetables and salad before moving on to the entrees and desserts. And “eat until no longer hungry, but not to fullness,” Kirkpatrick says. “I tell my patients that if they want to eat everything on the table, it's fine. But choose small amounts of each item.” And be especially light on dishes that have been doctored up almost beyond recognition (any recipe that calls for a can of soup, for instance).

If you're tempted to go back for seconds, wait a full 15 minutes before doing so, suggests Dawn Jackson Blatner, a registered dietitian nutritionist in Chicago and the author of The Superfood Swap and The Flexitarian Diet. After 15 minutes, if you still want more, zero in on the foods you love — as opposed to simply like — and try to chew each bite as much as you comfortably can.

In a study of people at an all-you-can-eat buffet, published in 2012 in the journal Obesity, those who chewed an average of 15 times per bite of food had lower BMIs (body mass index, a ratio of weight to height used to estimate how close a person is to a healthy weight). “Giving a 15-minute pause, and chewing more, slows down the tempo of the meal, giving your body and mind the time to truly register fullness,” Blatner says. “It also allows you to enjoy your food more, rather than rushing through it."

Lighten up your favorites

In some cases, you can tweak the perennial favorites — swap simple carbs with complex carbs — and nobody will be the wiser. For instance: Serve whole-wheat rolls instead of white. Use whole-grain or sprouted bread in place of white in your favorite stuffing recipe. Skip mashed potatoes (yes, really) and serve mashed cauliflower instead. And instead of sweet potato casserole, try roasted sweet potatoes topped with pecans, nutmeg, cinnamon and a little maple syrup.

As for desserts, if you're baking your own, know that “you can eliminate 30 to 50 percent of the sugar without needing to add anything in its place,” Blatner says.

Hit “restart” the day after

"Have fun on Thanksgiving, but get back to your healthy routine the next day,” Blatner suggests. Send guests home with the leftovers or save them for yourself, but make turkey and veggies the star of the post-Thanksgiving meal, and give carbs a supporting role.

"You can include leftovers in your healthy next-day meal plan,” she says. “Just be sure to balance them with veggies.” For example: “Turkey plus roasted veggies, or salad plus one favorite holiday carb, to give post-Thanksgiving leftovers a balanced makeover.” And try eating in that order, too. Research suggests that eating carbs last may help eliminate the sort of post-meal blood sugar spike that makes you want to eat more.

Another trick: If you don't already, make a habit of stepping on the scale every day throughout the holidays. A recent study found that overweight participants who did daily weigh-ins prevented additional weight gain between Thanksgiving and New Year's Day. Now that's something to give thanks for. 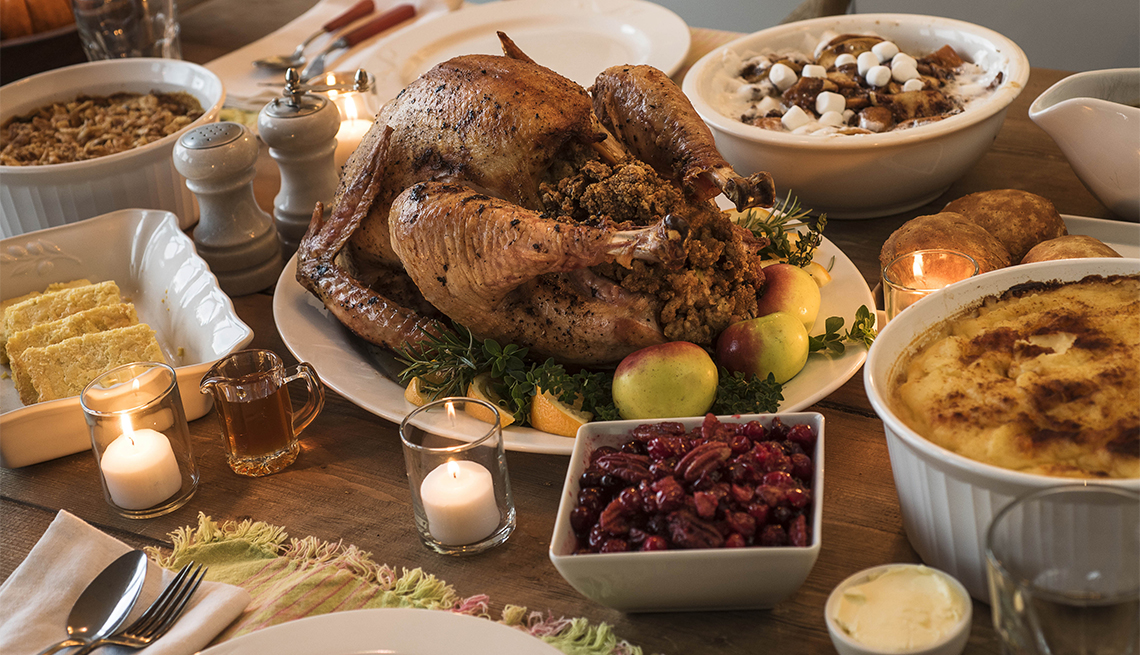 Tips for a tasty, stress-free meal 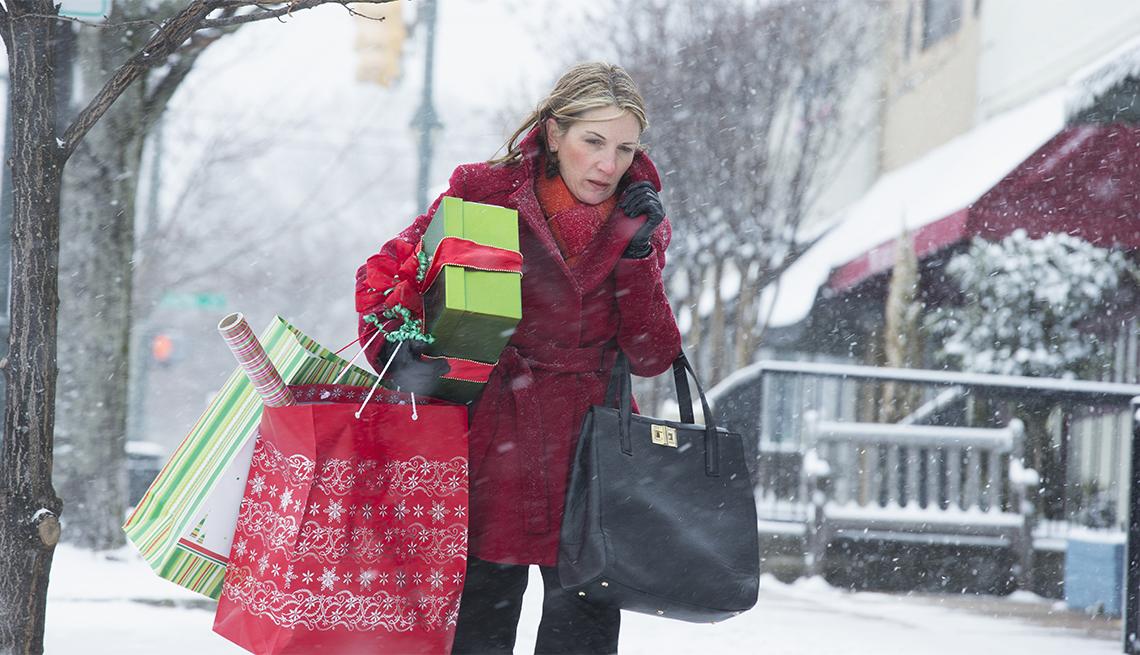 How to Beat Holiday Stress

Whether you're feeling anxious, worried or lonely, we've got tips for bringing back some peace of mind
%{postComment}%